Thinking of driving into central London? You’ve come to the right place. That’s because the ULEZ (Ultra Low Emission Zone), is in place and has been extended to cover much of the capital. It’s aimed at reducing pollution in central London, and will hit owners of older cars hard in the pocket.

Previously, it was limited to HGVs, but it since April 2019 applies to cars and small vans. However the zone has been expanded, and is now 18-times larger, and many drivers could face fines of £160 for driving their non-compliant vehicles around the city.

What is the ULEZ and what cars are exempt?

The ULEZ is a large area that covers central London which some vehicles need to pay to enter in order to lower the amount of traffic there. The vehicles that are exempt from paying the ULEZ charge are either the most recent, lowest polluters or cars registered as Historic and are more than 40 years old. The ULEZ charge is valid 24 hours a day, and seven days a week, including public holidays.

More specifically, the ULEZ charge applies to any diesel car or van that doesn’t meet the Euro 6 emissions standard, which essentially means most registered before September 2015. Petrol cars don’t face such stiff limits – it applies to all pre-Euro 4 cars, with all post September 2005 cars being ULEZ compliant.

How much is the ULEZ charge?

For most cars and light commercial vehicles, it costs £12.50 per day to enter the ULEZ. That’s on top of the existing congestion charge of £15.

How do you pay the ULEZ charge?

If you’re used to paying the congestion zone charge, you won’t notice any difference – just the amount you pay. There are signposts designating these areas, and Automatic Number Plate Recognition (ANPR) cameras will automatically capture you entering the area.

You can register to automatically pay the ULEZ charge every time you enter, or you can pay online for up to 24 hours after driving in. The fine for not paying is £80, although this doubles to £160 if you don’t pay within 14 days.

Where is the ULEZ?

Put simply, the ULEZ is identical to the current London congestion-charge zone. But this is set to grow in 2021 to encompass the surrounding areas. There are online tools from Transport for London (see links at the bottom of this page), which show exactly which roads do and don’t fall into this area.

Does my car qualify to pay the ULEZ?

You can find out for sure if your car is liable on the TfL registration checker (link at the bottom of the page), but in simple terms, you’ll need to pay if your car falls into these categories:

In simple terms, petrol cars made after September and diesels after April 2015 should be okay, but check the tool at the bottom of the page to be sure. Also, your car’s logbook will say which emissions standard category it falls into.

All of these standards are explained in the Parkers guide to emissions standards. If you have a classic car that’s more than 40 years old and registered ‘Historic’, you’ll be exempted from the ULEZ charge. 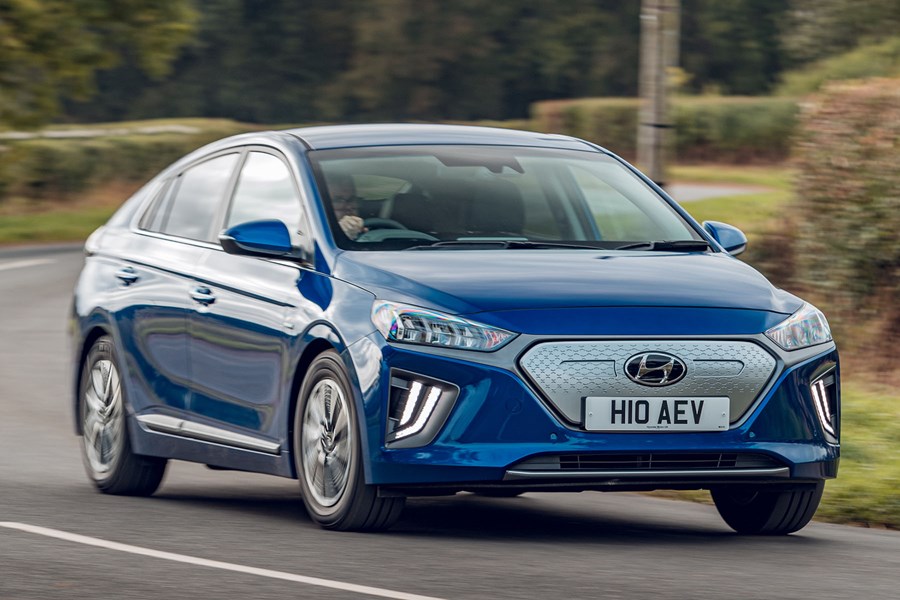 The Hyundai Ioniq bears more than a passing resemblance to the Toyota Prius, but unlike its Japanese rival, the Hyundai is available as a hybrid, plug-in hybrid, and as a fully electric car.

It’s not the most enthralling driving experience, but that’s not what this kind of car is about. It has a bulletproof reliability record, which is reinforced by Hyundai’s five-year warranty.

The Ioniq has another ace up its sleeve – it’s a bit longer than some of its rivals like the Ford Focus or Nissan Leaf. That means there’s plenty of space inside, something not lost on the Uber drivers of London.

On one level, the i3 is BMW’s small and groundbreaking electric car that caught the rest of the car industry napping. While on the other, it’s simply a modern looking personal pod that looks just at home driving past a 13th-century gothic Abbey as it does cruising down an urban set piece.

It’s a bit smaller and more expensive than a Nissan Leaf, but it also feels more premium too. It’s available as a pure EV, or with a range-extender petrol engine. This acts as a generator for the battery to increase the car’s range. 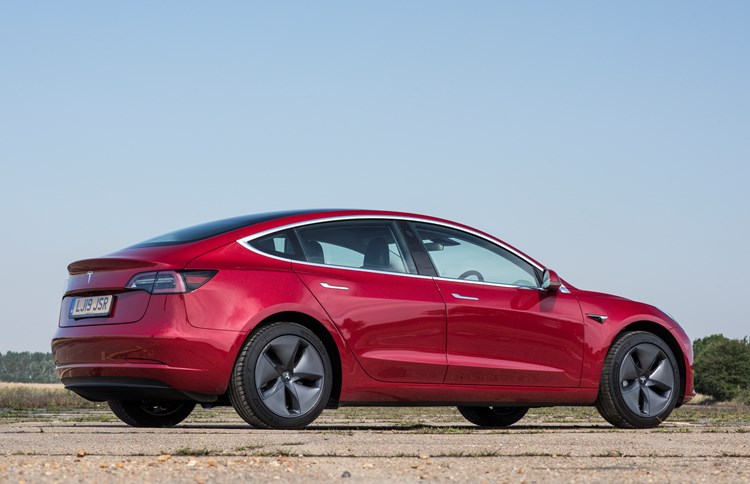 Tesla hit the headlines in 2019 by releasing this, it’s most affordable car to date. It’s certainly more affordable than the Model S saloon and Model X SUV, although the £40,000 or £500 per month is still a pipe dream for most.

Nevertheless, it’s priced to compete with mid-range executive cars like the BMW 3-Series and it offers a different kind of experience, because it’s completely electric. The range ranges from 254-miles to 348-miles, while its impressively minimalist interior is a great place to be. Well, if you like big screens and hate buttons.

We voted it as our Parkers New Car of The Year for 2020 too.

>> The official ULEZ vehicle checker
>> ULEZ where and when

Advertisement
London ULEZ: what you need to know