What is the Honda Civic?

The Honda Civic is a compact range of family cars now in its tenth generation, and is arguably one of the most popular and named badges in the world. Its look and feel have changed dramatically during its life, with some significant revolutions being made to the Civic's styling - and size - in that time.

Previously the Civic was a much smaller hatchback than it is today, but in its current form it's one of the largest of the medium-sized family hatchbacks, rivalling the popular alternatives such as the Volkswagen Golf, Ford Focus, Vauxhall Astra and Skoda Octavia.

The Civic sits above the Jazz in the Japanese brand’s line-up, and is now the largest non-SUV range Honda offers in the UK following the demise of the Accord and Legend.

Which versions of the Honda Civic are available?

Launched in 2017, the Mk10 Civic line-up is a much simpler affair than many of its predecessors, with just two bodystyles on offer.

By far the most popular is the five-door Honda Civic Hatchback, but it was joined in summer 2018 by the slightly more traditional (and more expensive) four-door Honda Civic Saloon. Britain misses out on the Civic Coupe that remains a strong seller in North America. 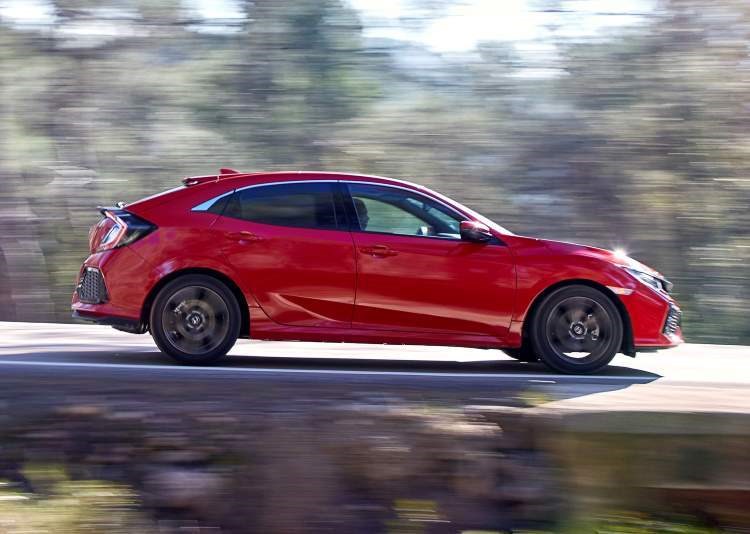 So similar are the two silhouettes that you really need to see them from a rearward angle to appreciate the Saloon’s additional 130mm of length.

In terms of engines available in the Honda Civic, there’s not much choice. For the mainstream range there are two VTEC petrol engines – a 126hp 1.0-litre and a 1.5-litre producing 182hp – are offered alongside a 120hp 1.6-litre diesel.

For those seeking exciting performance, the Civic Type R has a 320hp 2.0-litre VTEC petrol motor nestled under its bonnet. Note that like the 1.5-litre petrol, the Type R isn’t available with the Civic Saloon bodystyle.

All engines are turbocharged and are available with either a six-speed manual or (except on the Type R) an automatic transmission – a CVT for the petrols and a conventional nine-speeder for the diesel.

At least trim levels are plentiful, with hatchback range following an SE, SR, Sport Line, EX, Sport, Sport Plus and Prestige hierarchy, with the Type R crowning the range. For the saloon, just SR and EX trims are available.

What is the Honda Civic Type R?

Crowning the range as a bulging-bodied, bewinged flagship is the Honda Civic Type R. Subtle it is not.

Easily identifiable alongside other Civic Hatchbacks, the Type R has a deeper front spoiler, blistered wings, an outrageous rear aerofoil and a trio of wide-bore exhausts. The finishing touch is the scarlet background for the Honda badging.

Producing 320hp, the Civic Type R can reach speeds of 169mph, but more important is its incredible handling, barely needing to scrub off speed to tackle a winding B-road.

Although Honda first offered Type R versions of the Mk6 Civic in Japan, it was the first seen in the UK on the Mk7. Hunt-out one of those for a less ‘in-yer-face’ appearance.

Based on Honda’s modular vehicle architecture, the tenth-generation Civic shares much of its underpinnings with the CR-V SUV and a variety of other models not offered in Britain, such as the latest-generation Insight hybrid.

Its styling is a boldly radical departure from the themes shared by the Mk8 and Mk9 Civics and takes some getting used to – it’s graceful from some angles and positively odd from others. 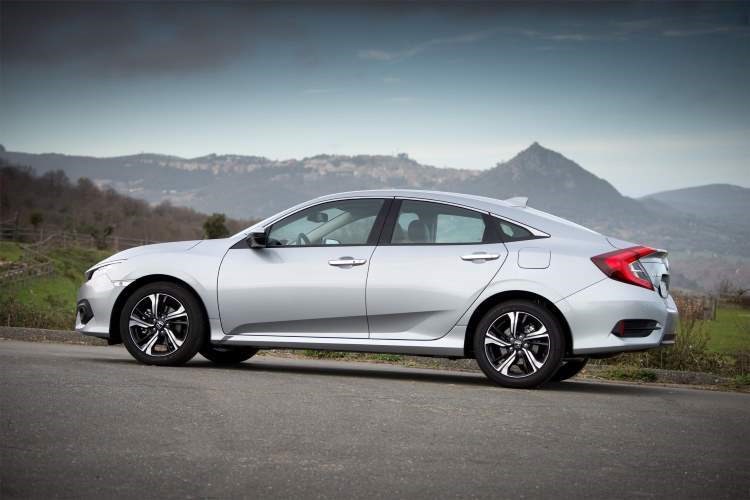 Despite its low-slung appearance, it remains spacious inside, but some of the clever features such as the modular rear seat and futuristic dashboard that are found in its predecessors are no more.

Hondas have long-had a reputation for being engaging to drive and the Mk10 Civic is no exception to this rule.

Even the less expensive models in the range have direct, quick-to-respond steering and impressive agility, with little in the way of bodyroll. 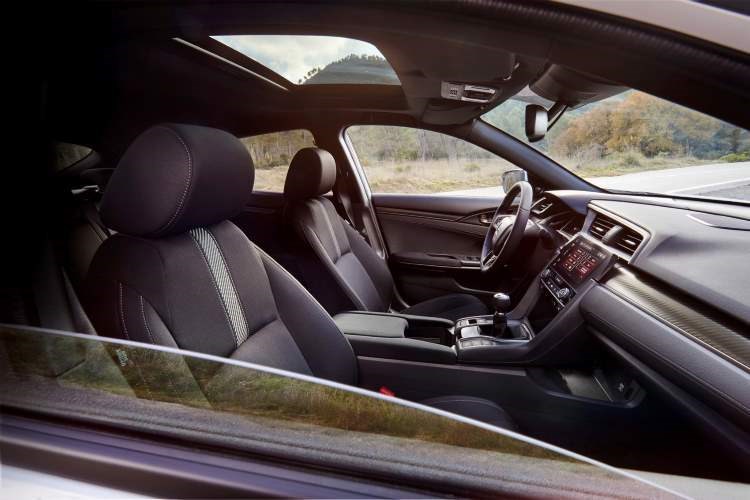 All that is good news for the uprated Civic Type R given the strong fundamentals of the basic package – in particular, the Honda hot hatch’s front-end grip and steering are revelatory.

No wonder that the Civic Type R was one of the highlights of Parkers’ 2018 Cheap Fast Cars group test.

How much does the Honda Civic cost?

Although list prices are comparable with many of its rivals, Honda does offer an array of compelling finance options for the Civic for those looking to obtain one using a PCP or PCH deal.

Discounts and deals on the Civic Type R are less easy to come by, but it’s still worth haggling to see if any extras can be reduced in cost.

Discover what drivers of the tenth-generation Honda Civic think about their cars with our comprehensive owners’ reviews.

Parkers has thousands of new Honda Civic cars for sale in our new cars for sale listings section – many with great discounts on the recommended retail price (RRP). Find a great deal on Honda cars for sale, everything from family cars and crossovers to executive saloons and sports cars. Use our filters to find the right new Honda Civic car for your needs and budget. You can search by price, postcode, bodystyle, gearbox, model spec, trim level, fuel type and even colour.
Back to top