What is the Volkswagen Touareg?

Sat atop Volkswagen’s ever-expanding SUV range is the Touareg, the crossover flagship in a line-up that now comprises of the T-Cross, T-Roc and Tiguan. This is the third generation of Touareg and is also VW's most expensive model since the demise of the Phaeton luxury saloon.

Only one version costs less than £50,000 and it is easy to take the list price beyond £60,000 with options. However, the big VW has the engineering credentials to justify this: it is derived from the same architecture that underpins the Audi Q7, Bentley Bentayga and Porsche Cayenne. Key rivals include the BMW X5, Jaguar F-Pace, Mercedes-Benz GLE, Jaguar F-Pace and Volvo XC90.

Which versions of the Volkswagen Touareg are available?

At launch, the five-door Touareg SUV was only available with a single 3.0-litre TDI V6 engine, producing either 231hp or 286hp. More recently, a petrol alternative has been introduced, a 3.0-litre TSI V6 producing 340hp. All models are four-wheel drive and have an eight-speed automatic gearbox. 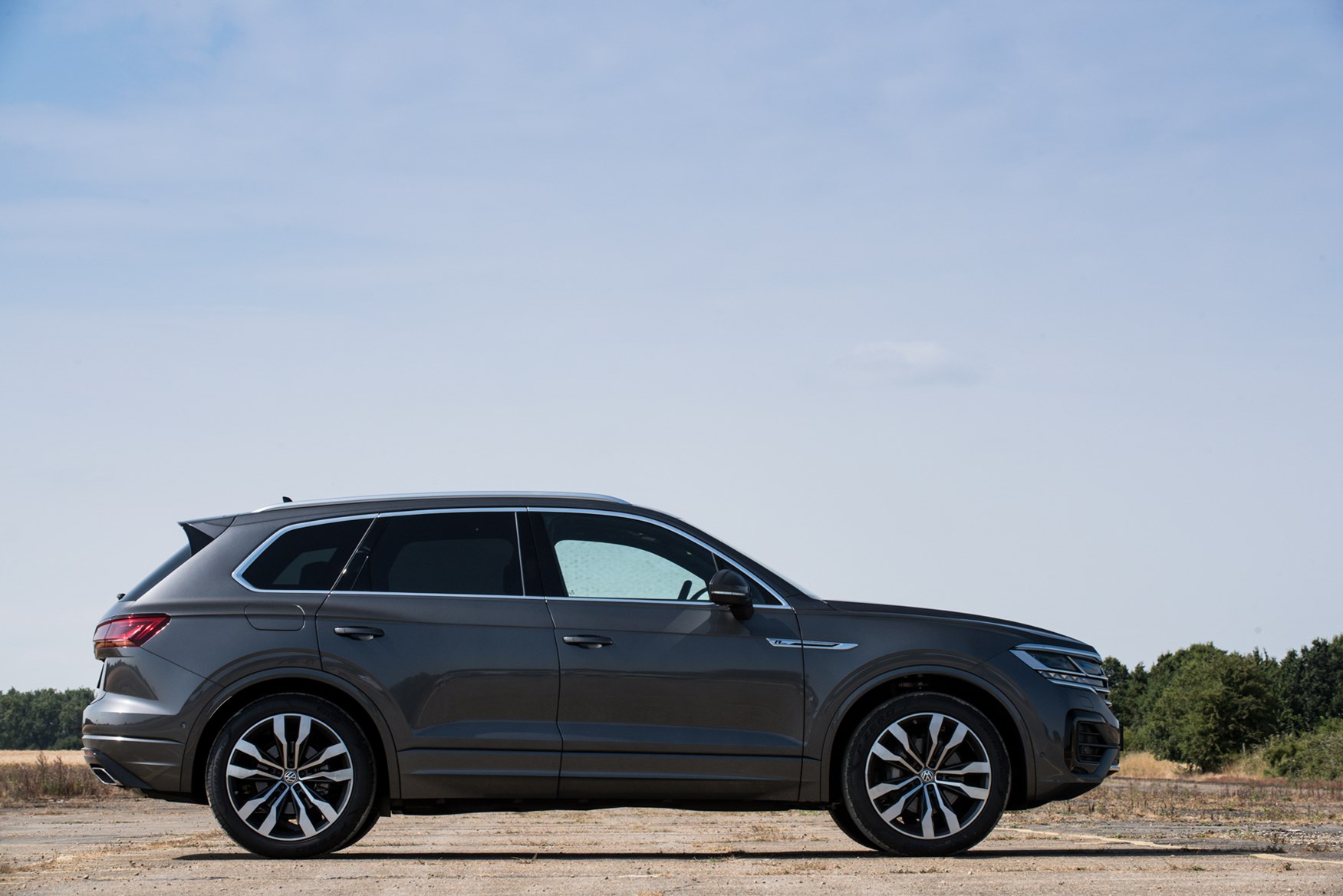 The pinnacle of Volkswagen’s car range is available in suitably upmarket trim variants: SEL, R-Line and R-Line Tech. A plug-in hybrid Touareg is expected at some point, but its arrival has not yet been confirmed as yet. Those looking to cut their fuel (or tax) bills may prefer to hold on until it arrives.

The Volkswagen Touareg is not available in a bona fide performance derivative, but the 3.0 TSI 340hp petrol V6 is an intriguing Q-car. It is capable of accelerating from 0-62mph in 5.9 seconds, which is faster than a Golf GTI hot hatch, and it has a (restricted) top speed of 155mph. R-Line trim brings standard sport suspension and gives a reasonably racy look – as sporty as the Touareg is ever likely to be.

At almost five metres long, nearly two metres wide, the Touareg certainly stands out – and is made even more imposing by the latest trademark VW full-width chrome grille. A distinctive LED running light pattern adds further to the effect. The appearance is also luxurious, though, with some nicely crafted details and elegant curves. 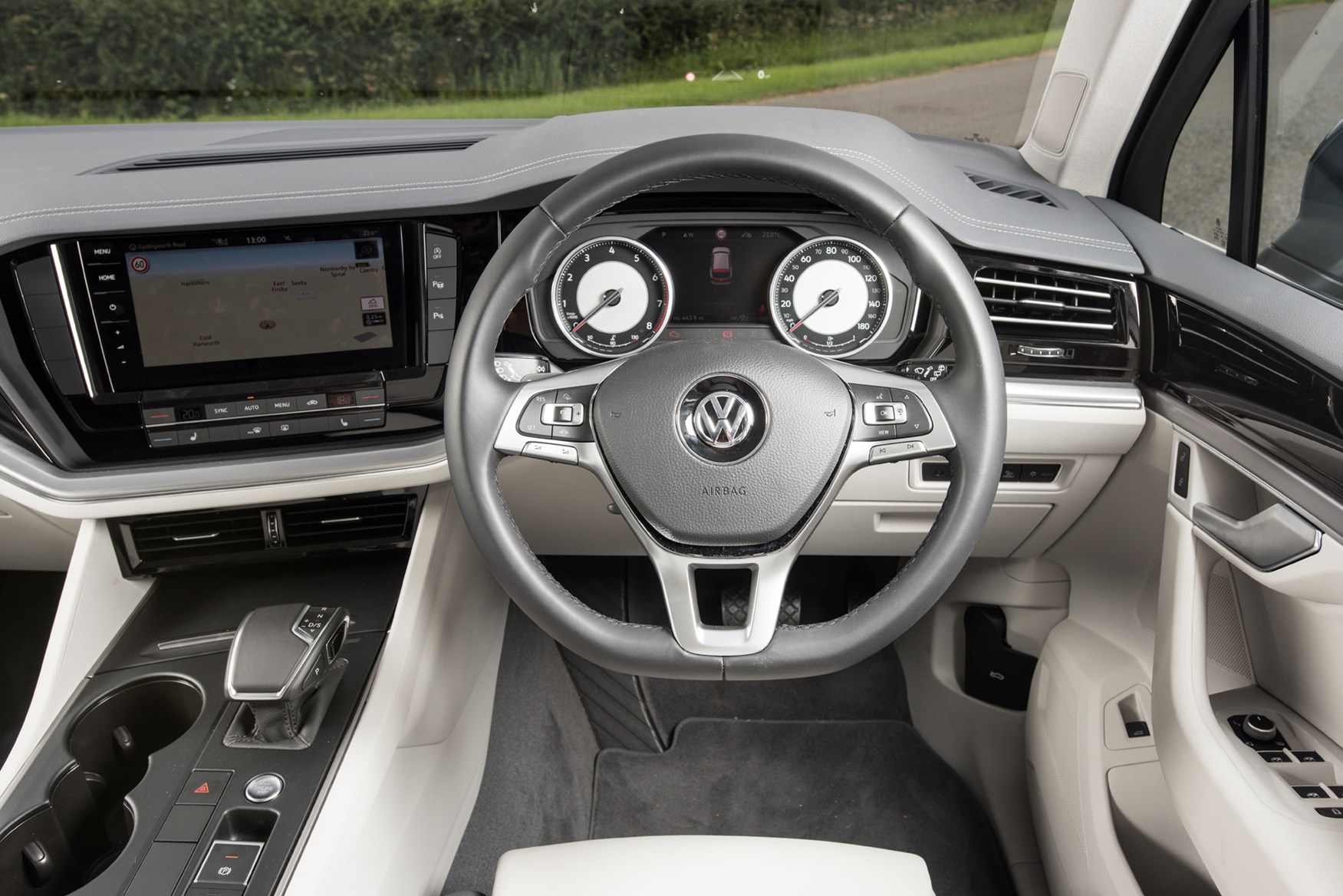 Its interior is built to a luxury-grade level and, in top-spec R-Line Tech trim, equipped with a large-format touchscreen dashboard called Innovision Cockpit. The cabin is optimised for five people and there is an abundance of space and comfort for everyone, plus a gigantic boot that exceeds 800 litres even with the rear seats in place.

Underneath, the Touareg uses the VW Group MLB vehicle architecture that, as mentioned, is also used by the Q7 and Cayenne. It’s thanks to this that Volkswagen is able to offer so many high-tech features on the Touareg.

It's an extremely convincing luxury SUV, that punches well above its relatively mainstream badge, and could convincingly pass as a premium machine. Refinement is exceptional, the ride quality is pillowy and absorbent, and the 3.0-litre engines are beautifully smooth-running and effortlessly powerful. It is an exemplary long-distance cruiser. The automatic gearbox shifts smoothly and the car corners with composure and confidence, if not with any real enthusiast-rousing feedback. 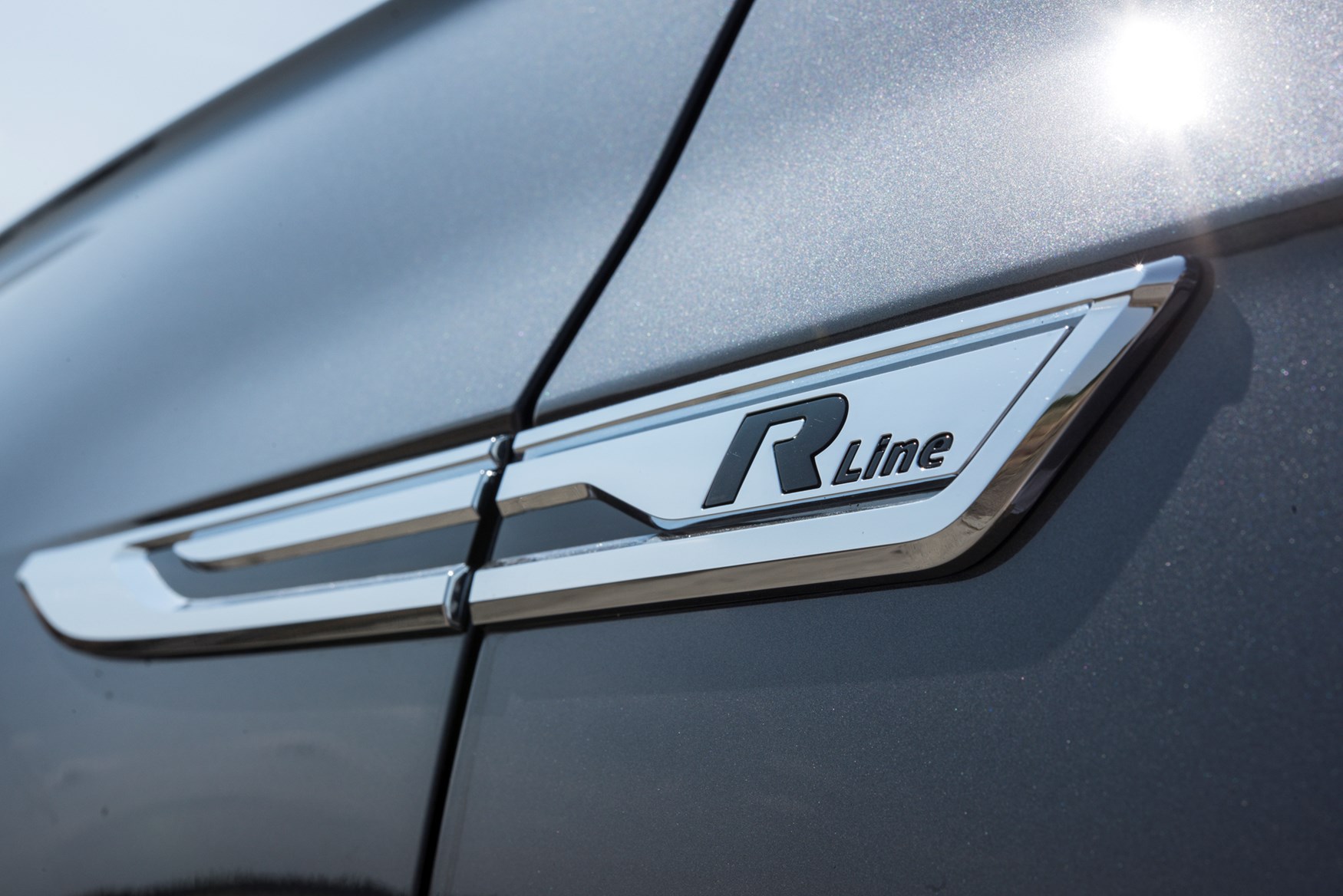 The TDI suits the Touareg better overall, although if you’re after the ultimate in inner-city refinement, the sheer hushed smoothness of the petrol alternative swells its luxury credentials even further.

How much does the Volkswagen Touareg cost?

Discover what Touareg drivers think of their Volkswagens with our comprehensive owners’ reviews. 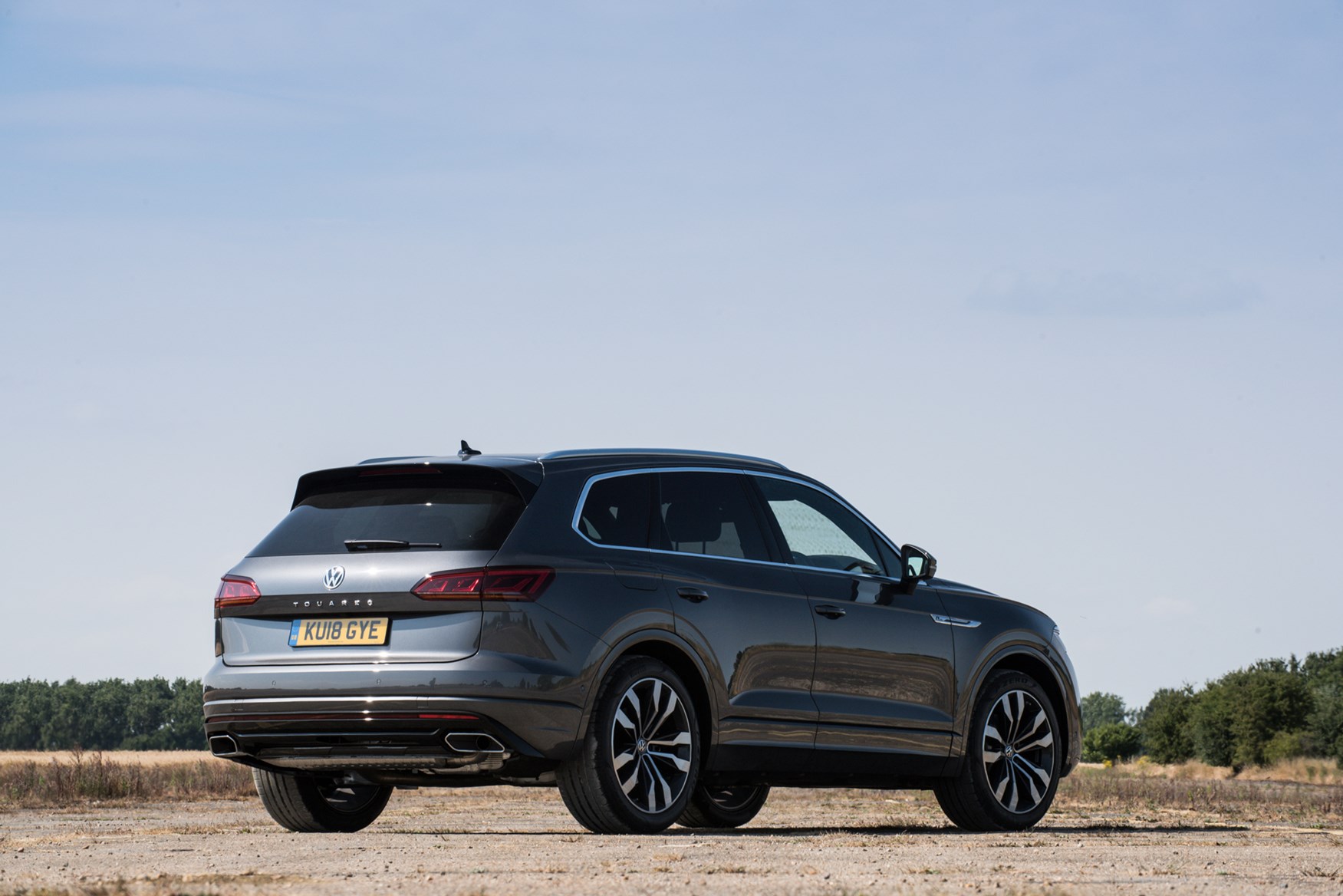