Drivers using cheap do-it-yourself breathalysers risk losing their licence and endangering the lives of others in the mistaken belief that they are under the drink-drive limit.

That’s the startling conclusion of an investigation by Parker’s into the accuracy of cheap self-test breathalysers. It was conducted with the help of West Yorkshire Police and Medacx, the suppliers of breathalysers to around 20 per cent of UK police forces, and one of only three that have Home Office breathalyser Type Approval.

We tested a range of inexpensive devices by drinking to just over the drink-drive limit and comparing the results to West Yorkshire Police’s Home Office-approved breathalyser. Every one of the devices tested failed to match the reading of the police machine. They turned out to be little more than fakes, being passed-off as ‘licence savers’ on their packaging and in the way they’re advertised.

Most frightening is that more than half of the devices showed that it was safe to drive when the police breathalyser registered more than the legal limit of 35 micrograms of alcohol per 100 millilitres in breath BrAC (equivalent to 80mg of alcohol in 100ml of blood BAC). Anyone trusting these machines may not be fit to drive, which could result in a failed police breath test and potential arrest.

Handheld breathalysers are no defence in court...

Our breathalysers were bought brand new from ebay, where they’re being advertised in vast numbers by both private sellers and traders. Most are manufactured and imported, sometimes directly, from Hong Kong and China.

Though we bought these examples online, they can be picked up just as easily at car boot sales and markets. They’re very cheap, easy to spot with generic packaging and have no details of the manufacturer on the box. They’re available at stocking-filler prices, between £2.49 and £15.99, making them a tempting and well-meaning gift idea.

Using one of these devices, even in good faith, could end in a drink-driving conviction or, in extreme cases, a lengthy prison sentence for causing death by dangerous driving.

Inspector Russell Clark of West Yorkshire Police explains: "Anyone who’s stopped for drink driving will, as a very minimum, lose their licence for six months. If someone was to cause a death as a result of drink driving, they’re looking at a possible 14-year prison sentence.

"Handheld breathalysers are no defence if anyone should go to court. The fact that you’ve tested yourself before getting into a car and you’ve been told you’re fit to drive will have no bearing on the court case whatsoever. There is no safe level for drinking and driving, aside from not drinking at all." 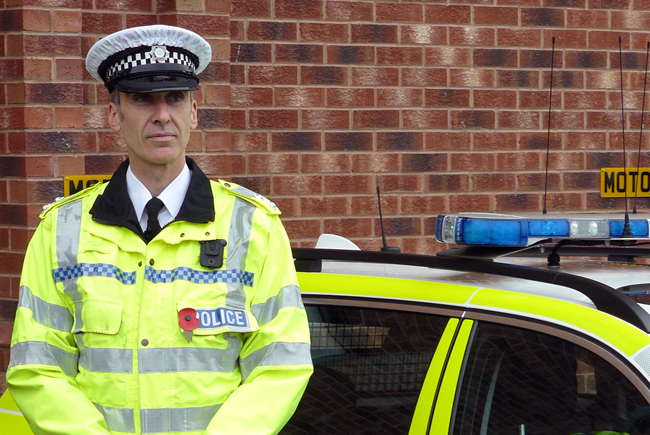 The devices indicate results in a number of different ways. Some use a ‘traffic light’ system, or a set of imprecise smiley faces, while others give a digital read-out of the amount of alcohol in your breath.

Our results varied wildly – the same unit could give a number of different readings to the same person. And as a cheap breathalyser is used, it gets contaminated by deposits from breath on the sensor, further increasing the chance of a false reading.

These sensors can also be easily damaged by silicone, commonly found in many car cleaning products and polishes. If it comes into direct contact with the sensor, it will be destroyed; from then on it will show an ‘all-clear’ result only. Police breathalysers, in contrast, are calibrated every month to ensure accuracy.

Brian Roake, managing director of Medacx provides the support for UK Police on behalf of the manufacturer Envitec-Honeywell for the AlcoQuant 6020 breathalyser used by UK Road Traffic Police.

The manufacturer has been involved in the technology behind breathalysers for more than 20 years and, as they manufacture the advanced electrochemical cells used on Police devices, he isn’t surprised by the results: “The difference between low-cost self-check devices and what the police use is quite significant. It’s summed-up by the accuracy of the technology inside.

"Low cost devices use semi-conductor gas-sensing elements. This technology is low cost and none of these types of unit have ever been submitted for type approval.

"Quite simply the technology in these cheap breathalysers is not used in any type-approved device in the world. It does not meet the exacting standards of police forces and therefore isn’t fit-for-purpose."

To gain Type Approval from the Home Office for use by the Police, manufacturers must submit their device to an intense programme of testing over 10-15 months in government laboratories. This costs in the region of £20,000. Police breathalysers must prove that they work accurately and consistently in every situation, from freezing cold mornings to baking hot days. Roake insists that low cost devices are far too inaccurate to pass any of these tests.

Those from within the industry are looking for tighter regulation. Hunter Abbott is managing director of Alcosense, manufacturer of the UK’s most popular self-test breathalyser. His devices are more expensive than those tested by Parker’s.

His company is also one of only a couple to carry full product liability insurance against a failure of the device. He wants to see breathalysers meet specific standards for accuracy and consistency, as is the case in France and the USA: “We desperately need to see regulation of [personal use self-test] breathalysers in the UK”, he said.

“At the moment there’s a free-for-all and there’s no test for accuracy or consistency, which means anyone can sell a device in the UK as a breathalyser – it doesn’t actually have to be accurate. When you are potentially talking about the difference between life and death regulation is imperative.”

Roake explains that even the stated accuracy of this self-test breathalyser has an error factor that’s at least four times that of police units - +/- 20 per cent - and using one can create a false sense of security. Even then anyone unfamiliar with how a breathalyser works can get a misleading result, as accuracy depends on when you measure yourself.

“If you were testing yourself with a low cost device in the pub after a couple of pints, you need to be aware that the body is still absorbing alcohol. It’s a cumulative effect and still building up in your body," he said.

"Every person has a different ability to process the alcohol, so there’s no known fact that you can drink one pint and wait one hour before driving – that doesn’t work”, he said. Combine this with an inaccurate breathalyser and a driver could be well over the limit when they believe they’re safe to drive.

Inspector Clark added, “Many people may think that it’s a good idea to buy one of these for a loved one, but this could be the very article that harms them. It encourages people to drink to the max, when anyone who’s going out drinking mustn’t be thinking about driving at all. A taxi is much cheaper than someone’s life and that life could be yours. We’re out there enforcing the law and it’s not worth the risk.”

Parker’s would like to thank Inspector Clark and West Yorkshire Police and Brian Roake from Medacx for their support during this feature.

Editor's Note: Parker's does NOT endose any self-test breathalyser device. The only safe limit is not to drink at all.