Up until now Kia offered just one engine, the two-litre diesel, on its Sportage models but this is about to change with the introduction of an entry level petrol engine and a lower-powered diesel unit into the UK market. There's also a proper hierarchy of trim levels rather than just the one fully equipped First Edition choice previously on offer.

Trimwise there's now choice of 1,2 and 3 trim in two-wheel drive configuration, while KX2 and KX3 are comprise the four-wheel drive versions.

We drove the petrol engine with the '1' trim and despite it being the entry level choice there's no scrimping on the kit and it all feels well put together inside. Buyers get 16-inch alloys, aircon, all-round electric windows, LED running light, electric door mirrors, leather steering wheel and gearknob, front fog lights and cornering lights, rain sensor wipers, cruise control, Bluetooth and iPod cables.

Now the aesthetics are done it's on to the engines. Despite the delay, the 1.6-litre petrol engine isn't worth the wait and it feels like the poor relation in the line-up.

The 133bhp output just doesn't cut it. Hit any incline and it means dropping down at least one or two gears. It also needs working hard just to get up to speed which in the end makes it noisy.

Things aren't quite as bad in the 1.7 CRDi version even with the modest 114bhp on offer. Low-down pulling power is ample thanks to a maximum torque delivery of 260Nm delivered between 1,250rpm and 2,750rpm.

The 18-inch alloys on '3' models do make things a little noisy in the cabin and the engine isn't exactly subtle either, but it won't ruin your driving experience.

For the full review of the Sportage go here

Crossover competition from its South Korean rival. Comfortable and refined it's a close call between the two.

An expensive alternative but there's no substitute for the kind of performance and premium feel found in a Ford.

The cut-price choice, the Yeti gets excellent engines as well as plenty of practicality and VW group interior levels. 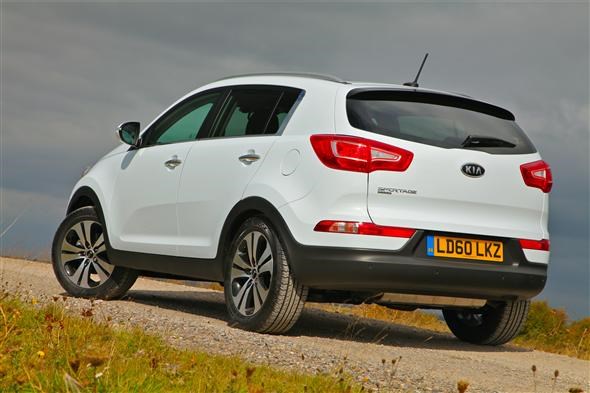 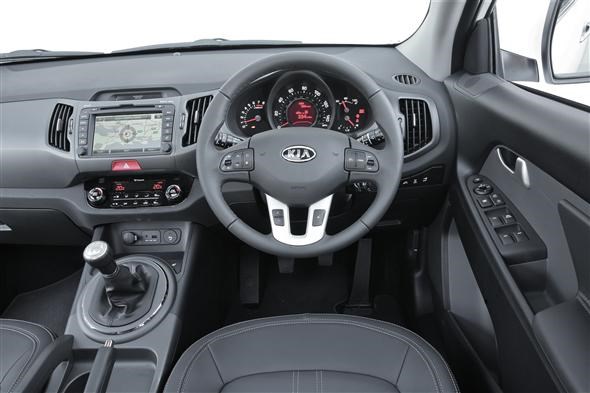