Kia has made a step forward with this, the third-generation Sportage: the first incarnation was ugly and the second-generation was dull, but competent.

This latest Sportage, however, looks the part. It has plenty of kit and along with the sizeable boot there's plenty of legroom for the driver and passengers. It's pretty frugal and planet-friendly too: official combined fuel consumption for the 2.0-litre version we drove is 47.1mpg and CO2 emissions are 156g/km.

Three engines will be available on the Sportage: a 1.6-litre petrol and a 1.7 and 2.0-litre diesel. You can have them in all manner of guises with either four- or two-wheel-drive with a six-speed manual or automatic transmission. We tested the 2.0-litre diesel with all-wheel-drive in advance of the two other engines that are coming later this year.

The 2.0-litre is competent if a little noisy. It has an official 0-60mph time of 10.9 seconds, which is fairly impressive, but its bulk and the high riding position makes the whole experience feel rather slow.

The Sportage feels likes labouring after 2,500 revs and it does require a flat-to-the-floor approach when overtaking on single-carriageways. To ensure a brisk passing maneouvre a drop of two gears is necessary. Top speed is a fit-for-purpose 112mph.

Handling-wise the Sportage doesn't impress: there's too much body roll in the bends and it's not particularly keen on turn-in. Plenty of steering input is required since the rack isn't that quick.The Sportage doesn't offer much grip either and if you enter a corner with too much gusto it doesn't respond vwell at all. There are better 4x4s to drive but if your journeys are restricted to urban environments or motorway driving then it's good enough for the job. 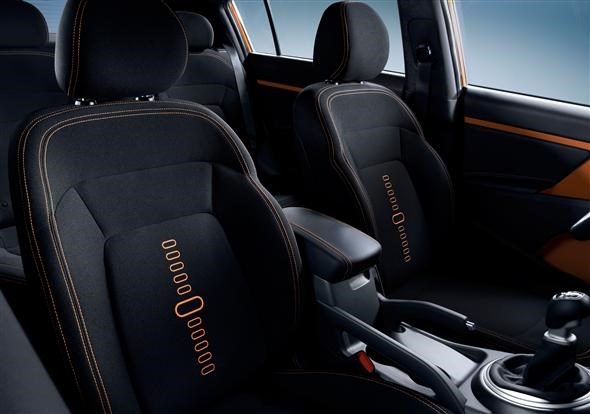 Suzuki Grand Vitara
Unremarkable driving experience and diesel is noisy but it does the job adequately and is very capable off-road.

Hyundai iX35
Basically the same car as the Sportage with a different badge. Prices are pretty much the same, but warranty is shorter than Kia.

Mitsubishi ASX
New kid on the block is reasonable value for money but not quite as spacious as the Sportage.