Looking for a Citroen C3 for sale? It’s a comfortable small hatchback that has evolved in style over three generations, while staying true to the ride quality and low running costs that Citroen small cars are known for. With over 1,000 Citroen C3s offered for sale on Parkers, you can find the right used Citroen C3 for you. The first generation, from 2002, captured the curvy style of the 2CV in a practical hatchback. To remain distinct from rivals such as the Renault Clio and Peugeot 208, the second generation of C3, from 2010 to 2016, features the Zenith windscreen that extends into the roof for a panoramic view. The third generation has a chunky, modern style well suited to urban adventures. Find yours with Parkers now.
Read more
NewUsed
NewUsed
Showing 1 to 10 of 1,281
Next

What is the Citroen C3?

Slotting into the lower reaches of the French brand’s line-up is the Citroen C3, a five-door supermini that has something of a crossover look about it.

Which versions of the Citroen C3 are available?

In Mk3 guise, the C3 is a different proposition to the models sold before it, not least because it looks less cutesy, with a hint of SUV about its looks, especially with the optional AirBump panels along the doors.

There’s one bodystyle again this time around, that of the five-door Citroen C3 Hatchback, but the closely-related Citroen C3 Aircross is a direct rival to small SUVs such as the Ford EcoSport, SEAT Arona and Vauxhall Crossland X.

Trim levels follow Citroen’s usual Touch, Feel, Origins and Flair hierarchy, which can be mixed and matched with a small selection of engines. The petrol powerplant is a three-cylinder 1.2-litre in 68hp, 83hp and turbocharged 110hp guises, while the 1.5-litre BlueHDi turbo diesel is only available in 100hp form.

What is the Citroen DS3?

There’s no performance version of the C3, but a more luxurious, three-door version of the second-generation model was sold between 2010-15 as the Citroen DS3. 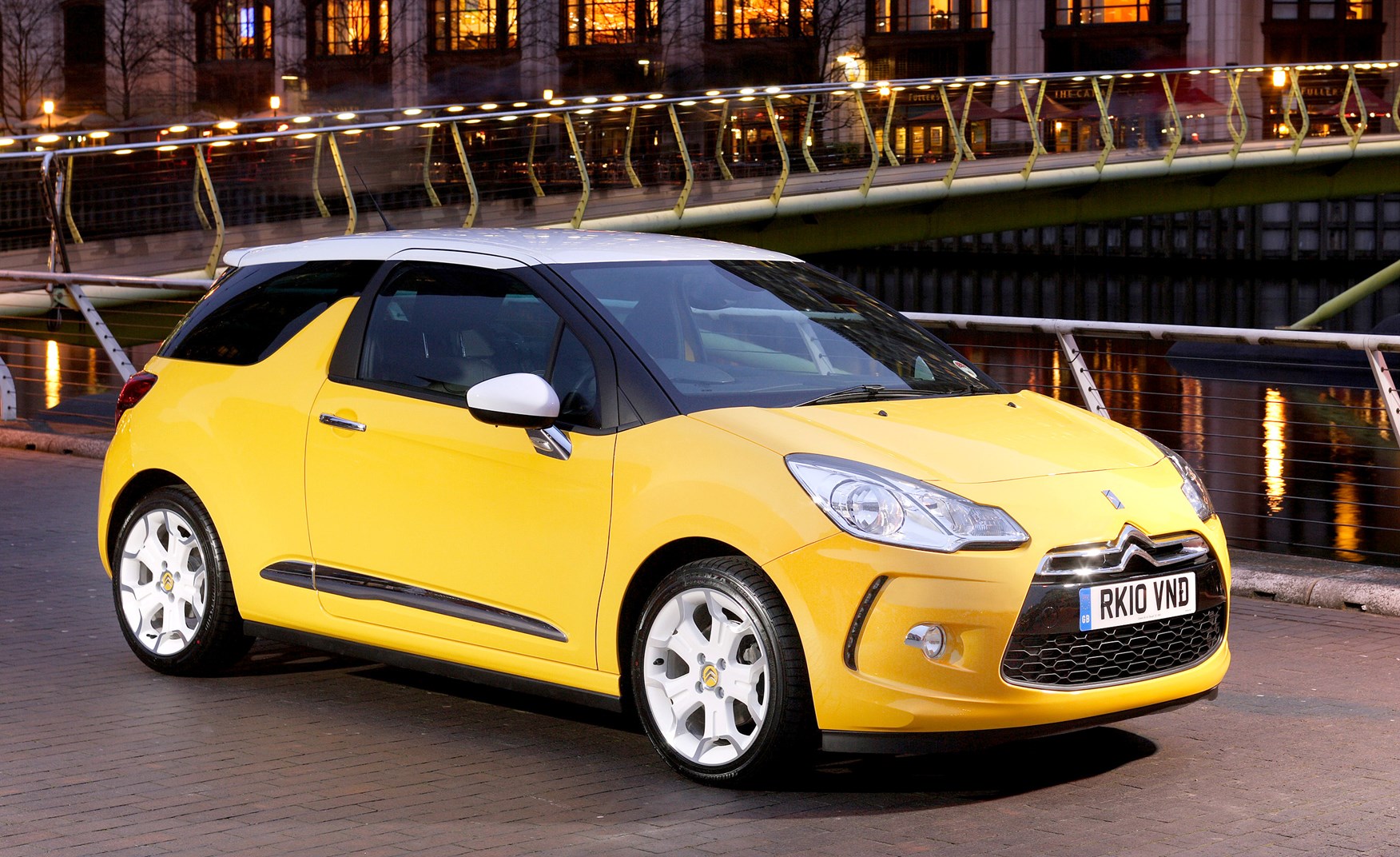 With punchier engines and a more distinctive design, it was an upmarket replacement for the previous Citroen C2 – the sportier alternative to the original C3.

British buyers lapped-up the DS3, much more so than the larger Citroen DS4 and DS5, encouraging Citroen’s parent company, PSA, to spin DS off as a separate brand. Come 2015 the Citroen badging was removed and the car relaunched as the DS 3.

Based on a platform known internally as PF1, the third generation C3 rides on an updated version of the underpinnings that also supported both the Mk1 and Mk2 models. In place of their curvy-roofed styling, the latest C3 has more than a hint of the larger C4 Cactus about it, particularly when the AirBumps are fitted to the doors.

It’s altogether chunkier and can be made to look more distinctive with a contrast colour roof section, as well as three contrasting accents set into the plastic mouldings.

There’s a C4 Cactus vibe to the interior as well, with panels designed to look like luggage with straps and contrasting detailing. Some of the plastics still feel on the cheap side, but at least they don’t look nasty too.

Driving a C3 is a relaxing experience, largely by virtue of its very supple ride and armchair-like front seats. If outright comfort is your primary box to be ticked, then the Citroen is the way to go. 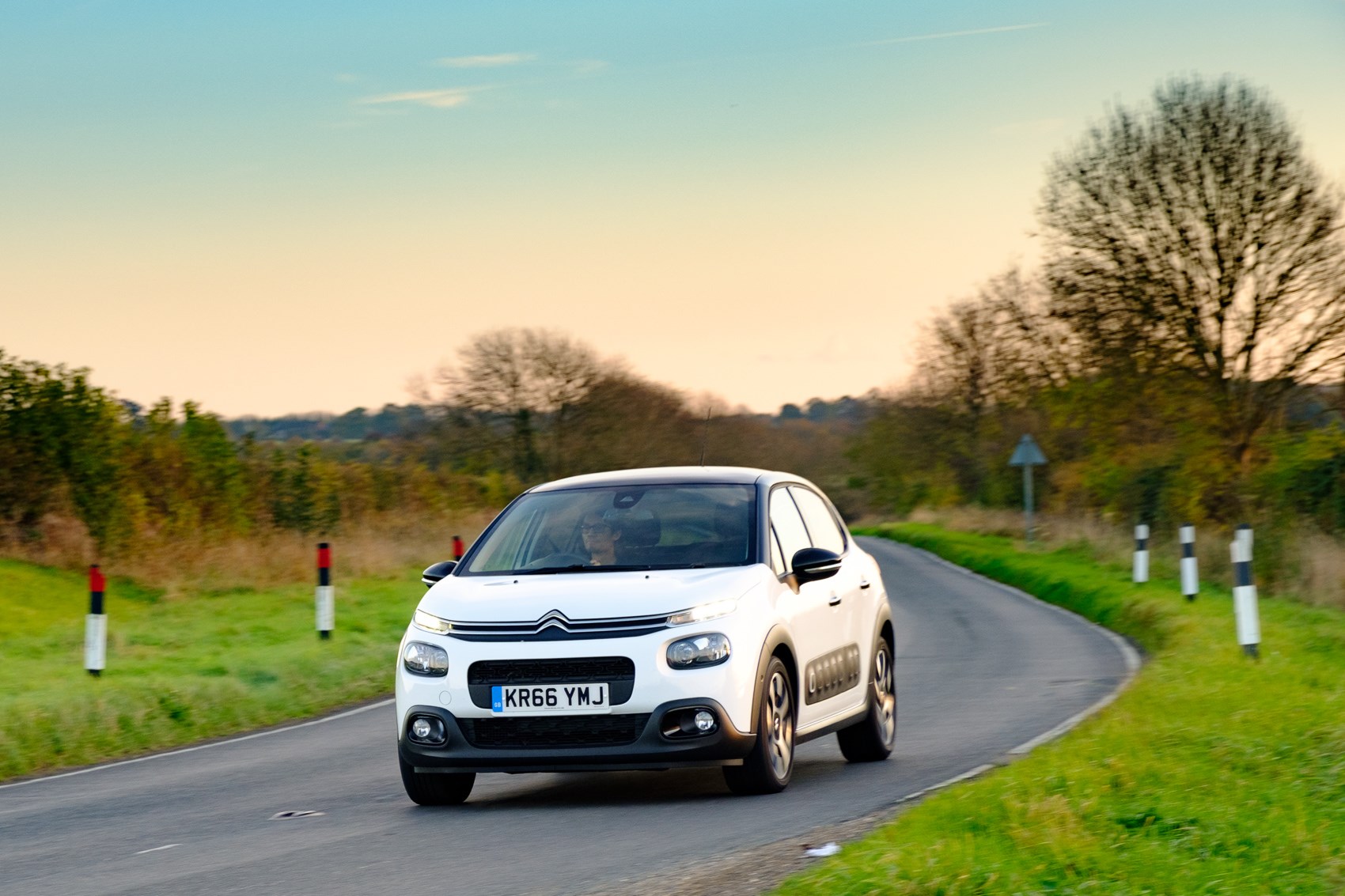 There is a compromise, though, and that is that the Citroen’s more wallowy, rolling around more in bends than most of its rivals, not least the Ford Fiesta.

However, its gentler nature means you’re unlikely to be driving it too vigorously in the first place – it’s definitely not remotely a hot hatch.

How much does the Citroen C3 cost?

Whether you’re intending to buy a C3 outright, or on finance using a PCH or PCP arrangement, it’s a cost-effective choice, with dealers not averse to providing healthy discounts.

Shop around though as depending on offers available each quarter some rivals can be cheaper – use that as a bargaining chip with a Citroen dealer.

See how drivers of the Citroen C3 rate their cars with our comprehensive owners’ reviews.

Parkers has thousands of used Citroen C3 cars for sale in our classified listings. Find your next secondhand model in our ads – we’ve everything from family cars and hatchbacks to executive saloons and sports cars.
Back to top