Ford has launched two new versions of its C-MAX designed to appeal to company car drivers with families. The existing five-seat C-MAX gets a more stylish new look and improved comfort, while delivering the same spacious and versatile interior as before.

The all-new addition is the Grand C-MAX that comes with seven seats as standard and rivals Renault's Grand Scenic and Toyota's Verso. It also comes with distinctive sliding rear doors an unusual feature on compact people carriers (at present found only on the Mazda5 but more common on larger people carriers) and differs to the five-seater's conventional doors.

Useful touches continue inside with a new seat folding system for the middle row of seats which allows the centre seat to quickly fold under one of the two outer seats, creating a handy walk-through space between.

Both models will be the first Fords to come with a new 1.6-litre Ford EcoBoost petrol engine, designed to offer the performance of a larger engine along with the impressive economy of a much smaller unit. This should result in reduced CO2 emissions and therefore BIK charges, though there are no details yet on exact engine performance.

There will also be the familiar range of Ford petrol and TDCi engines.The new C-MAX will also be available with a new six-speed twin clutch automatic gearbox, which offers smooth and rapid shifts. Other options include an electrically opening tailgate and a system that helps you parallel park - similar to the one found on the Volkswagen Golf Plus and Touran.

Both the new C-MAX and Grand C-MAX will be available in late 2010. 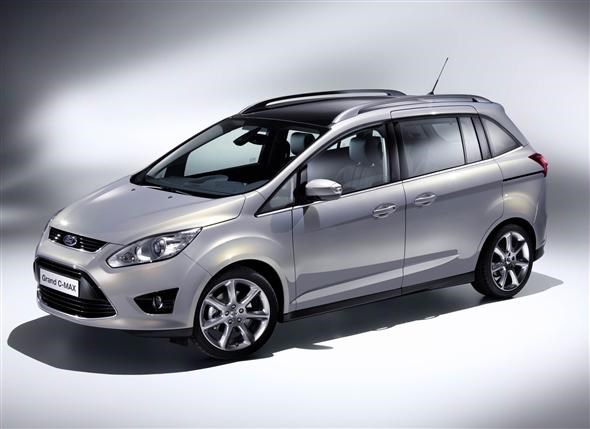 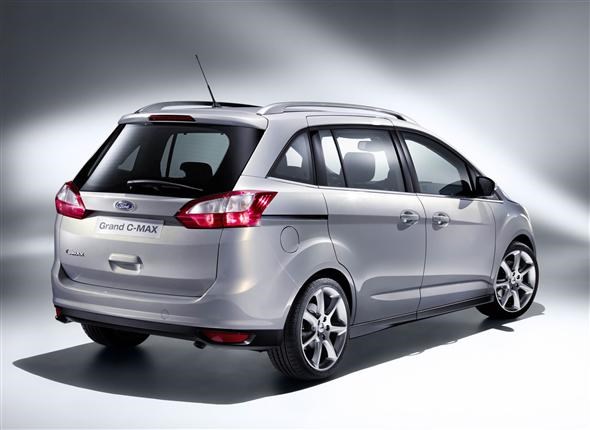 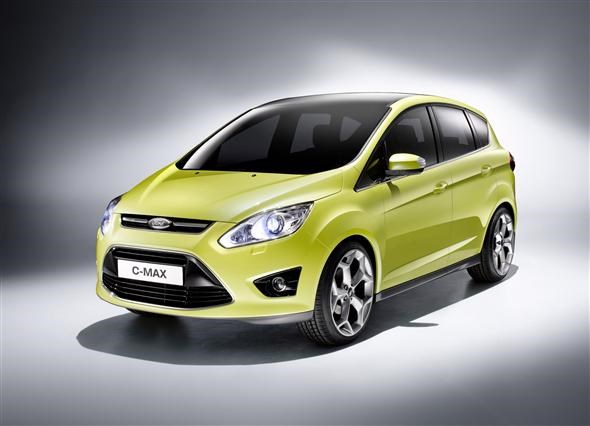