Mondeo Man has served Ford well so far: as you read this thousands of executives are pounding up and down the UK motorways in a car that exemplifies the expression 'fit for purpose'.

The Ford Mondeo is almost a cultural icon - an honest, robust, no-nonsense company car that'll get the job done with the least amount of hassle. It's not fancy like an Audi A4 or a BMW 3-Series but if you want practicality, comfort, and driveability all in one tidy package the Mondeo is very nearly the default choice for the travelling salesman.

This week we tested three new engines available in the range: the 158bhp 1.6-litre petrol EcoBoost, the 113bhp 1.6 TDCi diesel and the 237bhp 2.0-litre diesel EcoBoost. These new engines offer up to 20% fewer emissions over earlier models thanks to the introduction of stop/start, improved drag-reducing aerodynamics and the inclusion of other fuel-saving technologies.

It's a decent selection that requires some headscratching and a little bit of number-crunching.

The 237bhp 2.0-litre offers the most rewarding drive: it'll take you from 0-60mph in 7.5 seconds and with a maximum torque of 340Nm there's healthy chunk of pulling power too but as you will read later in this review it'll cost you heavily, so you might turn towards the 113bhp diesel that'll return a quite encouraging 65.7mpg. That, the low CO2 emissions of 114g/km and an entry list price of £19,715 for the Edge model will be music to your fleet manager's ears. It's not terrible off the line either with a 0-60mph time of 11.9 seconds but the low-down pulling power will be the ace card when motorway driving and performing B-road overtaking manoeuvres.

Still, if you are a diehard petrol loyalist then you won't go far wrong with the 158bhp, which has a smooth, refined power delivery that won't wake your light-sleeping neighbours on a cold, frosty morning when you press the starter button. Performance-wise, it's no slouch, taking you from 0-60mph in just 9.3 seconds and you get a fairly creditable combined fuel consumption of 44.1mpg if you aren't too leaden-footed with your getaways.

So, it's a veritable selection that has something for everyone but which, ultimately, is the best in this Mondeo masterclass?

As far as handling is concerned they are all Mondeos, so you won't have many issues. All three offer decent levels on grip on corners, minimal bodyroll and a fairly responsive attitude on turn-in. The ride is complaint, the engines all refined and they have decent gearboxes (we tested the 113bhp and 158bhp with a six-speed manual and the 237bhp with the six-speed PowerShift auto and they were faultess). Brakes are solid, and although the steering can feel a little dull, there's not much to complain about regardless of whether you are on a twisty B-road, the motorway or pottering around town.

The rubber hits the road when you consider your company car tax costs though. Comparing top-spec Titanium X models loaded with sat-nav you'll pay around £24k for the petrol, £25k for the 113bhp diesel and £29,500 for the 237bhp diesel and this equates to around £80, £54 and £142 a month respectively for company car tax drivers on the 20% pay scale.

Quite frankly, that's enough to tell you that a fully kitted-out 113bhp diesel is the one to go for. It offers just enough in the driving department to outgun the others when costs are taken into account. If driving fun is your priority you will go for the high-powered diesel but it will make a sizeable dent on your income. Although the petrol is a capable performer, it's just not a sensible, common-sense buy when compared with the lower-powered diesel offering. 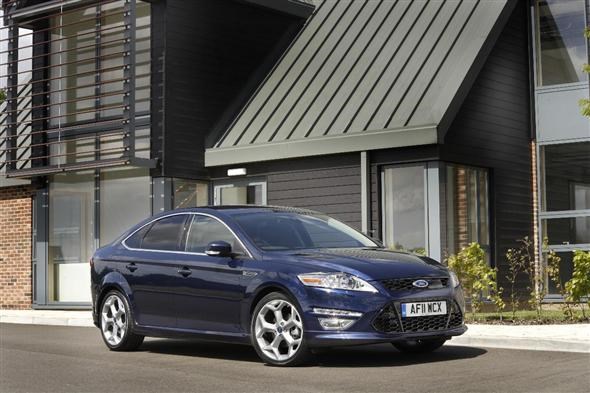