These are modest targets particularly when you consider that in 2010 Vauxhall sold 37,000 Insignias and Ford got shot of 30,000 Mondeos. Peugeot, you might argue, has realistic ambitions for its latest motorway-muncher trading on the principle that it's 'a best-kept secret' for your average company car driver.

Of the 6,000 cars it will undoubtedly sell, 85% will be going to the fleet market and it's easy to see why. This car is tailor-made for the busy exec covering the length and breadth of the UK. As you can see in our full review, the 508 is comfortable, well-equipped, easy to drive and, with the added bonus of a quality cabin, it's absolutely fit for purpose.

There's a company car driver-friendly range too, and to find out if this is indeed a 'best kept secret' we chose to drive the two most extreme versions - the top-of-the-range GT and the frugal e-HDi - back-to-back.

The GT is powered by a 204bhp 2.2-litre and it's aimed squarely at the company car driver who wants extra oomph and sporty looks rather than low running costs. It features a paddleshift auto and although the flappy paddles will remain largely inactive on the motorways, they will likely be a source of driving joy when journeys extend to the UK's B-roads.

The paddleshifts work well, providing delay-free gearchanges and, with a reasonably feisty engine, this version of the 508 should fit the bill perfectly for the spirited driver. The GT also features double-wishbone supension on the front rather than McPherson struts on the standard cars and this set-up is designed to make the 508 feel more agile. Although there's a slight difference it's nothing to get really excited about. Like the rest of the range the GT offers decent handling but it's not quite as agile as standard-spec Mondeo.

Even though there's a GT badge on the back it's stretching it a bit to call this car 'sporty'. It's smart and the 18-inch alloy wheels do set the car apart from the rest of the range, but don't expect hot-hatch handling in the twisty bits.

Overall, the GT is a decent comfortable cruiser that's got a little extra pizzazz. At a starting price of £28,750 it'll bump up your tax bill but it's not massively thirsty: official figures say you can achieve an average of 49.6mpg. For a car with such sporting intentions emissions aren't too bad: chuffing 150g/km of carbon dioxide from the exhaust means 23% Benefit in Kind taxation.

So what's life like at the other end of the spectrum where fuel economy, low emissions and ultimately, a lower tax bill are the priority?

Well, you'll select the 109bhp e-HDi version as your company car and the stats will tell you that you have made the right choice. For a start it'll cost you just over £19,000 and it emits 115g/km CO2, which will mean a very afforadable 13% BIK rating. With an official average fuel economy of 64.2mpg the bean-counters at your company will have smiles as wide as Zippy safe in the knowledge that visits to the fuel stations are few and far between.

As far as the driving experience is concerned the e-HDi isn't too shabby. Press the accelerator pedal and the 1.6-litre diesel will respond in a satisfactory fashion. It's not a riot but it doesn't feel underpowered either. Like the GT and the rest of the 508 range it's pretty okay around the corners, but again, an Econetic Mondeo is more rewarding.

We were concerned about the automatic 'robotised' gearbox. Citroen uses the same system in its C4 model and it delivers a lurchy gearchange that'll turn your passengers green after half an hour of driving but in the 508 it seems to work a little better. There's still some delay but you do tend to forget about it whereas in the C4 it's a constant irritant.

The eHDi also features fuel-saving stop/start technology that also works well. In fact the diesel engine is so refined that when you do come to standstill you hardly notice that the engine has cut out. There's no horrible delay either: take your foot of the brake pedal and the car responds efficiently, without fuss.

So after testing both cars, we'll ask the question again: is the 508 a company car driver's dream? The answer is this: if driving dynamics are a priority you'll need to go for a Ford Mondeo, but if comfort and looks matter more you will choose the 508. It's as simple as that. 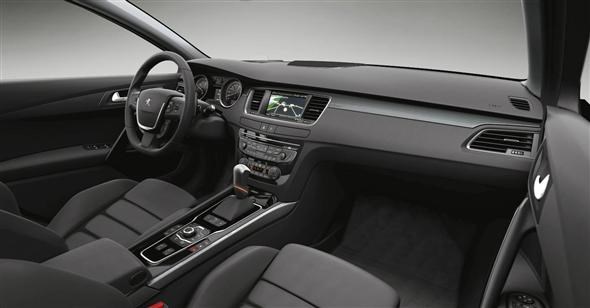 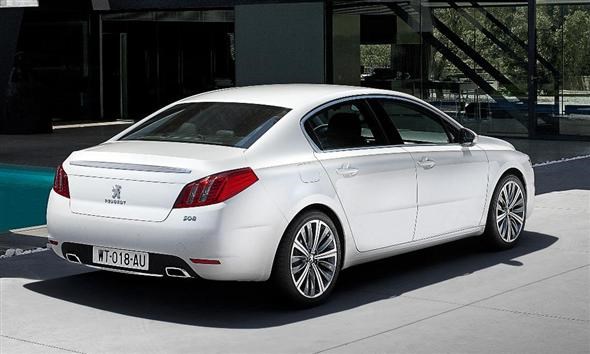 Stylish, but a little dull. Still, this is a competent car that's nice to drive - just a fraction off the Ford Mondeo

This one is in danger of coming under your radar but don't dismiss it. Solid residuals and decent reliability play in its favour

A Mondeo copy but a car with adept handling and stylish looks. It's incredible value too