The first Nissan LEAFs have been delivered to customers now, and soon they'll be dotted around the UK's major cities as both private and fleet drivers discover the benefits of electric motoring.

But can it work as a company car? Read on to find out...

As you'd expect from a brand new electric car, there's quite a raft of technology installed on the LEAF. The first thing worth mentioning is an iPhone app called CARWINGS. This is essentially an interface between you and your LEAF allowing you to control aspects of the car's operation while in the comfort of your own home or workplace. You can send a command asking the car to switch itself on and warm the heater up (or cool the air conditioning) to your desire temperature, tell it when to charge to take advantage of low-cost energy tariffs and monitor power levels real-time both when charging and during normal use.

The next technical highlight on the LEAF making it a great fleet car is the on-board telematics provided by the CARWINGS system. It can monitor your driving, and will allow fleet managers to do the same. It will also constantly update the dash-mounted navigation system meaning it's always up todate. It can even tell you where the nearest charging point is. 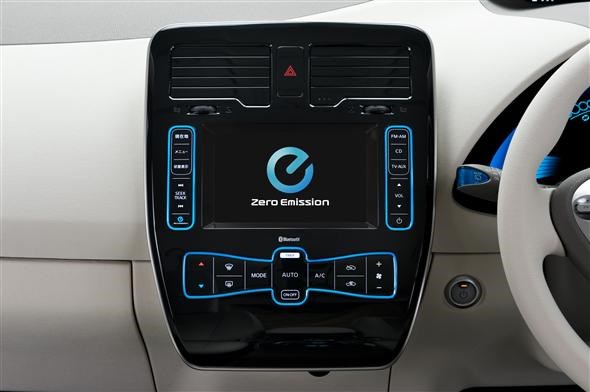 Driving an electric car is an undeniably novel experience for the first few miles. Because you get 100% of the car's pulling power from the split-second you push the accelerator it feels very nippy when motoring around town. On longer journeys such as motorways you really start to appreciate how much quieter and more relaxing the experience is as there's no roar from the engine, just a tiny amount of wind noise instead.

Several surveys have suggested that the public's biggest problem with electric cars is range anxiety - or worrying how far your car will go before needing a charge. Nissan has gone some way to solving this issue with its battery monitoring iPhone app and navigation system telling drivers where the nearest charge point is. However, at the end of it all the driver buying an electric car for the first time will have to change the way they look at car ownership. The average daily mileage for a driver in the UK is less than 30 miles, so instead of worrying about how far your LEAF will go per charge as you would worry about trips to the petrol station, why not plug it in each night and keep the battery topped up like you would a mobile phone? 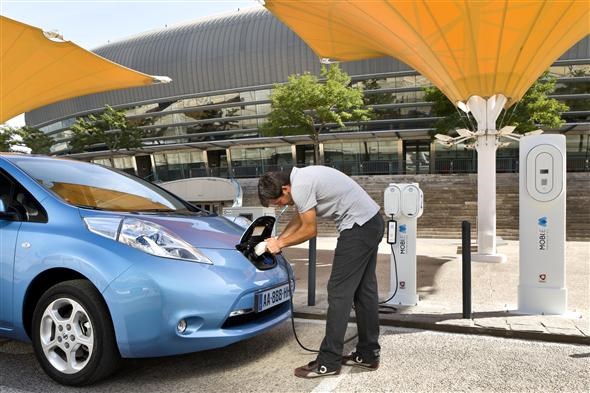 Thanks to its 48 low- and centrally-mounted lithium-ion batteries, the LEAF is genuinely fun to drive. It's not going to break any land-speed records, but thanks to sharp and accurate steering it does provoke a smile or two while tackling your local country lanes. 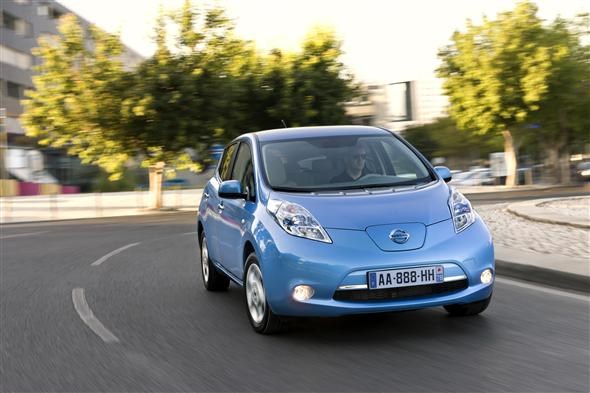 The LEAF has more than enough cabin and boot space. The interior is the size of a normal hatchback, yet the rear seats probably offer space for three adults and more in the way of headroom than other cars of the same exterior dimensions. The LEAF also wins out over hybrid hatchbacks such as the Toyota Auris HSD and Honda Jazz Hybrid in the space race because the boot space isn't dominated with battery packs. You can cram in 330 litres of luggage - only 20 less than your average VW Golf. 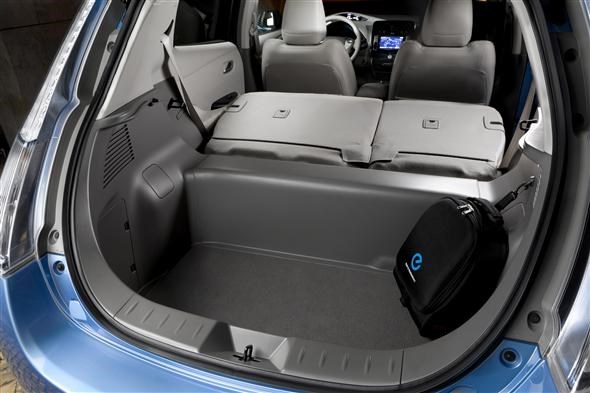 Easy one, this. The LEAF emits 0g/km CO2, meaning it'll be free to tax. It also means no congestion charge in the Capital and free parking at designated spots in major cities throughout the country.

Of course, there's the argument that any electric car can't honestly boast zero emissions because the electricity comes from a National Grid predominantly powered by burning fossil fuels, and also the manufacturing processes involved in building the car in the first place produce CO2. However, cars like the LEAF are still a step towards a lower-carbon-emitting culture. First come the cars, shortly followed by the infrastructure to power them, and then greener/sustainable energy solutions will be championed in order to reduce the total wheel-to-well emissions. Like most things, it's just a matter of time and money. 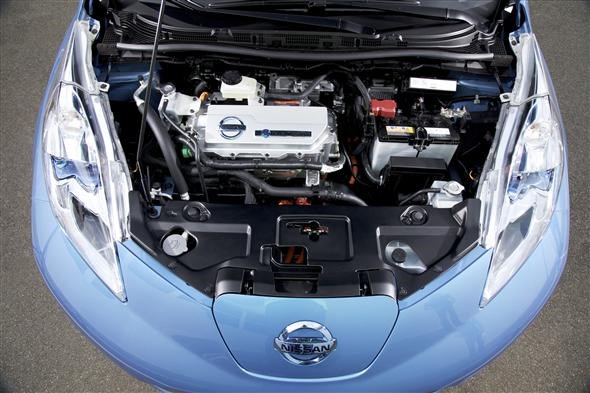