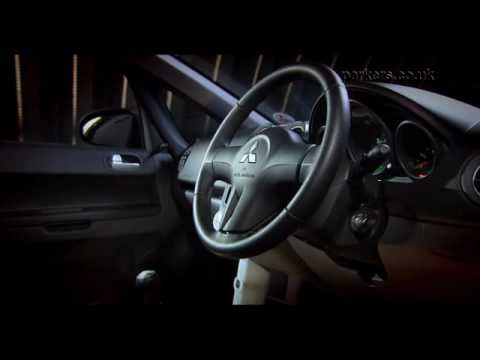 The Mitsubishi Colt is the Japanese firm’s riposte to the likes of the Ford Fiesta, Vauxhall Corsa and Volkswagen Polo. A facelift in late 2008 took the Colt from its original and slightly anonymous appearance to something altogether more racy, with a strong hint of Mitsubishi’s Evo X about the front grille and headlights. Even so, this has not helped the Colt storm the sales charts and it remains a rare choice, despite the Colt’s spread of engines and decent drive.

One of the big strengths in favour of the Mitsubishi Colt over some of its more mainstream rivals is its practical cabin space. It offers a decent boot and plenty more luggage capacity when the 60/40 split and fold rear seats are pushed forward, although they don’t store completely flat.

What makes the Colt more practical than its rivals, though, are the tall sides of the Mitsubishi that mean larger loads can be accommodated where most superminis would baulk. There are also lots of storage points throughout the cabin, including the Multibox that consists of a series of small cubbies in the centre console to keep smaller items from roaming free and getting lost.

When Mitsubishi revised the Colt range in 2008, it improved boot space for all models, so the three-door model’s boot went from a meagre 160-litres to 186-litres. Despite this increase, the Colt’s boot is still on the small side for a supermini.

Mitsubishi has structured the Colt range to offer everything from a three-door supermini that costs little more than most city cars all the way to the Ralliart hot hatch model. The Ralliart model comes with a 147bhp 1.5-litre turbocharged engine to take on the likes of the Fiat Punto Evo and is keenly priced in this niche.

Mitsubishi is also unusual in offering a five-door version of its hotted up, sporting model. The rest of the Colt range is divided into three- and five-door models, with both guises offered in CZ1, CZ2 and Juro trims.

For the five-door, there’s also the ClearTec that comes with Auto Stop & Go to switch the 1.3-litre petrol engine off when the car is at a standstill, low rolling resistance tyres, revised top gear for improved economy and other fuel-saving measures. For the five-door Colt, Mitsubishi also offers the ClearTec technology for the Juro special edition.

Does this small hatchback offer something different to the usual suspects? Read on for our full Mitsubishi Colt review to find out.