There is no doubting the Vitara is a great value buy given the amount of car you get for the price you pay. But running costs are a different matter.

Road tax is not too bad given that CO2 emissions are 185g/km putting the Vitara into road tax band I. That means 12 months VED will cost £200 pounds. Given other 4x4s of a similar size it isn't the worst but it isn't the best either. The Toyota Rav 4 2.2-litre diesel that I compared the Suzuki to in an earlier update has lower emissions and a low tax bill but not by much. The road tax bill for the Rav 4 is £180 so not a whole lot cheaper then.

Insurance, however, is surprisingly on the high side. Getting a quote from Parker's Compare had the highest premium at £1842 with the best quote coming in at £740 for fully comprehensive without any frills (breakdown cover, legal cover, etc). The Toyota Rav 4 is a couple of insurance groups lower and another value-for-money, medium sized 4x4, the Kia Sportage, is another few insurance groups lower still.

But it is the fuel cost I notice most not least because trips to the pump are pretty regular thanks to a tank range that struggles to do much more than 375 miles. The tank isn't massive (it's 66-litres) and with fuel consumption hard to shift off 35mpg it's not long before the fuel light is reminding me I need to find a petrol station soon. 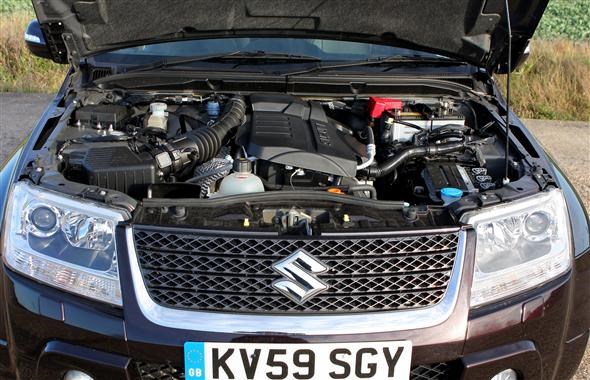