As the road tester at Parker's I get to test all the latest cars, so as a long-time visitor to the Glastonbury music festival there is one thing I always bear in mind - rain.

Yes, not only did I remember to pack waterproof trousers, wellies and my hilarious poncho, for the first time in my life I picked the perfect all-weather vehicle that could rescue me from Worthy farm come Monday morning, whatever the weather could throw at me.

But this year, alas, the Suzuki's permanent four-wheel drive and low-ratio transfer gearbox had little more to deal with than a bone-dry dusty field. Shame, because like the majority of 4x4 owners so far we've had little opportunity other than the snow to give the Suzuki a work-out.

That means I had to concentrate, instead, on how the Suzuki coped with more familiar territory - the road. On first looks, the Vitara looks like a fully paid-up member of the modern soft-roader community with its large 18-inch alloys complete with road tyres, slightly garish and dark purple colour scheme and its black leather interior that's a million miles away from the hose-down interiors of the past.

Soft, the Vitara is not. In fact, as the resident road tester I'd go as far to say that the Vitara is surprisingly hardcore. Its construction, for example, is an old school ‘ladderframe' that endows the Suzuki with the toughness needed to traverse the harshest of terrains. Unfortunately, this doesn't translate well for the road and means the Suzuki's ride lacks sophistication and is prone to crashiness on bumpy tarmac.

Body roll was also excessive on the tight, twisty West Country roads, while the steering was imprecise and slow. And while the 1.9-litre engine offers reasonable fuel economy, it could do with being punchier especially from low revs.

That's enough moaning, the Vitara did swallow all our camping gear, luggage and case after case of beer. It also doesn't appear to have aged, despite racking up 11,000 hard miles and when I turned up in the early hours of Monday morning it fired into life first time. I wished I had the peace and mind and security of having a tough reliable Vitara at Glastonbury every year. 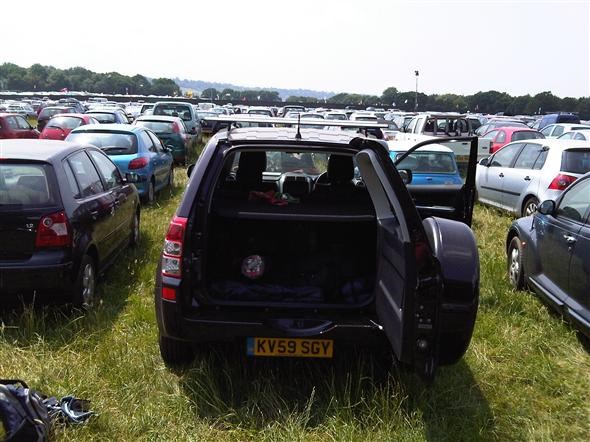