Is this the new Sedona? This new Kia may be a concept but the KV7 shown at the Detroit Motor Show could be a design cue of things to come from the Korean maker.

With spectacular gullwing doors, this MPV has been designed at Kia's Californian styling studio. The funky looks are similar to that on the Soul.

Kia claims the KV7 retains practicality and functionality and if produced could be ideal for customers with families or those who need load space.

On the inside the KV7 concept has four swivelling captain's chairs, plus a rear 'mini-lounge' with a further three seats in this wi-fi enabled cabin. The number seven in the concept's name tallies with the number of seats there are in the car.

Under the bonnet the KV7 is powered by a 285bhp 2.0-litre direct injection petrol engine from the US-spec Optima. Kia claims this car is a concept but then it did build the Soul... 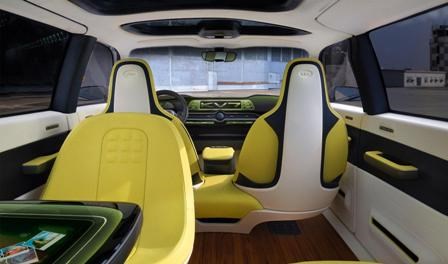 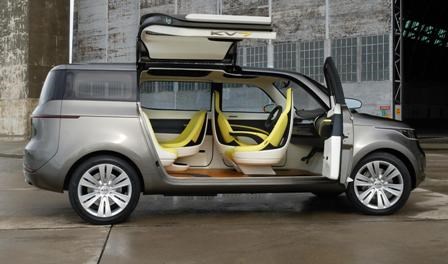