Search new and used Honda Accord cars for sale on Parkers. You can browse thousands of cars for sale in the UK in our easy-to-navigate classified adverts. Then, using our search tools, narrow your search to find the perfect Honda near you for a price that’s within your budget.

108 used Honda Accord cars for sale

Buying used brings almost unlimited choices if you're looking to buy one of many Honda Accord cars for sale. You can click the links below to search through a wide range of cars for sale across the UK. As well as that, you can use our search tools to tailor your results based on price, location, engine and trim – depending on your own personal preferences. With Parkers, you'll be able to find the right used car at the right price for you.

Search new and used Honda Accord cars for sale on Parkers. You can browse thousands of cars for sale in the UK in our easy-to-navigate classified adverts. Then, using our search tools, narrow your search to find the perfect Honda near you for a price that’s within your budget.

What is the Honda Accord?

Here in the UK the Honda Accord model range came to an end in 2015, when the final models sitting above the Civic family were discontinued.

But, depending on where else in the world you live, the Accord is still very much part of Honda's model mix and now in its tenth-generation, with a legacy of bodystyles in its colourful history. 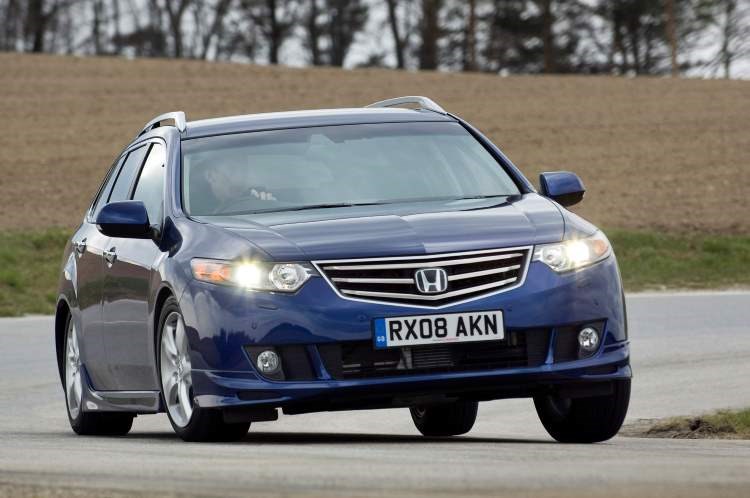 Known for their engineering expertise, the Japanese brand’s cars have become recognized as paragons of reliability, and the Accord models are no exception.

From a UK-market perspective, the final Mk8 range of Accords competed against mainstream opposition such as the Ford Mondeo and Vauxhall Insignia, but were also regarded by some as being a cut-above and hence could be legitimately seen as alternatives to the likes of the Audi A4, the BMW 3 Series and the Mercedes-Benz C-Class.

Which versions of the Honda Accord were available?

Launched in 2008 and hallmarked by fabulous build quality, the eighth-generation models looked like sportier evolutions of their predecessors and similarly were available in two bodystyles. For more traditional customers was the four-door Honda Accord Saloon, with a more practical-but-plush estate version marketed as the Honda Accord Tourer. 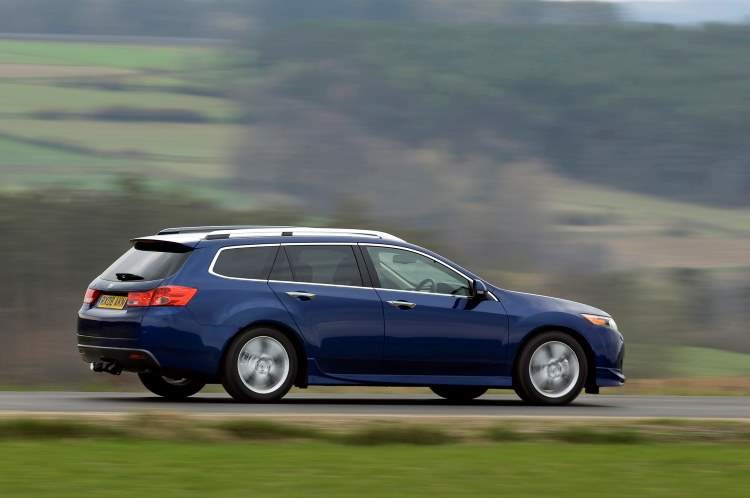 Honda didn’t provide an enormous range of choice on the engine front for the Mk8 Accord: petrols came in 2.0- and 2.4-litre forms, both with i-VTEC variable valve timing.

More popular in such a relatively large car was the very highly regarded 2.2-litre i-DTEC diesel – when fitted to sportier Accord Type S models, it produced 178hp.

What is the Honda Accord Type R?

Only available with the four-door saloon bodywork of the sixth-generation Accord, there was a high-performance version of Honda's family favourite. As with all of Honda’s Type R models, the hottest Accord  was a high-performance family car capable of taking on some of the best sports saloons at the turn of the millennium.

It used a 2.2-litre petrol engine with 212hp and a 7,200rpm redline, and easily identifiable courtesy of its huge rear wing, scarlet badging, Recaro racing seats. 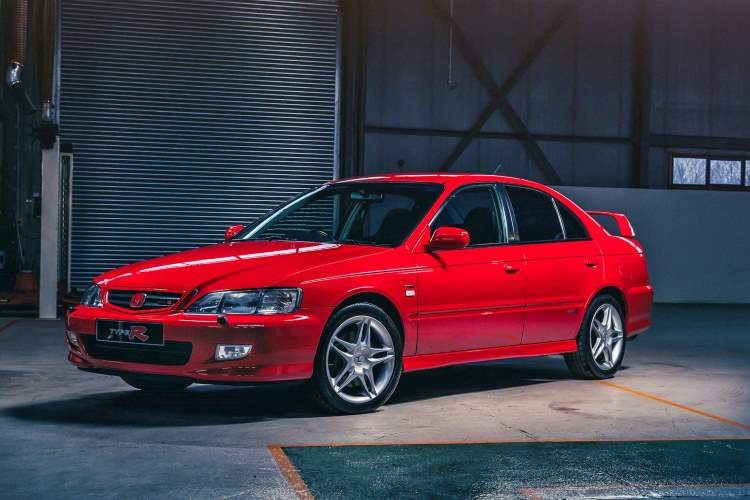 Accord Type Rs built from 2001 saw the 0-62mph acceleration benchmark time drop from 7.0 to 6.7 seconds, so it was no slouch, but it was much more of a road-focused car with front-wheel drive than the boisterous, rally-derived Mitsubishi Lancer Evolution series and WRX-specification Subaru Imprezas.

Honda Accord styling and engineering 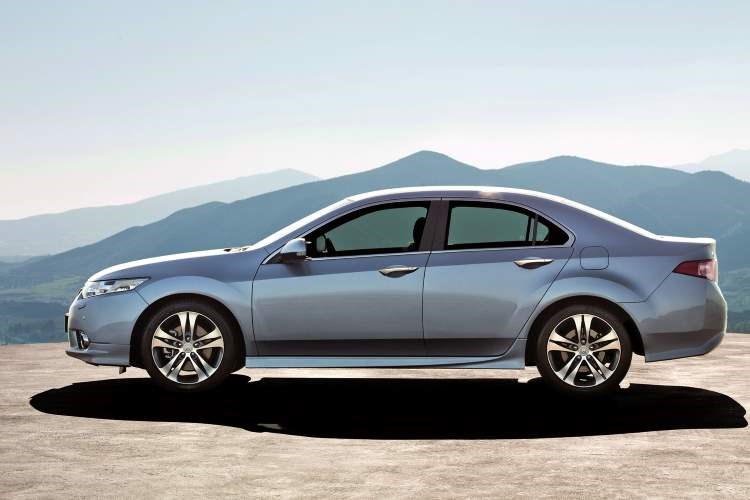 While Honda Accords were usually rather conservatively styled, the eighth-generation version – and its Mk7 predecessor – had a sportier, more chiseled appearance.

Not only was this more in tune with European tastes than its North America-only cousin also sold under the Accord name, it allowed Honda to sell it to US and Canadian customers under its more upmarket Acura brand, where it was known as the TSX.

In true Honda form, build quality itself was excellent, but the materials used for the cabin tended to be harder and less squidgy than those found in European rivals.

Was the Honda Accord good to drive? 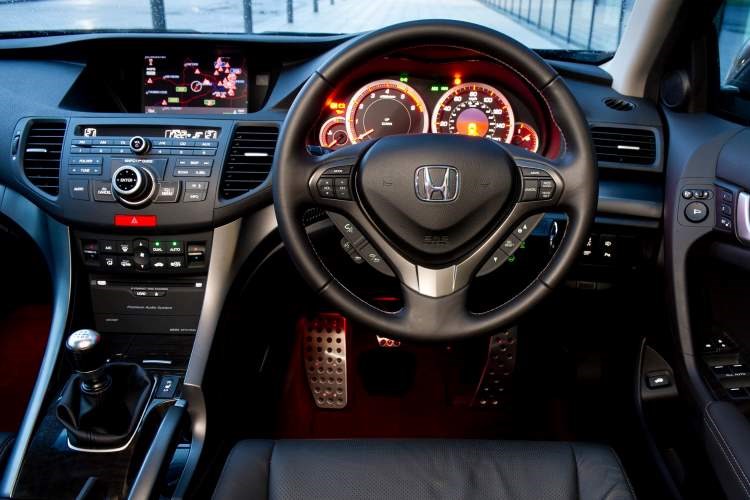 While there was no question marks over the Accord’s engineering integrity, it was nevertheless not as engaging to drive as its key rivals, notably thee Ford Mondeo and BMW 3 Series. Type S models might have looked the part, but their appeal was predominantly skin-deep.

Comfort was more of the watchword here – providing you avoided the largest of alloy wheel sizes. Consider the Accord to be a refined cruiser and it’s unlikely to disappoint.

How much does the Honda Accord cost?

Depending upon the age, mileage, engine and trim level of the Mk8 Honda Accord you’re considering, you can expect to pay from a little less than £3,000 to around the £16,000 mark.

Inevitably, this means it’s comparatively higher than not just its common-or-garden Mondeo and Insignia alternatives, but also – thanks to its reputation for longevity, often more than you’d expect to pay for a comparable Audi, BMW or Mercedes.

This-generation Accord’s reliability remains a strong point: see what drivers of it think with out owners’ reviews. 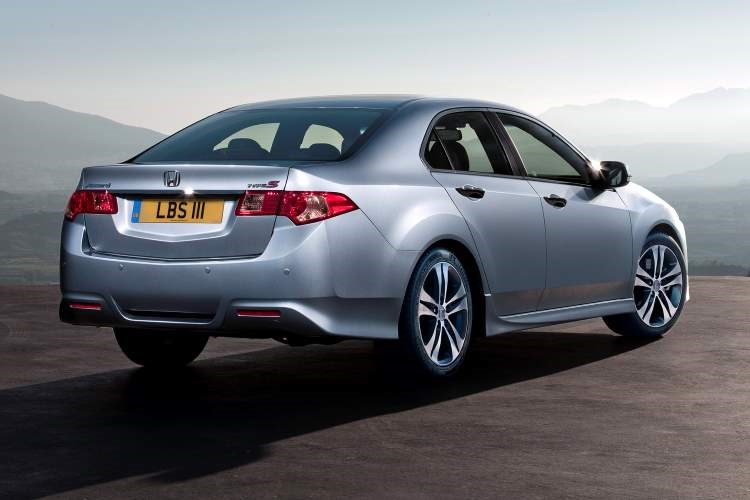 Honda Accord models for sale
Back to top
Sign up to receive the PARKERS newsletters and receive: