Buying used brings almost unlimited choices if you're looking to buy one of many Hyundai i20 cars for sale. You can click the links below to search through a wide range of cars for sale across the UK. As well as that, you can use our search tools to tailor your results based on price, location, engine and trim – depending on your own personal preferences. With Parkers, you'll be able to find the right used car at the right price for you.

6 new Hyundai i20 cars for sale

Do you have your heart set on a new car? Here, you can choose from a good supply of new Hyundai i20 cars for sale by clicking the Cars for Sale classified links below. In addition to that, you can also use our search tools narrow your choice of models, engines and trims even further to find the perfect car for you near to where you live.

Want all the benefits of a new car but at a significant cost saving in cash terms? Buying a nearly-new car generally brings you the remainder of the manufacturer's warranty, full main dealer support, and a used car with low miles on it. To search for nearly new Hyundai i20 cars for sale on Parkers, click on the links below. You will find the best cars for sale near you, and by using our search tools, you can narrow your choice, and find the perfect Hyundai i20 at the right price.

Read review
Leasing
If owning the vehicle isn’t too important to you, you might want to consider leasing as an alternative to purchasing a car outright. You can search over 176 Hyundai i20 lease deals available from just £180 per month at Parkers with national delivery available.
View Hyundai i20 LEASE deals
More

What is the Hyundai i20?

Now on its second generation, the Hyundai i20 is a supermini, which means it competes against the likes of the Ford Fiesta, Kia Rio, Nissan Micra, SEAT Ibiza, Vauxhall Corsa and Volkswagen Polo among a wide range of other small cars.

This in turn means the i20 is in for a bit of a tough time, as there are some extremely good cars available in this segment of the market – not least the Fiesta, which is the UK’s bestselling car.

But Hyundai has cleverly positioned the i20 as a sensible choice. It’s good to look at, mature to drive, has lots of space inside, and comes with a five-year unlimited mileage warranty.

Currently, this Hyundai is only available as a regular i20 Hatchback with five doors, which is sensible without being boring to look at. 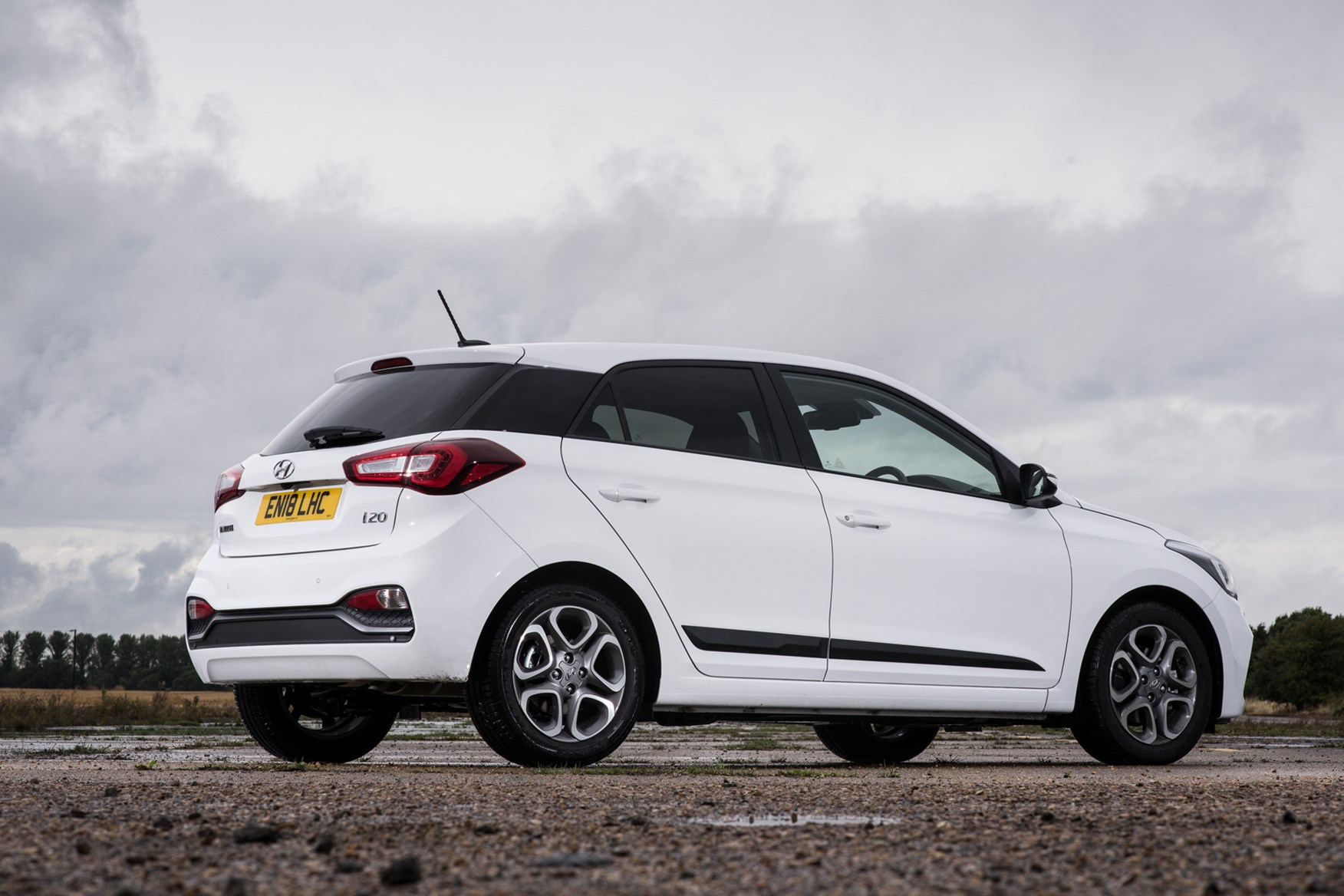 Previously, this generation was also available as the i20 Coupe (really just a three-door hatchback, and renamed as such before it was discontinued) and an i20 Active model, featuring slightly raised suspension and fake plastic body cladding in the manner of an old Rover Streetwise.

These were both discontinued in 2018, though you can read a little more about the Active below. 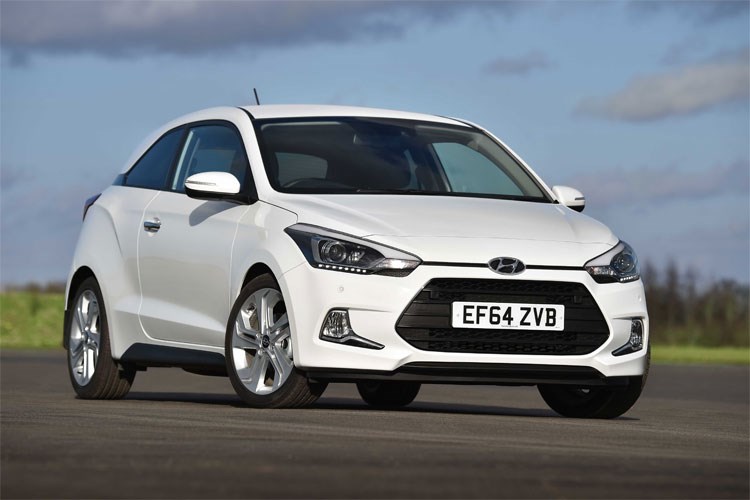 Similarly, while a diesel version of the Mk2 i20 was available initially, the range is exclusively petrol-powered these days, with a choice of 1.2-litre MPI non-turbo in 75hp and 84hp variants, and a 1.0-litre T-GDI available with 100hp or 120hp.

There are four trim levels, two of which come with sat-nav as standard – a good hint that standard equipment is typically very generous on this car.

What is the Hyundai i20 Active?

The i20 Active is one of those pseudo-off-roader conversions of a regular car, designed to bridge the gap between a hatchback and an SUV, and not really satisfying either party. 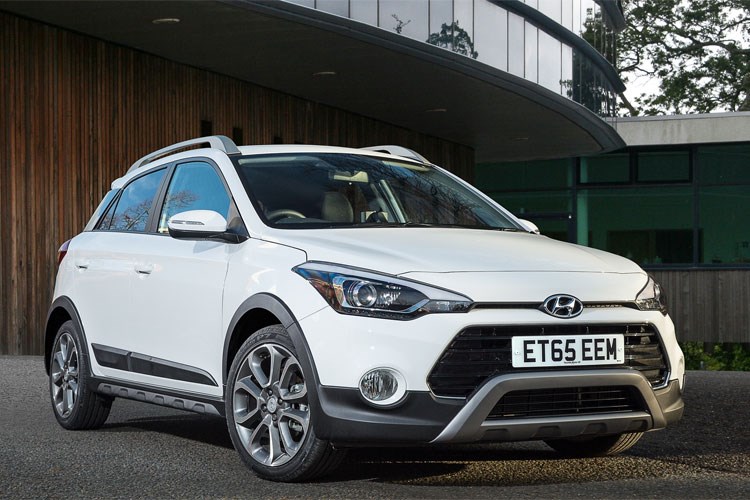 On the plus side, the i20 Active looks quite good, with its 20mm raised ride-height and chunky plastic body work extension. The extra height also raises the hip point of the seats, which might help those with limited mobility get in and out.

However, it has no additional off-road performance and wasn’t particularly good value for money when it was launched. No wonder it was only on-sale for two years.

Fancy something similar new? Then check out the Ford Fiesta Active, which is another attempt at this exact same idea.

The Hyundai i20 isn’t going to break any hearts with its styling, but this is a neatly designed small hatch that you can be proud to put on your drive.

More importantly, it’s also a very spacious small car – so if you regularly need to put adults in the back, the i20 could be worth closer consideration. 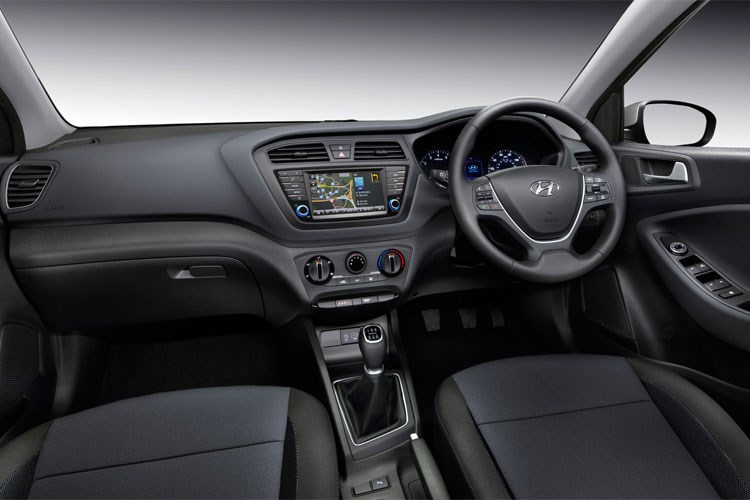 Like the outside, the interior design is mature, but not unattractive. Material and build quality is better than you might expect if you haven’t set foot inside a Hyundai recently. But then, it needs to be, as prices have been creeping up.

Beneath the bodywork, the i20 shares parts with a number of other Hyundai and Kia models – particularly the Kia Rio.

Beyond this, there’s nothing particularly innovative beneath the skin. Though with a five-year, unlimited mileage warranty, it should all prove dependable and durable.

This largely depends on how you define good. 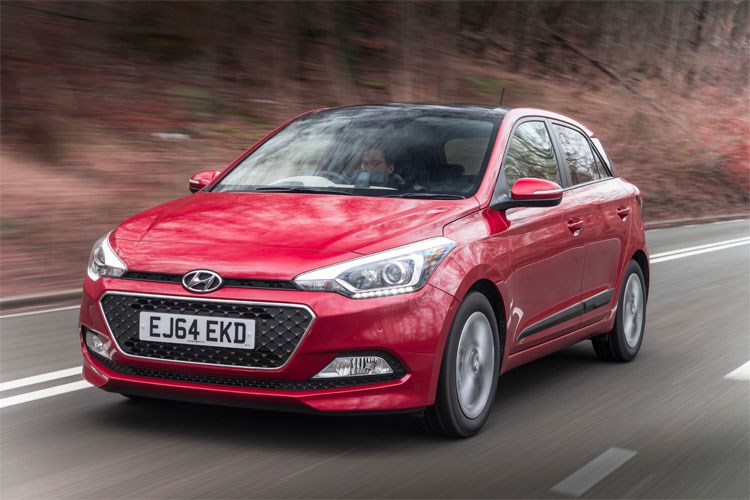 If you’re looking for a comfortable car that feels safe and secure, with light controls and an easy to handle nature, the Hyundai i20 will suit you just fine.

If you’re looking for something with taut responses, high levels of cornering grip and a real sense of driver engagement, you’d best look elsewhere. Try the Ford Fiesta or SEAT Ibiza.

How much does the i20 cost?

Hyundai always used to be a budget conscious brand, but the i20 certainly doesn’t have bargain basement pricing – although Hyundai is one of few manufacturers that often offers cash discounts these days, the i20 is out-priced by a number of more mainstream rivals.

This is particularly the case when it comes to buying on finance, an area where Hyundai isn’t very competitive at all.

>> Search for new Hyundai i20 cars for sale

>> Search for used Hyundai i20 cars for sale

Discover what drivers think of the Hyundai i20 in our comprehensive owner’s reviews.