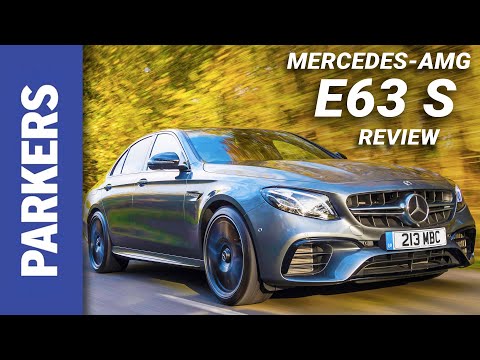 Written by Tom Wiltshire on 30 September 2020

Mercedes has been making luxury executive cars longer than just about anybody, and that certainly shows with the E-Class saloon. While the name dates back to the 1990s, the model line has been going since before WWII – and with that much development, it’s no wonder that the current E-Class is one of our favourite models. It’s also no surprise that it’s popular the world over with everybody from CEOs to taxi drivers.

Released in 2016 and updated with new engines and technology in 2020, the latest E-Class is a technological tour de force – brimming with clever safety and luxury equipment. Key competitors include the Lexus ES and Jaguar XF, but in reality the Mercedes E-Class competes with its countrymen – the Audi A6 and BMW 5 Series.

To compete with such talented and wide-ranging opposition the E-Class can’t be a one-trick pony, but its focus on comfort doesn’t make it too blinkered. In fact, there’s an E-Class to suit nearly everybody, with pragmatic plug-in hybrids making all the right green noises at one end, and fire-breathing AMG-tuned models making a rather louder noise at the other.

All models are united by a level of in-cabin luxury and technology no rival can match, though for many the slightly imperious feeling that comes with the three-pointed star will be enough of a selling point.

After its 2020 facelift, we’re even more convinced that the Mercedes E-Class well deserves its position at the top of the pack.

Longer but lighter than its predecessor, the E-Class Saloon has a wheelbase stretched by 65mm to deliver additional interior space. But the area where it really outpaces the competition is in interior style and quality.

Some of the best tech on the market

The E-Class features the latest version of Mercedes’ adaptive cruise control, which is capable of maintaining a safe distance between you and the car in front right down to a stop. Combined with lane-keeping aids, the E-Class can drive itself hands-off in traffic jams at speeds of up to 37mph.

For 2020, Mercedes has fitted a ‘capacitive’ steering wheel, which can detect your hand upon it – so there’s now no need to periodically twitch the wheel.

And that’s just the driving technology – for infotainment, a pair of widescreen displays dominate the interior. All variants feature these in place of traditional dials, set under a seamless piece of glass which stretches almost to the other side of the dashboard. They’re paired up to Mercedes’ latest operating system, with voice recognition just like your smartphone and augmented-reality navigation to name but two features.

Though the E-Class’ cabin design has now been adopted by the bulk of the Mercedes-Benz range including the A-Class, B-Class, S-Class, GLE and GLS, it still works superbly well in here and is backed up with luxurious material quality and impressive build quality.

An engine for everyone

Whether you want an efficient diesel, clever plug-in hybrid or firebreathing super-saloon, there’s something in the Mercedes E-Class range to suit you. All regular combustion models boast 48V mild-hybrid technology to boost fuel economy, and there’s also a pair of plug-in hybrids – a petrol and a diesel, which is a real rarity.

It’s the diesels that make up the lion’s share of sales, and for good reason – they’re excellent. Superbly refined and efficient yet more than powerful enough for a relaxed cruise, they’re effortless engines and perfectly suited to the E-Class’ character.

That means plenty of scope for buyers – whether they want economy, performance, or a little of both.

The Mercedes-AMG versions (E 53 and E 63 S) offer serious performance and the ability to deploy it in all conditions, given that both come with 4Matic all-wheel drive as standard.

Our leasing partner, ZenAuto is offering the Mercedes-Benz E-Class for per month.

Click here for our verdict on the Mercedes-Benz E-Class, or skip to our thoughts on the interior, running costs, practicality or driving dynamics…

Mercedes-Benz E-Class on the road

Mercedes-Benz E-Class on the road rear