To say the Bentley Mulsanne seats four adults in comfort is an understatement akin to describing a nuclear blast as ‘a bit loud’. Legroom is expansive, headroom is stratospheric and even the largest of human beings isn’t going to be left wanting for room.

There are also several storage spaces dotted around the cabin including a hide-lined box in between the two front seats to house a built-in phone. On the back of the front seats you have some very expensive-looking wooden tables, on which rear passengers can rest their laptops or eat their smoked salmon. 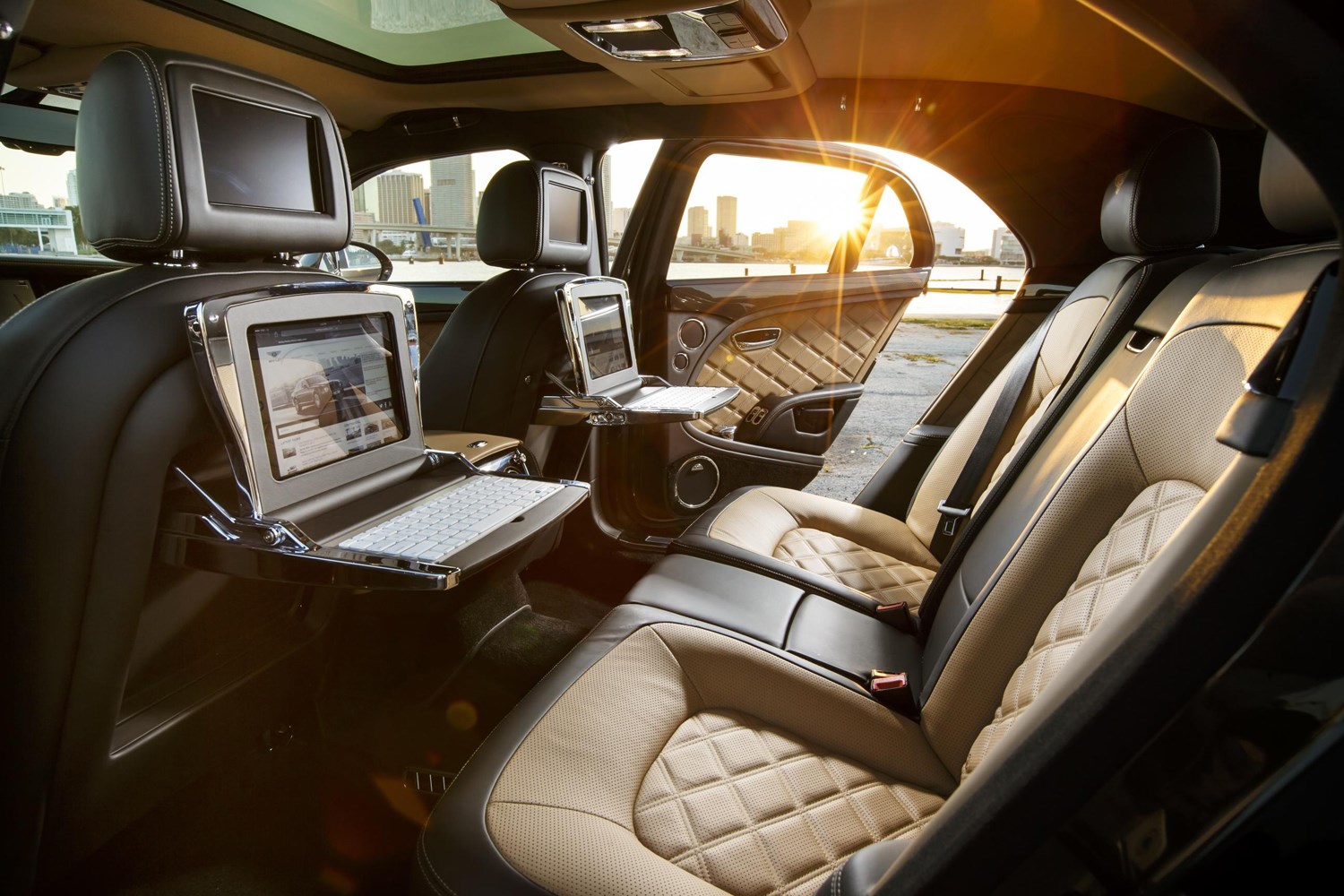 This isn’t a car designed with ultimate luggage capacity in mind, however. In fact, load space has been sacrificed to provide the most amount of cabin space possible. The boot, which is trimmed in carpet and leather to match the interior, has a luggage capacity of 443 litres.

Compare this to even a short-wheelbase Mercedes-Benz S-Class, which offers 560 litres of space in the boot, and you’ll see it isn’t exactly class-leading in this respect. But then, how many Mulsanne buyers will be worried about how many suitcases will fit in the car? It’s likely that’ll be the butler’s job. 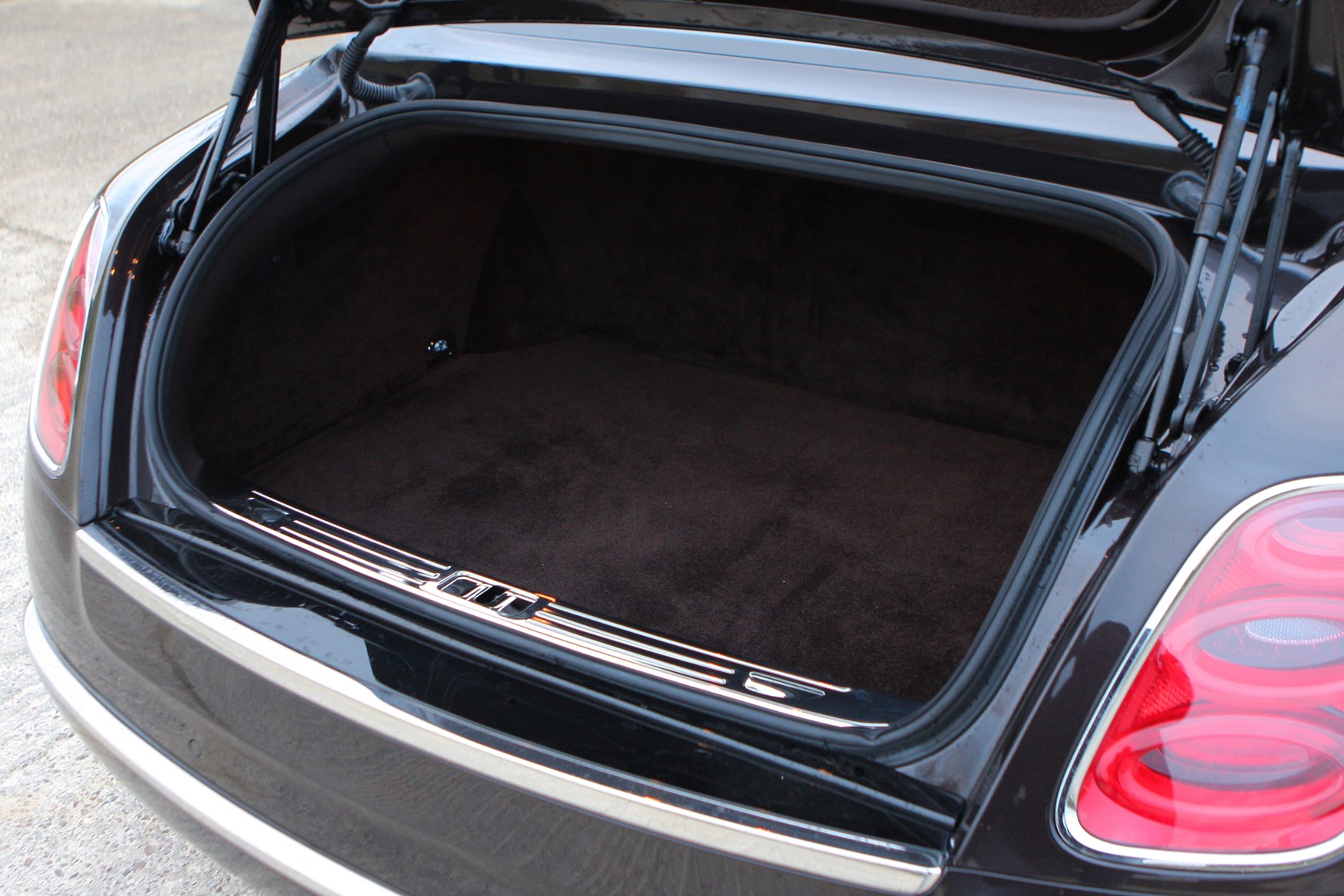 Although it hasn’t been tested by Euro NCAP, the Mulsanne has a host of safety systems which should help protect occupants in a crash. There are airbags for driver and front passenger, while each seat also gets head and thorax airbags too, which are claimed to be more effective in a collision. There are Isofix child seat fittings in the rear and a tyre pressure monitoring system.

Features such as lane departure warning and blind spot detection, however, are notable by their absence. These systems are available on much less expensive cars from other firms.

The basic equipment list includes equipment that is standard across all versions of the Bentley Mulsanne (10-20).