Large and luxurious grand tourer, but it's pricey 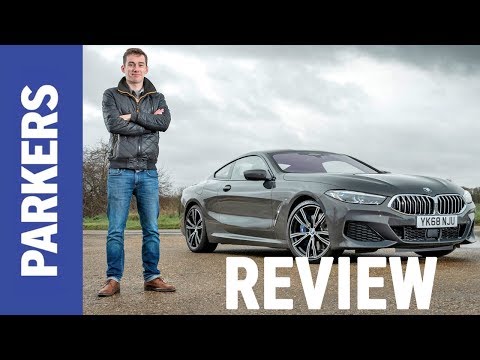 Written by Lawrence Cheung on 08 January 2020

BMW’s 8 Series Coupe sits atop of the German manufacturer’s model range, taking up the mantle of flagship luxury grand tourer from the 6 Series Coupe. Like its predecessor, it’s also available as a two-door 8 Series Convertible and four-door hatchback/coupe in the form of the 8 Series Gran Coupe.

The 8 Series has been designed to combine luxury and driving pleasure across the range, while a fully-fledged M8 performance version sits at the top of the line-up, meaning it's aiming to cover an awful lot of bases in the process.

Rivals are many and talented. Big names such as the Aston Martin DB11, Bentley Continental GT, Lexus LC and Mercedes-Benz S-Class Coupe all feature at least in ethos, if not price, so that means the 8 Series needs to be a special bit of kit to lure buyers away from them.

Can it stand up to such expensive competition?

Interior quality is highly impressive. The seating position can be cranked low like a sports car, and a cut-glass finish for the gear selector and starter button help differentiate the cabin from other BMW models (unless you’ve paid extra for that on models like the X5). Leather adorns almost every surface and it appears to be a high-quality car throughout.

The 8 Series features BMW’s latest iDrive 7.0 infotainment, capable of over-the-air software updates and the ability to be controlled by voice, gesture and finger-trace, plus regular buttons and an iDrive controller, so it's bang up-to-date regarding the technology and features that are available. Ergonomics are hard to fault, and you’ll quickly feel at home as it's all very familiar to the rest of the BMW range.

However, that feeling of familiarity may be a slight disappointment, as many of the fixtures and fittings can be found in the 1 Series and 3 Series – cars that are significantly cheaper than the 8.

The boot is a decent size, and you can fold down the rear seatbacks via levers in the boot to carry longer items, although the aperture beneath the bootlid is relatively narrow. As for passengers, an average-height adult will feel comprehensively squashed in the 2+2 rear seats. They’re best suited to children, or brief journeys with forgiving passengers.

There’s a choice of three petrols and a diesel. The petrol range starts with the 840i, a 3.0-litre six-cylinder with rear-wheel drive and 340hp, while the mid-range M850i comes with a twin-turbo 4.4-litre V8 with xDrive all-wheel drive.

The M850i is an M Performance model, like the M135i or M760i – hotter than the standard car, but not quite as aggressive as a fully-fledged M Division version. Think of it a bit like Audi’s S badge. The M850i may not be a bona fide M car, but it features a host of advanced chassis set-ups as standard, including rear-wheel steering, an M Sport electronic limited-slip differential, and adaptive dampers, plus the option to upgrade the latter with something called Active Roll Stabilisation, which we’ll come onto later.

There's also a full-bore M8 Competition sitting on its own as the performance flagship above the M850i, offering 625hp and a 0-62mph time of just 3.2 seconds, making this is the most powerful road car the firm currently builds.

The Competition part of the badge includes styling and performance enhancements, with all models coming to the UK being sold in this spec only. Non-Competition spec models come with silver exterior detailing, for example, instead of the black chrome seen here. BMW describes the M8 Competition as the first luxury sports car and it’s also available in Convertible and Gran Coupe forms.

The diesel option is the 840d xDrive, meaning this is also powers all four wheels, and comes with a 3.0-litre straight-six producing 320hp and 680Nm of torque.

Read on for the full BMW 8 Series Coupe review