Buying used brings almost unlimited choices if you're looking to buy one of many Cupra Ateca cars for sale. You can click the links below to search through a wide range of cars for sale across the UK. As well as that, you can use our search tools to tailor your results based on price, location, engine and trim – depending on your own personal preferences. With Parkers, you'll be able to find the right used car at the right price for you.

Do you have your heart set on a new car? Here, you can choose from a good supply of new Cupra Ateca cars for sale by clicking the Cars for Sale classified links below. In addition to that, you can also use our search tools narrow your choice of models, engines and trims even further to find the perfect car for you near to where you live.

The Cupra's 300hp SUV is a hot-hatch in disguise

Read review
Leasing
If owning the vehicle isn’t too important to you, you might want to consider leasing as an alternative to purchasing a car outright. You can search over 48 Cupra Ateca lease deals available from just £475 per month at Parkers with national delivery available.
View Cupra Ateca LEASE deals
More

What is the Cupra Ateca?

You might recognise this car as the SEAT Ateca, but it's the first standalone model under the Spanish brand's standalone performance car brand, Cupra. You won't find any SEAT badges here - well, unless you look closely at details such as the lights.

From this point on, Cupra cars will be models in their own right, focusing on trendy design and an exciting driving experience. So though this is still a family SUV, it’s powered by a 300hp 2.0-litre turbo petrol engine.

And while the general dimensions and interior space are the same as the regular SEAT version, the Cupra gets a whole host of individual styling details, many of which are picked out in the unusual combo of copper and carbonfibre, all of which make it appealing alongside the hottest versions of the Audi Q2, MINI Countryman and Volkswagen T-Roc.

Which versions of the Cupra Ateca are available?

Although there is just one engine available in the range, it’s available in four different specification grades: Standard, Design, Comfort and Sound, and Comfort, Sound and Design. 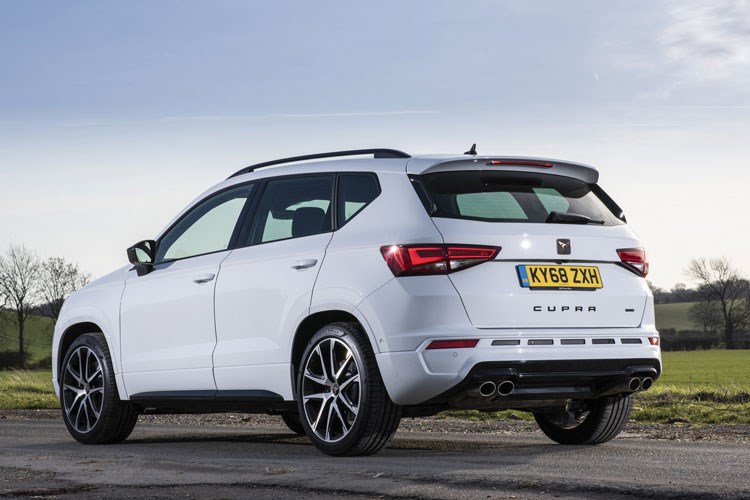 The standard equipment level is very generous, so consider carefully before you get too carried away with the additional variants – the difference in price between the cheapest and the most expensive is over £5,000.

That said, the Comfort and Sound package does add a lot of additional safety kit; the Design pack is just a set of copper-coloured alloy wheels, some black interior detailing and a brake upgrade.

This is undoubtedly a very striking-looking vehicle. The copper accents are very unusual, and makes this SUV instantly recognisable in spite of its general similarity to lesser SEAT models and a number of other Volkswagen Group SUVs.

A deeper front bumper, large alloy wheels and a rear bumper with no less than four tailpipes exiting through it ensures it stands out against other less performance-orientated SUV rivals as well. 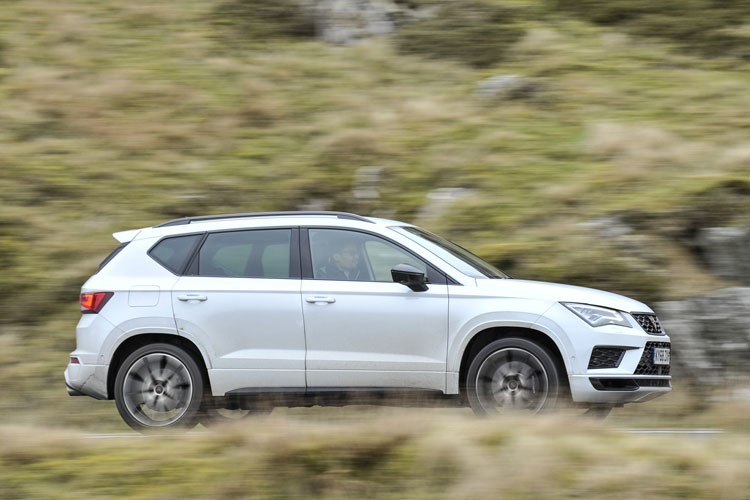 Engineering wise, it’s very similar to the regular model – as well as the Skoda Karoq and Kodiaq, and the Volkswagen T-Roc and Tiguan – though four-wheel drive and a seven-speed DSG automatic transmission are both fitted as standard rather than being optional.

With a 2.0-litre TSI turbo petrol engine producing 300hp and 400Nm of torque, which is sent to the wheels via a seven-speed DSG dual-clutch automatic gearbox and 4Drive four-wheel drive system, it's certainly fast. 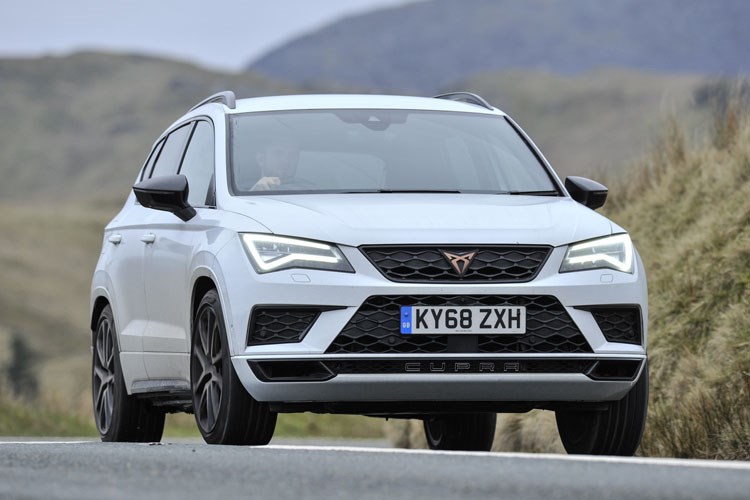 However, for all that this is billed as an exciting performance brand, it's not actually that thrilling from behind the wheel. Think comfortably competent – and yes, even on those really big wheels, the ride comfort is impressive – rather than spine-tingling.

The list prices are a little heart-stopping for what is basically just a pimped-up Ateca – especially if you get carried away with the higher-specification trim levels – but the Cupra generally looks much more reasonable when bought on finance.

For example, we’ve seen deals that would put one of these 300hp machines on your drive for less per month than a 190hp Skoda Karoq – with the same deposit and contract terms. So it pays to shop around.

Already bought a Cupra Ateca? Then why not create an owner’s review, and let other potential buyer know what you think of this interesting SUV.

Cupra Ateca models for sale
Back to top
Sign up to receive the PARKERS newsletters and receive: