If you want comfort on long motorway drivers, a used Ford Mondeo - chosen from the thousands offered for sale on Parkers - could surprise you with the level of refinement on offer. A ground-breaking front-wheel drive design for Ford, the first generation is now a classic; you can find thousands of used Ford Mondeos for sale with Parkers from the second, third and fourth generations however. The most recent used or nearly-new Mondeo you’ll find first went on sale in 2014; a large, refined saloon, hatchback or estate that blends practical load space and comfortable passenger room. There’s even a hybrid option, though it’s not as advanced or smooth as rivals. The best 2014-on Mondeos to look for include the 2.0-litre diesel and surprisingly lively 1.5-litre EcoBoost petrol; there’s even a 1.0-litre EcoBoost that sips petrol, but is predictably slow. Considering the 2007-2014 Mondeo? Seek out the Econetic diesel for economy if you don’t need to drive in ULEZ areas, or the 1.6-litre Ecoboost if you’re near London. All models of Ford Mondeo represent good value for money used buys with easy ownership, so search now for your ideal Mondeo
Read more
NewUsed
NewUsed
Showing 1 to 10 of 1,229
Next

What is the Ford Mondeo?

It’s one of the most familiar names in the car industry that still adorns the boots of a range of large family hatchbacks, saloons and estates, but the Ford Mondeo isn’t the sales star it once was. Faced with the onslaught of the SUV, the Mondeo finds itself swimming in an ever-decreasing pond, but remains a credible choice for those looking for a comfy family car.

So while ‘Mondeo Man’ might have moved on to crossovers and SUVs, Ford’s flagship range offers premium levels of refinement and comfort, efficient diesel engines and the option of a hybrid model. Rivals include the Vauxhall Insignia, Volkswagen Passat, Mazda 6 and Skoda Superb, along with the BMW 3 Series, Mercedes-Benz C-Class and Audi A4.

Which versions of the Ford Mondeo are available?

There are three body styles available: a five-door Mondeo Hatchback, a spacious Mondeo Estate and a traditional four-door Mondeo Saloon. The four-door version is available exclusively with a 2.0-litre petrol-electric hybrid powertrain developing 187hp. The CO2 emissions of 98g/km make it a prime candidate for tax-conscious motorists, and while the hybrid is now also available in Estate form, some drivers may find that the 2.0-litre EcoBlue diesel engine delivers better real-world economy.

This new diesel was added to the range in early 2019 and is available in 150hp and 190hp outputs. The sole petrol engine is a 1.5-litre EcoBoost, developing 165hp and mated to a six-speed manual gearbox or a six-speed automatic gearbox. The 150hp diesel gets the same choice of transmissions, while the 190hp version gains Ford’s Powershift automatic.

Trim levels include the entry-level Zetec Edition, the plusher Titanium Edition, sporty ST-Line Edition and the flagship Vignale, which sees the Mondeo edging closer to its premium rivals. 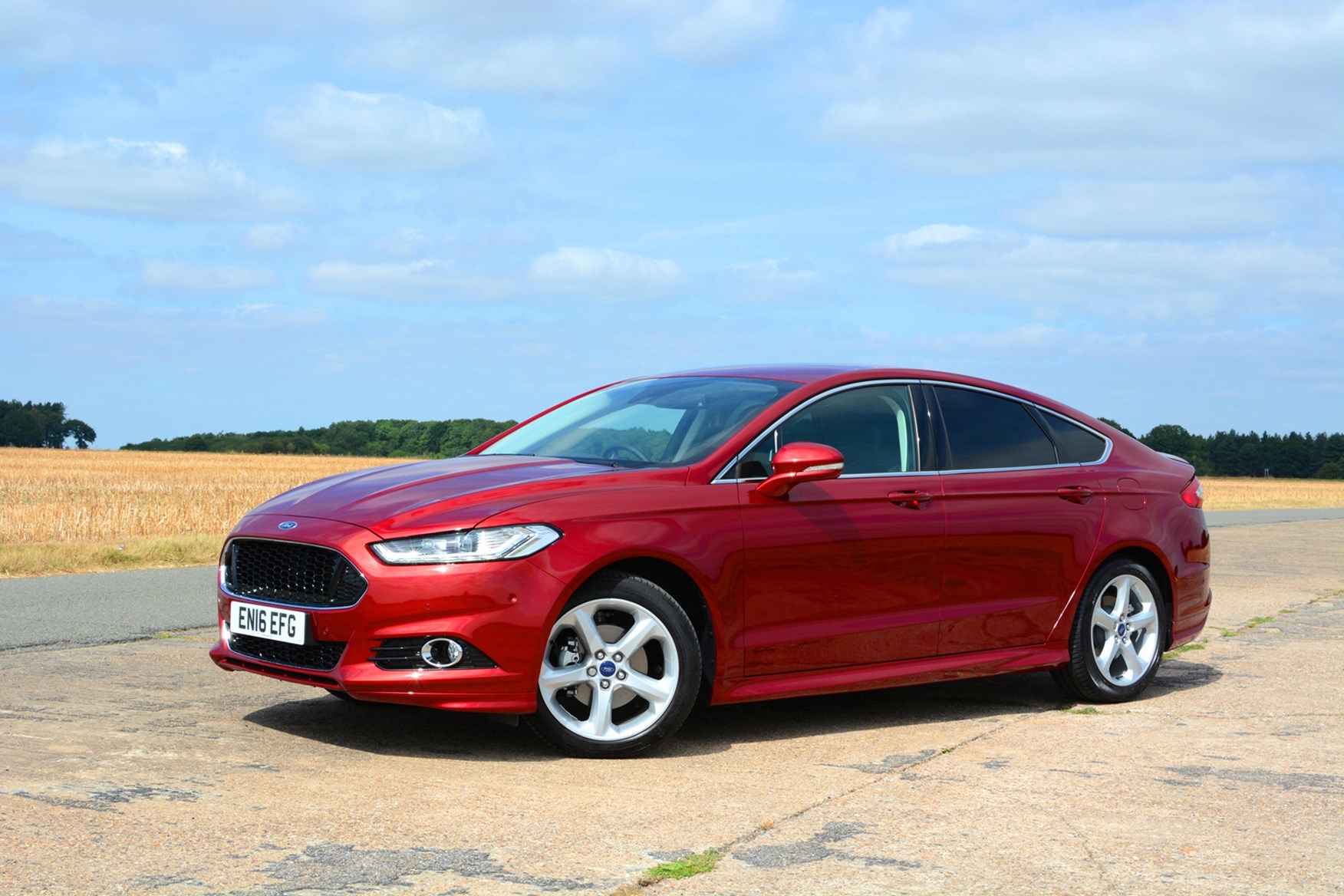 What is the Ford Mondeo ST?

The days of the ST200 and ST220 are behind us, with today’s Mondeo more focused on efficiency and comfort. The 0-62mph time ranges from 9.1 to 11.1 seconds, with the 190hp 2.0-litre EcoBlue offering the most power. The Mondeo ST-Line does at least look the part, with more aggressive styling, lowered suspension and sports front seats. 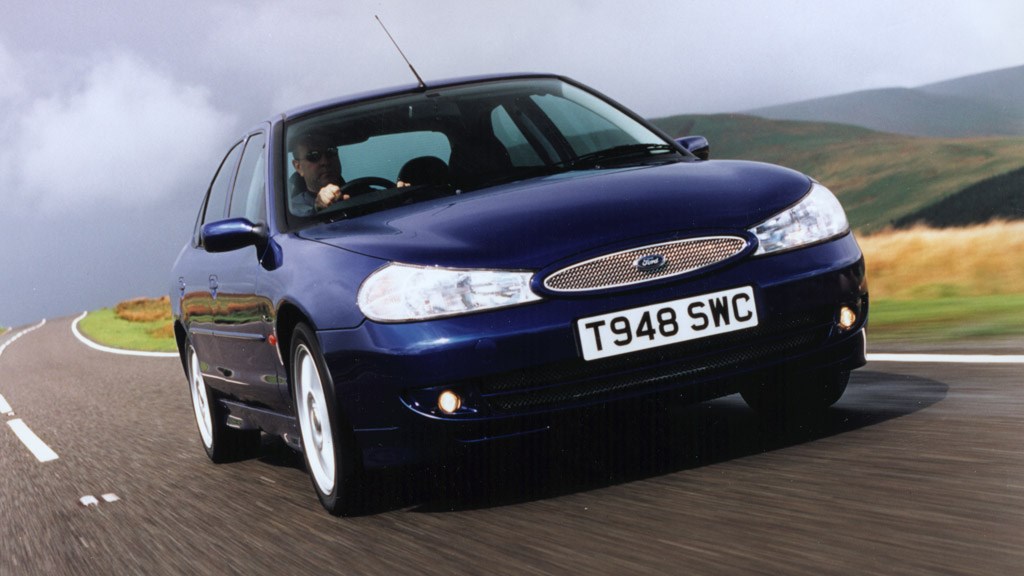 Make no mistake, the Ford Mondeo is a big car – the current one is longer than the final-generation Scorpio from two decades ago. This is hardly surprising, given the fact that it’s the same car that’s on sale in the US, albeit with a Fusion badge over there.

Ford’s stylists have done a fine job of disguising the sheer size of the thing, with the hatchback treated to a smart, fastback-style body. A 2019 update included the mildest of facelifts, new personalisation options, interior tweaks, tech upgrades and the availability of a hybrid estate. 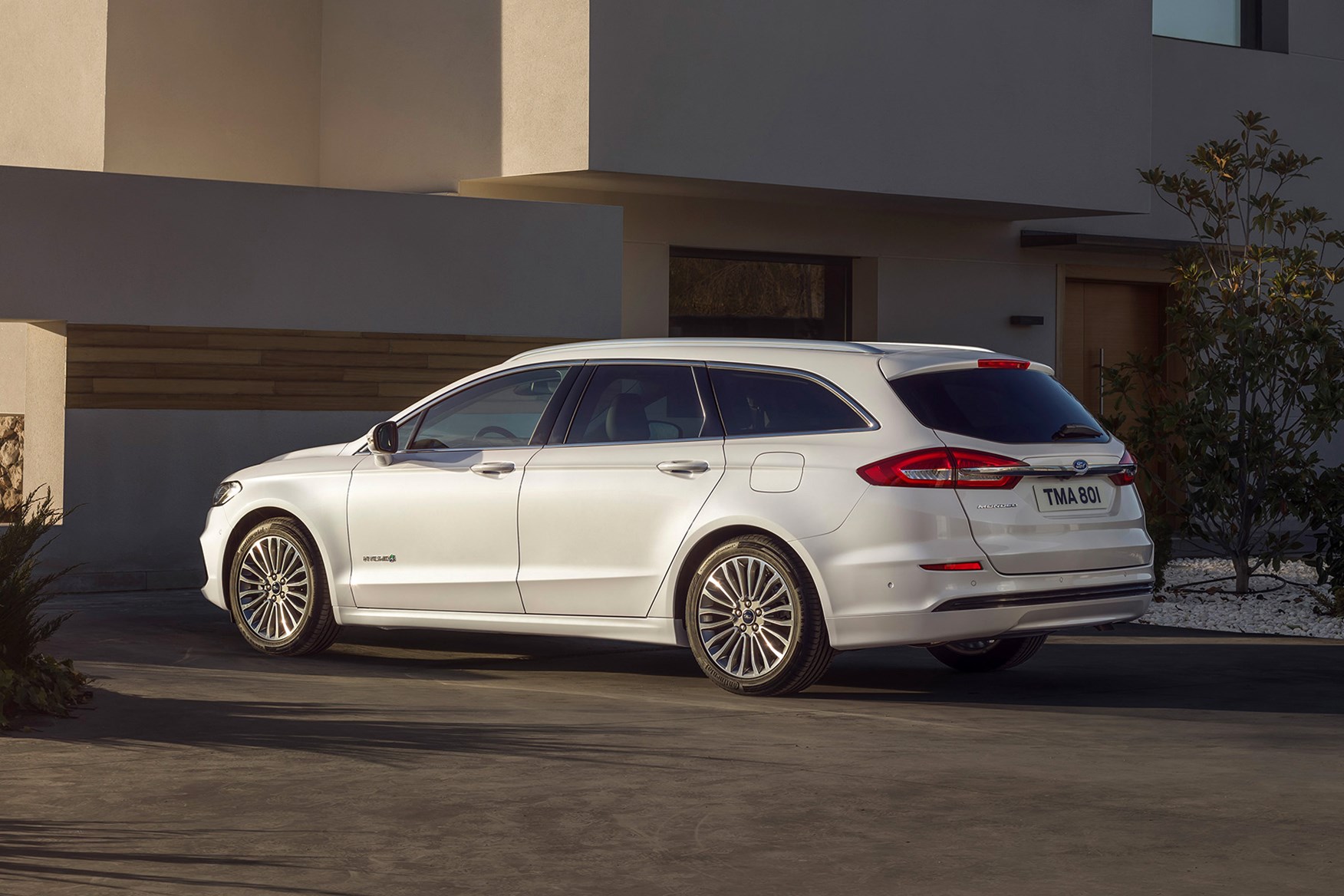 The Mondeo remains one of the best looking cars in its class and, based on pure sales figures alone, it’s far more exclusive than in the days when it topped the UK sales charts. But with five years under its belt, the Mondeo is beginning to show its age, especially when viewed alongside the new Focus.

There was a time when the Ford Mondeo was the go-to car for the company driver who wanted to enjoy the trip from the Little Chef car park to the sales conference in Leeds. Today, it has to pass that baton to the Mazda 6, which is the class leader in terms of dynamics. The Mondeo is far from unpleasant, but it seems to have lost some sharpness over the course of four generations. 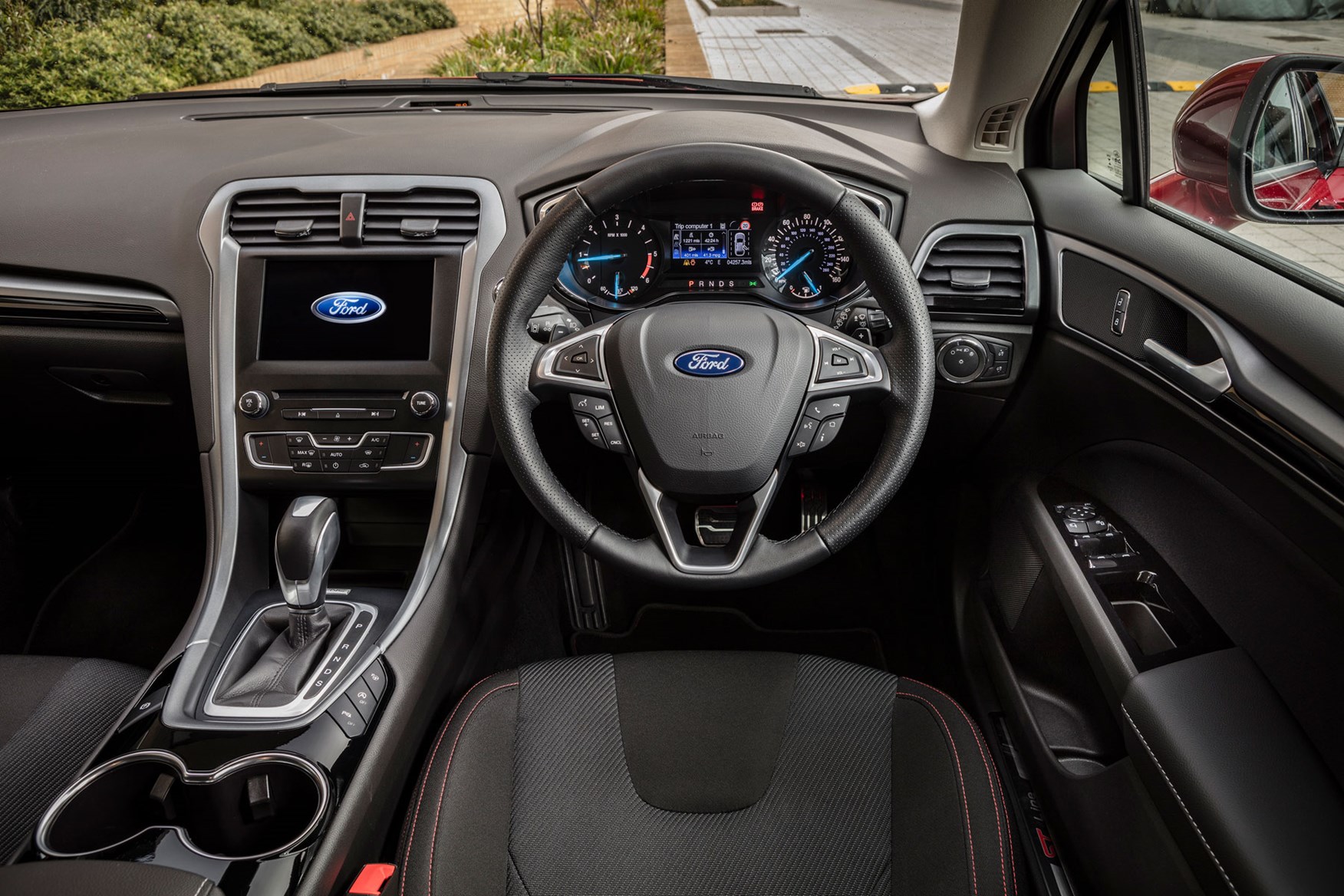 The current car is less communicative and more prone to understeer, although it’s surprisingly agile for a car of its size. We’d recommend opting for one of the smooth and efficient diesels and enjoying the comfortable ride.

How much does the Ford Mondeo cost?

The Mondeo range opens at a price point similar to a top-spec Fiesta and a mid-range Focus, meaning you’re getting a huge amount of car for not a lot of cash. We’ll counter this by pointing out that the Mondeo dates back to 2014, while the Fiesta and Focus are both new and much improved. Historically, the Mondeo has also suffered from poor residual values. An entry-level Vauxhall Insignia Grand Sport is around £2,000 cheaper than a Mondeo Zetec Edition, but the lowest-priced Mazda 6 costs around £1,000 more.

How do Mondeo drivers rate their cars? Find out with our comprehensive owners’ reviews.

Parkers has thousands of used Ford Mondeo cars for sale in our classified listings. Find your next secondhand model in our ads – we’ve everything from family cars and hatchbacks to executive saloons and sports cars.
Back to top