This car has been superseded by a newer model, click here to go to the latest Ford Mondeo Hatchback review. 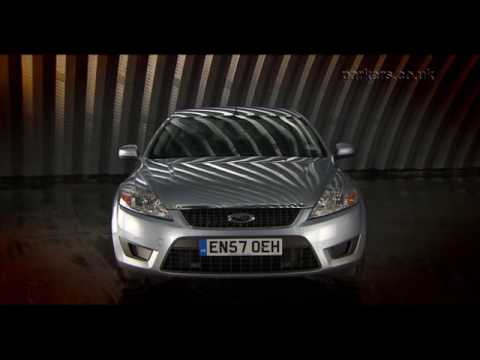 This is the third generation of the Ford Mondeo Hatchback. It’s also the largest, most comfortable, and best equipped version yet, with a derivative to suit most buyers.

The entry-level cars are the best large hatchbacks you can buy and far superior to the Vauxhall Vectra and Renault Laguna. Overlook the Ford badge and the top-range models rival prestige cars such as the BMW 3 Series, Audi A4 and Mercedes-Benz C-Class in terms of build quality and driving experience.

Prices have actually come down for this generation of Mondeo, despite the fact that it's better equipped, safer and bigger than before. The flipside to this is that the huge discounts that were previously available will now be much more difficult to come by because Ford has reduced the list prices.

This car is far better to drive than before and is now a genuine competitor in the handling stakes for its predominantly rear-wheel-driven and predominantly German rivals. It feels very ‘premium’ in the cabin too, further adding to the prestige appeal that Ford buyers expect nowadays.

At home on the motorway

Cabin refinement has taken a leap forward, and driving the Mondeo is a comfortable and quiet experience. It’s the perfect motorway cruiser, which is why the car is so popular with company car drivers.

There’s a range of low-CO2, high MPG diesel engines alongside some more powerful petrol offerings if you fancy performance instead of petrol-saving.

In 2010 the Mondeo received a little cosmetic surgery. The most noticeable part of this refresh is the new nose-job. The front end has had a complete overhaul, and this includes an enlarged lower grille and a smaller upper grille, while the rear receives new LED tail-lights, an all-new bumper, a reshaped valance and an integrated rear spoiler.

The interior has also had a little nip-and-tuck. There’s now a one-piece central console which is soft to touch and the plastics are of a higher quality. More kit is offered as standard including blind-spot alerts, lane-departure steering-wheel vibrators, an alertness assessor, rear-view camera, automatic headlight dipping, speed limiter and LED daytime running lights.

Read on to find out why the Mondeo has its German rivals in its sights in our full and comprehensive Ford Mondeo hatchback review.