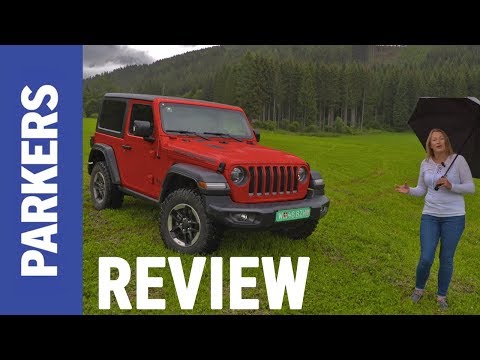 Written by Richard Kilpatrick on 12 August 2021

The Jeep Wrangler has been around in one form or another for 80 years, with the Willys Jeep kicking things off back in the 1940s.

A total of five million have found homes across all generations, and the JL Wrangler's success continues, selling almost half a million in the US and Canada alone since launch.

Is the Jeep Wrangler any good?

This latest model is the most accomplished yet, borrowing from its legendary status as an automotive icon, but with a bit more all-round appeal for a new kind of buyer for Jeep – the ‘Urban Jeeper’.

Jeep recognises people want the rugged look of the Wrangler but aren’t necessarily the kind of serious off-roaders as its more traditional buyers, so this latest generation aims to appeal to a wider spectrum of customers.

Direct rivals are thin on the ground, though. The Suzuki Jimny is similar in concept but much, much cheaper, while the Mercedes-Benz G-Class is also similar, but much, much more expensive.

At the Wrangler's price point, focused off-roaders such as the Toyota Land Cruiser and Mitsubishi Shogun Sport spring to mind, but those who remain in urban areas most of the time may also consider something a bit more road-biased like a Range Rover Evoque, or even a sportier hatchback.

Not much has changed styling-wise over the years and Jeep has ensured there are plenty of design elements on this latest Wrangler that have been seen on several of its predecessors.

A trapezoidal grille shape, round lights, those broad wheelarches, detachable doors, roof and windscreen, plus a slim. fiull-width dashboard are all cues borrowed from previous versions, yet there are plenty of modern touches such as full LED headlights and an all-new infotainment system to keep it contemporary.

There are three roof options available – the Sky One-Touch canvas sunroof that slides back the full length of the car (for the Wrangler Unlimited/four-door), fully open Premium Sunrider soft top, and the solid Freedom Top which has two panels over the front seats that lift off, plus a detachable hardtop for the rear.

The default option presented on the configurator is the Freedom top, but all of the options are available in the price list - so if you're looking for something specific get down to the dealer, don't rely on the online options alone.

Wranglers in the UK are petrol powered with an eight-speed automatic gearbox – though the first three years offered a diesel as well. The 2.2-litre turbodiesel produces 200hp and is quite quick, but the 2.0-litre petrol offers 272hp and better emissions performance.

A plug-in hybrid Wrangler 4xe is available in America, and would make a great deal of sense in the UK, and a wholly electric Jeep concept shows the Wrangler's here to stay.

Naturally, it comes as no surprise that the Jeep Wrangler is fitted with four-wheel drive as standard, using Jeep’s Command-Trac full-time system.

For those who regularly venture off the beaten track is the Wrangler Rubicon – the more focused version that makes use of a Rock-Trac four-wheel drive system that’s even more advanced and capable.

A Jeep wouldn’t be a Jeep without some serious off-road ability, and the American maker has ensured the latest Wrangler will satisfy the enthusiasts.

It can tackle some seriously rough terrain even in regular Sport or Sahara spec with road tyres, thanks to the four-wheel drive system that comes with low-range ‘box. Unlike previous generations of Wrangler, the JL has both full-time and part-time all-wheel drive modes, meaning you can get the security of 4x4 grip even at speed on tarmac, for more confidence in poor weather. Even so, the Rubicon is the one to get if you're a serious off-road driver.

Off-road tyres and upgrades to the four-wheel drive system mean you can tackle pretty much any terrain imaginable. All Wranglers are ‘trail-rated’, meaning it has met a standard of off-road ability to make it a true Jeep, and there’s a nice little plaque to advertise just that on the car, but the Wrangler Rubicon is more focused than any other off-roader you can buy from the showroom.

It’s a slightly different story when you take the Wrangler on-road (which is where the majority of them will remain, if you’re one of these new-generation ‘Urban Jeepers’). If you want to drive on-road then the four-door Unlimited should be your starting point.

The experience is much more civilised than the previous model, but there’s still a wallowy, detached feel on a twisty road. It’s harsh to criticise the Wrangler too much for this, because it’s not built as a sharp-handling family crossover, but the driving experience takes a little getting used as you make corrections to the steering wheel constantly when driving down the road.

When assessed by Euro NCAP at the end of 2018, the Jeep Wrangler was awarded just a single star. This is an unacceptably low score for a new design of car and something that may well limit Wrangler sales to all but the most ardent of Jeep enthusiasts.

We expect that Jeep's parent company, Stellantis, will be working on a series of upgrades to enhance the Wrangler's safety credentials, but it's worth noting that the low score is, in part, because the Wrangler does not have a lot of safety technology.

Read on to see how we rate theJeep Wrangler's practicality, interior, running costs and driving experience – or click here to skip straight to our verdict.