No other 4x4 can offer this mix of grit and glamour 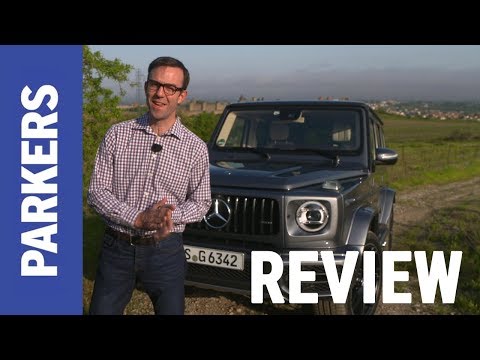 Written by Alan Taylor-Jones on 26 October 2021

In a market that's become overrun with SUVs that would soon get themselves horrendously stuck should they venture too far from Tarmac, the Mercedes-Benz G-Class is one of the few truly authentic off-roaders out there.

Unlike so many rivals that prioritise on-road handling finesse over go-anywhere ability, the G-Class still has a sturdy separate chassis, a live rear axle, low range gearbox and three differential locks. Off-road enthusiasts will no doubt be salivating at this point, but those scratching their heads just need to know they all help the G-Class go places few other luxury SUVs ever could.

Under the bonnet is a choice of just two engines. Sensible sorts will appreciate the smooth six-cylinder G400d diesel, whilst those with a screw loose can pick the mad AMG fettled G63 with its 4.0-litre twin-turbo V8. The former packs a punchy 330hp while the latter's 585hp is enough for sports car worrying straight-line performance despite weighing over 2,500kg. If those options don't appeal, an all-electric version is on the horizon.

Inside you'll find a leather and wood lined cockpit with a couple of massive digital displays that seem totally at odds with the old school exterior. Still, you'll find plenty of up-to-date tech that allows you to sync your phone, connect to the internet and even help out with driving duties. Unlike some rivals, there's no seven-seat option or choice of body lengths and door counts.

Speaking of rivals, we'd argue that the Jeep Wrangler has a similar off-road focus and industrial-grade underpinnings, even if it is half the cost. There's also the Land Rover Defender but really, you're looking at the full-size Range Rover as a true competitor, even if (whisper it) it's not quite as capable off-road. A BMW X7 will cost you a similar amount, too, but that's not going to get you up the grassy side of a mountain now, is it?

Over the next few pages we’ll be scoring the G-Class in 10 key areas to give it a score out of five. They’ll take into account the driving experience, how pleasant the interior is, the practicality on offer and what it’ll cost you.