This car has been superseded by a newer model, click here to go to the latest Peugeot 208 Hatchback review.

Attractively styled and well-equipped, but showing its age 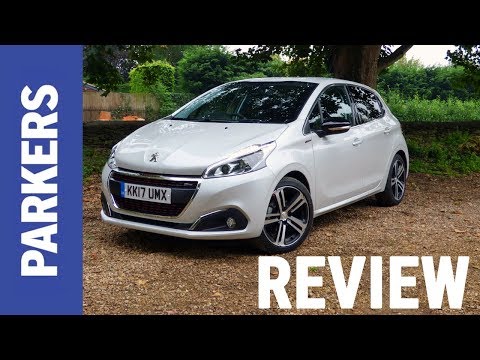 Smart, efficient and practical, the Peugeot 208 hatchback is the latest model in a long line of appealing small cars from the French brand.

It does, however, have two issues: primarily, it competes in the most competitive sector where cars such as the Ford Fiesta, Vauxhall Corsa and Volkswagen Polo vie for attention alongside other talented superminis like the Citroen C3, Renault Clio, SEAT Ibiza, Skoda Fabia and Toyota Yaris. And there a several more besides.

It also has a ghost of the past to compete with – the Peugeot 205. Considered one of the best small hatches of the 1980s, especially in high-performance GTI guise, it’s remembered fondly in Peugeot circles.

So the 208 has great expectations heaped upon it and, at first glance, it looks like a worthy successor to the great 205. The styling is simple but effective, and it certainly doesn’t have the stodginess of the 206 and 207 that preceded it.

On average 114kg has been shaved off the weight of the 207 it replaced, too. Its lighter body and underpinnings mean that smaller engines and perform better while using less fuel, plus components such as the brakes can also be reduced in size.

It’s available with high-efficiency three-cylinder PureTech petrol engines, while the BlueHDi diesel models are incredibly efficient, with claims of up to 94.2mpg.

For those seeking something peppier rather than full-blooded, there’s a 165hp 1.6-litre turbo petrol, with sufficient torque to propel the 208 from 0-62mph in 7.4 seconds.

Earlier versions of the 208 GTi were quick thanks to a 200hp 1.6-litre turbocharged engine, but the handling lacked the finesse and fun of the Ford Fiesta ST.

That all changed at the end of 2014 when Peugeot Sport – the marque’s racing division – fettled then GTi’s handling, with a mild increase in power to 208hp.

The car was transformed, thanks to the wheels being pushed further out to the sides of the car, the brakes being upgraded and a trick differential at the front to bless the 208 GTi with incredible cornering prowess.

Facelift and revisions from 2015

Summer 2015 saw the arrival of the facelifted Peugeot 208 – new bumpers front and rear, including a larger grille, different light designs with greater use of LEDs, and a new suite of colours were the most obvious changes.

Fewer modifications were made inside, although the trim levels were rejigged with increased levels of standard equipment across the range.

The 208’s dashboard is one of its stand-out features: fit and finish is very good, although not class-leading, and the bold design has a minimalist, modern feel.

All 208s, including the entry-level Access models from 2015 onwards feature a large and rather prominent touchscreen in the centre of the dash through which the majority of the car’s functions (including the trip computer, Bluetooth connectivity, optional sat-nav system, reversing camera and so on) are operated.

It looks good but we’ve found earlier versions in particular had an unresponsive screen making its operation frustrating.

Unusually, the 208 features a very small steering wheel and a raised instrument cluster, so the driver looks over rather than through the wheel at the dials. The miniature wheel does lend the car a sportier feel although not everyone gets on well with the arrangement – some drivers find the top of the wheel obscures the instruments slightly, while others have no problems.

Like many cars, the 208 is quite a spec-sensitive animal. A mid-range Allure car with a small petrol engine will feel significantly different to a top GTi spec model. As ever, it’s always worth taking a test drive to see which specification and engine suits you best.