This car has been superseded by a newer model, click here to go to the latest SEAT Ibiza Hatchback review. 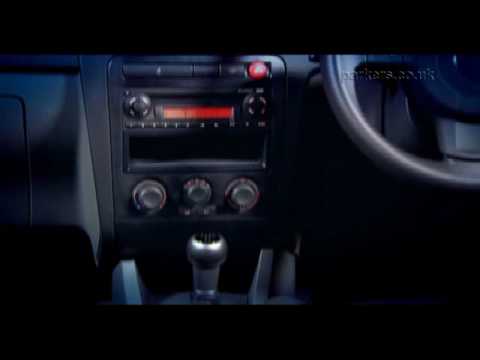 SEAT took on a more edgy style with the Ibiza that arrived in mid-2008. Gone was the rounded looks of the previous model, replaced by a SEAT Ibiza that is more modern and chic to take on the Ford Fiesta and Vauxhall Corsa.

As well as the looks of the old model, the new Ibiza also ditched the Essence, Reference and Stylance trim names in favour of the more easily understood S, SE and Sport versions. This was then revised to give buyers the choice of S, SE, Ecomotive and FR versions.

Offered in three and five-door styles, the hatch is a well made supermini with good interior space and a decent drive. Revisions in early-2012 brought even sharper looks for both the three-door SC and five-door hatch models.

The SEAT Ibiza cannot be accused of limiting engine choice for buyers. When it was launched in 2008, SEAT provided buyers with an array that started with the 69bhp three-cylinder 1.2-litre motor. A 1.4-litre petrol offers more oomph thanks to 84bhp, while the 102bhp petrol was reserved for the Sport trim only.

A 1.9-litre turbodiesel with 105bhp was offered at the beginning of the Ibiza’s production, but dropped soon after. SEAT then wowed the buying public in late 2008 with its superb Ecomotive model that delivered 99g/km carbon dioxide emissions and 76.0mpg. It offers 80bhp from its 1.2-litre turbodiesel engine, with economy aided by a manual gearbox with revised gear ratios for greater economy.

The engine range was further enhanced in late 2010 with the 1.2 TSI petrol with 103bhp and the choice of five-speed manual or seven-speed DSG automatic gearboxes. The 1.4 TSI ups power to 148bhp and only comes with the DSG gearbox, while a 2.0-litre turbodiesel delivers 141bhp through a six-speed manual gearbox for spirited performance.

The SEAT Ibiza has always been one of the more stand-out lookers in the supermini sector and this car is no different. It comes in three-door SC and five-door hatch styles. The SC is touted as a coupe, though it’s really just a three-door version of the Ibiza hatch. Still, it has flair and all Ibizas enjoyed a refresh in early 2012 with even sharper creases around the headlights. Optional LED daytime running lights and Xenon headlights help the Ibiza stand apart from the crowd.

New kit and engines in 2015 facelift

Revisions in 2015 included new engines and safety tech, as well as a restyled interior, headlights with LED daytime running lights, and new wheel and paint options.