Buying used brings almost unlimited choices if you're looking to buy one of many Smart Forfour cars for sale. You can click the links below to search through a wide range of cars for sale across the UK. As well as that, you can use our search tools to tailor your results based on price, location, engine and trim – depending on your own personal preferences. With Parkers, you'll be able to find the right used car at the right price for you.

What is the Smart Forfour?

The Forfour is a funky small car from Smart to rival the Renault Twingo, Citroen C1, Toyota Aygo, Peugeot 108, Volkswagen Up and others of similarly diminutive dimentsion. It twists Smart’s cleverly-packaged small car formula into a more premium flavour, including more than a hint of its Mercedes-Benz parentage.

The current Forfour has only been around since the start of 2015, with the previous model going out of production in 2006 after just two years on sale. The Forfour does what it says on the badge, being the only Smart with seating space for four occupants.

Which versions of the Smart Forfour are available?

The Forfour is available in a variety of specifications, including the spiced-up Brabus variant to the all-electric EQ Forfour version. Two petrol engines are available, both with either a five-speed manual or six-speed dual-clutch auto transmission that Smart calls Twinamic. 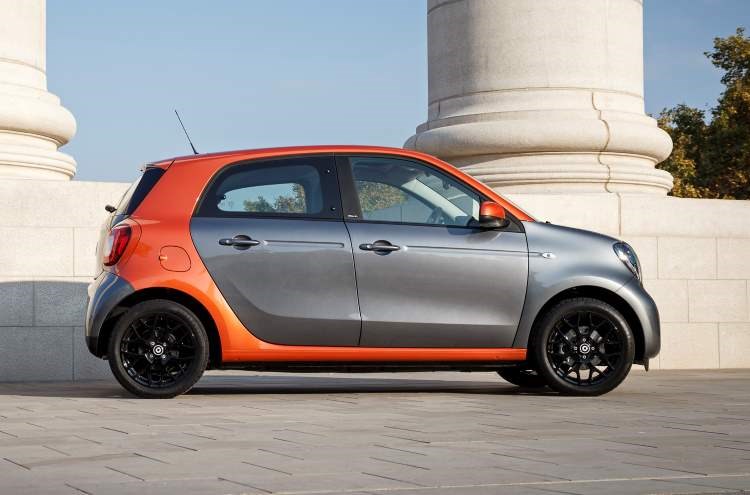 Specifications include Prime and the stealthy Urban Shadow Edition, which comes with 16-inch alloy wheels, black trim and a rear-view camera.

What is the Smart Forfour Brabus? 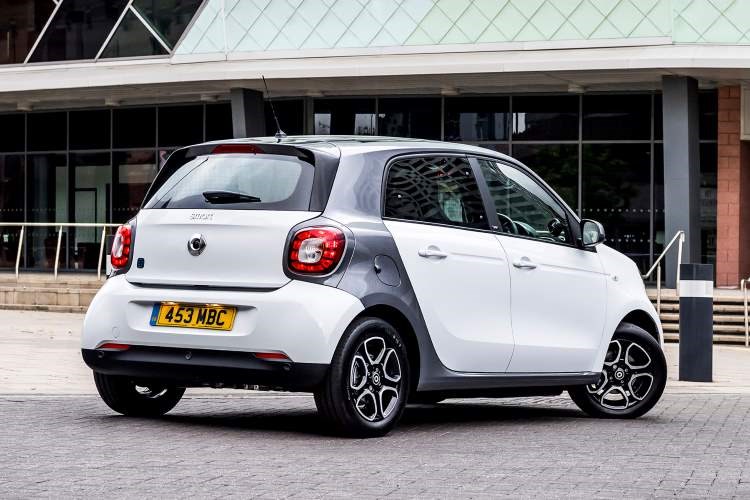 This all comes at a fairly hefty price, however, as does the EQ. Claimed range for the fully electric Forfour is a modest 100 miles.

The Forfour shares its steel safety structure, engines and transmissions with the third-generation Renault Twingo. The shell is marketed in Smartspeak as the Tridion – it’s a compact, safe and clever design. As for the styling, it’s an evolution of what’s gone before, with an upmarket look inside and out. The funky design continues in the cabin, but it’s beginning to age and the boot isn’t exactly commodious. 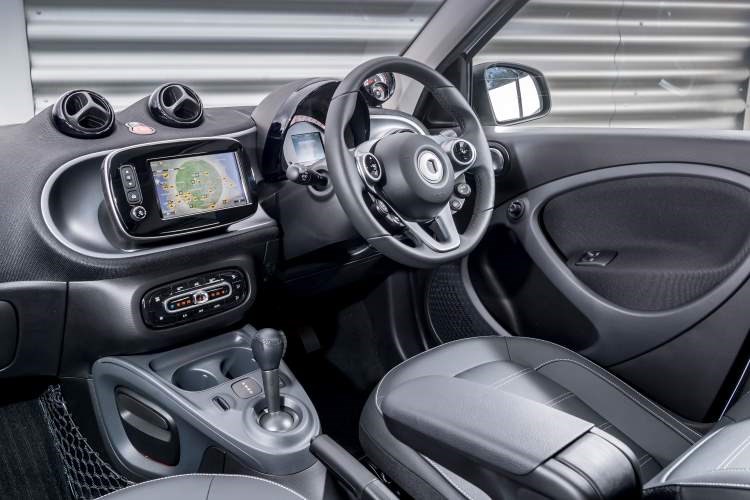 The infotainment options are interesting. You can have a (noticeably aged) in-built system, or a place to mount and integrate your phone.

How does the Smart Forfour drive?

The Smart Forfour is by no means a scintillating drive, but that’s not its goal. If you want B-road thrills and small bills, try the Ford Fiesta. If you want a feather-light, manoeuvrable and capable city car, on the other hand, the Smart is highly appealing. It’s very single-minded in its focus. This is no motorway hauler, nor is at adept at cross-country routes.

It will get you around the city with ease, prove easy to park and sip fuel (or indeed electricity). It’s good at what it was engineered to do, and average to sub-par at everything else.

How much does the Smart Forfour cost?

It’s worth considering that the Renault Twingo closely matches the Forfour in terms of driving, but for less money. The Smart starts at £11,910, whereas you can get into the (newly updated) Renault for less than £10,000 after discounts. Indeed, most of the Forfour’s rivals are significantly cheaper.

What do you get for your extra cheddar, then? The Mercedes association is appealing, for one thing. And models with big wheels do look suitably premium. Then again, you’re paying serious money for a Brabus, or even just the tailor-made Brabus options.

Find out how Forfour drivers rate their larger Smarts with our comprehensive owners’ reviews.

Smart Forfour models for sale
Back to top
Sign up to receive the PARKERS newsletters and receive: