Search new and used Smart Fortwo cars for sale on Parkers. You can browse thousands of cars for sale in the UK in our easy-to-navigate classified adverts. Then, using our search tools, narrow your search to find the perfect Smart near you for a price that’s within your budget.

Buying used brings almost unlimited choices if you're looking to buy one of many Smart Fortwo cars for sale. You can click the links below to search through a wide range of cars for sale across the UK. As well as that, you can use our search tools to tailor your results based on price, location, engine and trim – depending on your own personal preferences. With Parkers, you'll be able to find the right used car at the right price for you.

Search new and used Smart Fortwo cars for sale on Parkers. You can browse thousands of cars for sale in the UK in our easy-to-navigate classified adverts. Then, using our search tools, narrow your search to find the perfect Smart near you for a price that’s within your budget.

What is the Smart Fortwo?

Compact two-seater city cars such as the Smart Fortwo are a rare breed – so much so that it effectively doesn’t have any direct rivals.

So what else can you choose that’s city-centric and has two seats? Effectively the Renault Twizy is its nearest competitor, but that has a limited electrical range, a low top speed and isn’t all that capable outside of urban environments.

Toyota launched its iQ back in 2009, but it didn’t sell well and sales ended in 2015, despite somehow squeezing two extra seats into a footprint not much larger than the Fortwo’s.

That only really leaves style-focused four-seater city cars such as the Fiat 500, Volkswagen Up and the Fortwo’s larger sibling, the Smart Forfour, as alternatives.

Which versions of the Smart Fortwo are available?

As has been the case with previous generations, the Mk3 iteration of the two-seater Smart range is available in two bodystyles.

First to arrive was the hard-top Smart Fortwo Coupe – really a tiny three-door hatchback rather than a sporty number – it’s occasionally known by its C453 internal codename. It was joined in early 2016 by the soft-top Smart Fortwo Cabrio (that’s the A453). It has a clever folding roof mechanism that retracts in two stages, but it remains feeling enclosed due to the safety structure framework. 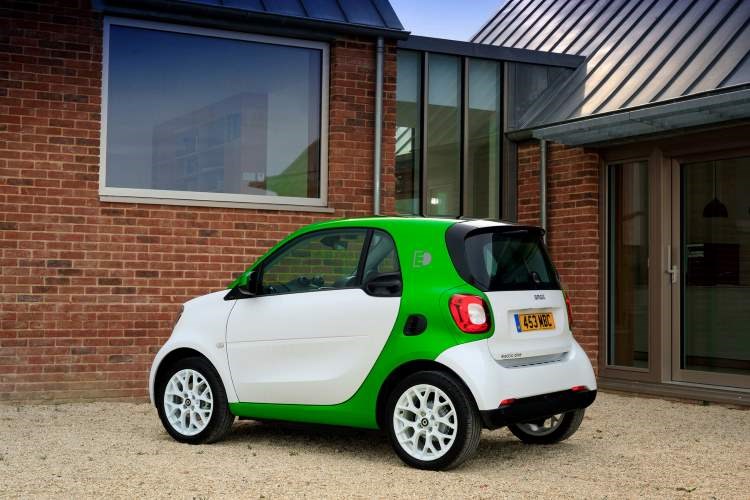 This time around the Fortwo and Fourfour ranges are much more closely aligned, with the latter being a longer, four-seater version of the former, using a platform that parent company Daimler (owner of Mercedes-Benz) co-developed with Renault for the Twingo.

Two tunes of Renault engine were initially offered, but during 2019 these petrol powerplants will give way entirely to an electric-only range, now called Smart EQ Fortwo, using the same branding as found on electric Mercedes models.

What is the Smart Fortwo Brabus?

Colliding the two worlds of Smart’s city-focused cars and Brabus, a firm which made its name by producing aftermarket tuned Mercedes, seems an unlikely recipe, but one which works surprisingly well.

Not that the resultant Smart Fortwo Brabus – a model now discontinued anyway – was a particularly brilliant example of a hot hatchback, but it had a unique appeal. Spend time in a chic, wealthy city – London, Paris, Monaco – and the streets are peppered with these diminutive sportsters.

Packing just 109hp, the Fortwo Brabus is good for 103mph and a 0-62mph time of 9.2 seconds – hardly stella, but usefully quicker – and with better brakes – than its less powerful siblings.

Based on a shortened version of the rear-engined platform that’s shared by the Smart Forfour and Mk3 Renault Twingo, the Fortwo retains the same layout as its predecessors.

Locating the engine at the back ensures there’s plenty of space for the front wheels to be turned, enabling the Fortwo to be able to spun around in small spaces.

Styling bears a passing resemblance to earlier models, largely courtesy of the contrast colour of the Tridion safety frame. The remainder of the body panels are plastic and theoretically can be swapped at the owners’ discretion when they fancy a change of hue.

Most obviously, the nose of the Mk3 Fortwo is longer than the models before it, with an obvious bonnet, rather than the continuous diagonal line to the windscreen we’ve been used it. It aids crash safety, but stylistically doesn’t help the Smart’s cause – side-on, it looks like a rollerskate!

Is the Smart Fortwo good to drive?

This depends entirely upon how you define ‘good’. Around town, the Smart Fortwo is a delight to drive: nimble, able to turn around in the width of most roads and so easy to park, you begin to wonder why you don’t see many more of them.

Away from the city it’s a different story, albeit one that’s happier than Fortwos of old. Its short wheelbase can make it feel twitchy on winding country roads and it struggles to iron out bumpier road surfaces. 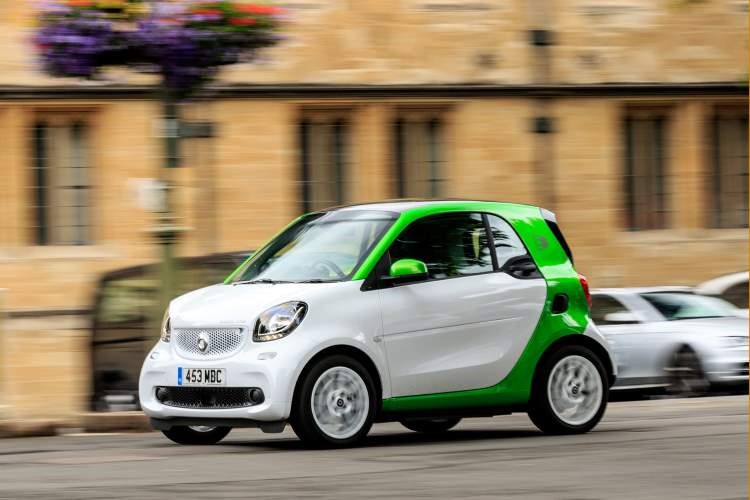 Its lightness means it gathers pace reasonably quickly, even in its lowest-powered guise, but the brakes don’t always feels up to the job of bringing proceedings to a halt if you have to slow down rapidly from motorway speeds.

How much does the Smart Fortwo cost?

Smart cleverly reinforces its links with Mercedes-Benz at every opportunity – you buy them new from the same showroom, for instance. This allows a price premium to be charged and for all the Fortwo is a small car, it doesn’t wear a small price tag.

Whether you’re buying outright or on a PCH or PCP finance scheme, you’ll be paying significantly more than you would for a more conventionally sized four-seater city car such as a SEAT Mii or Skoda Citigo. Not that this bothers the Smart fraternity, particularly those who’ve opted for Brabus editions.

Find out what Smart Fortwo drivers think of their cars with our comprehensive owners’ reviews.

Smart Fortwo models for sale
Back to top
Sign up to receive the PARKERS newsletters and receive: