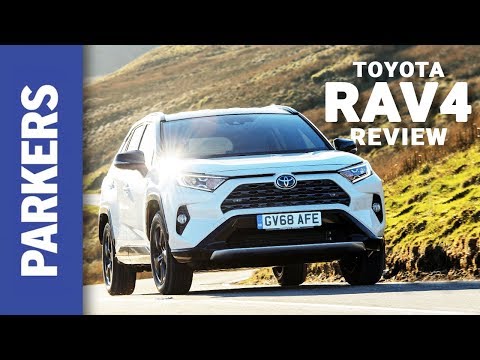 When it was launched in 2018, the Toyota RAV4 was a bit of a curiosity in the family SUV market because every engine in the car’s line-up featured hybrid assistance. Early cars were available with Toyota’s familiar full hybrid system, but the brand has since expanded the range to include a plug-in hybrid system, too.

Other manufacturers have only recently started to catch up with Toyota’s hybrid technology. Now, there’s a broad range of hybrid family SUVs on the market, such as the Ford Kuga, Hyundai Tucson, Kia Sportage, Peugeot 3008, Citroen C5 Aircross and Nissan Qashqai. Toyota no longer has the market to itself – so can the RAV4 spar with the newcomers?

Toyota is at least trying to keep the RAV4 looking fresh. For 2022, it introduced a new ‘Adventure’ specification (pictured below) that added a few styling tweaks and some extra equipment. The trim is supposed to appeal to those with rugged outdoorsy lifestyles.

Cosmetic changes include a set of matt grey 19-inch alloy wheels, a black radiator grille, a fresh pair of fog lamps and new front and rear undertrays. The cabin also gets some model-specific upholstery and RAV4 Adventure branded treadplates.

The engine range hasn’t changed. You still have a choice of either front- or four-wheel drive regardless of whether you choose the hybrid or the plug-in hybrid model. Every powertrain is based around the same 2.5-litre four-cylinder petrol engine.

The RAV4’s entry-level front-wheel drive hybrid system has an output of 219hp, while the more potent four-wheel drive hybrid produces 222hp. The plug-in hybrid model generates 302hp – and, because it has a larger 18kWh battery pack, it can travel up to 46 miles on electric power alone. Toyota also says it’ll return well over 200mpg on the WLTP cycle.

Over the next few pages, we’ll explore each aspect of the Toyota RAV4, considering its practicality, comfort, running costs and driving experience before offering our final verdict on whether the car is worth your money. Click through the next few pages to read more.