If you're looking for a used hatchback, it can be difficult to narrow down your choices. Thankfully, we're here to help you find the perfect car.

There are the usual options of class-leading cars such as the Ford Focus, Vauxhall Astra and the Volkswagen Golf; proven, predictable and safe purchases. Almost every manufacturer offers a car for this market, meaning you can choose something that reflects your personality, lifestyle and needs as well as your budget.

We've rounded up some of the best used hatchbacks from the Parkers Cars For Sale section to help you make your decision. We’ve listed the lowest available price found at the time of writing.

The Ford Focus Mk3 was one of the most popular hatchbacks on the market. It's well-equipped, comfortable, capable and reliable. It's possible to get into the 2011-2018 Focus for less than you think, with up-to-date and economical petrol and diesel engines, as well as modern safety equipment. We're typically finding 2012-2015 models with less than 100,000 miles in this budget.

Fords are also relatively inexpensive to service and maintain, so it shouldn't break the bank. Low mileage, well maintained 1.0T EcoBoost models will avoid potential restrictions on diesel car use in cities, without sacrificing economy. 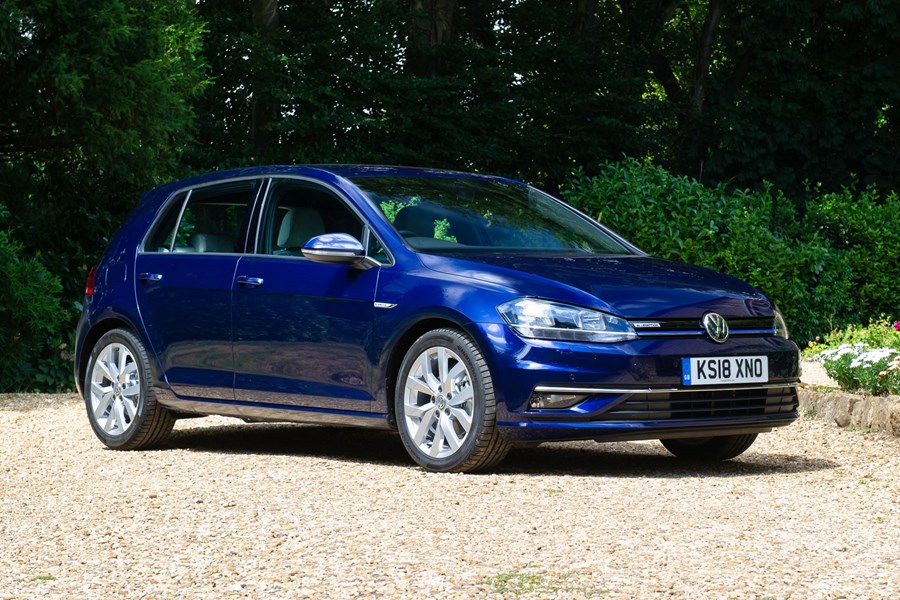 It's the standard choice for many a family or commuter. The Volkswagen Golf is an enjoyable car to own thanks to its blend of reliability, comfort and handling. It also holds its value very well, meaning you won't lose as much as others through depreciation. Servicing costs can be higher than competitors but parts costs are reasonable.

You can get a decent Mk7 from £4,500, although mainly high mileage examples. You could get a cherished Mk6, but we think the later car is a big leap and worth seeking out. There are Estate and Golf Plus MPV versions as well, and engines from 1.0 to 2.0 litres, but our pick if you're on a budget is the super-economical Bluemotion diesel. 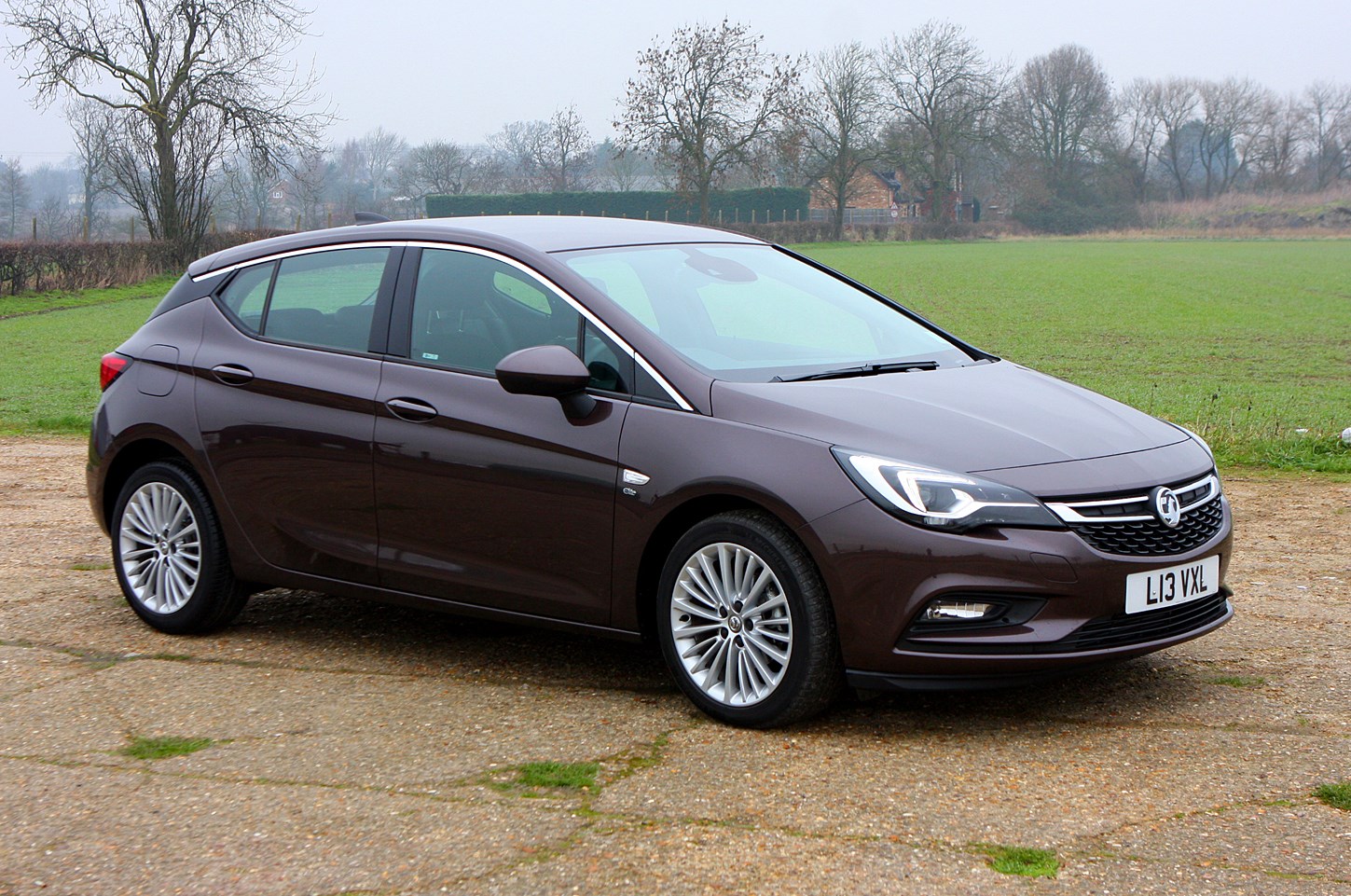 Vauxhall's fleet popularity and competitive deals ensure a good supply of Astras on the used market. Even if you're looking at a privately owned example, that availability ensures prices are low, making the Astra the best value of the mainstream models. And the good news is that of the cars on this list, this is one that's still in production – so you're buying a current car!

Vauxhall also invested heavily in interior quality and design for this generation of Astra, making it a significant leap forward for every benchmark over the car that went before it. Our budget is enough to secure a smart 2016 1.6 CDTi with 45,000 miles on the clock.

The best alternatives to a Golf, Focus or Astra

Popularity and demand mean that you can potentially get you more if you cast a wider net. Whether you want a more involving drive, a distinctive style or unusual technology, other manufacturers have aimed to add appeal by giving their hatchbacks something different.

Better yet, you're likely to find a newer, lower mileage car for your money as dealers are more cautious. If you hadn't thought of these, chances are other buyers haven't too - and that means less competition.

Honda's reputation for reliability and efficiency is well deserved, and as its core offering the Civic has the responsibility of maintaining standards worldwide. The release of the 10th-generation Civic in 2017 has ensured the previous model is now well within our budget with low-mileage 2013 models on readily available.

Impeccable build quality and excellent engineering means these are still a good buy, with the already impressive boot space (particularly given the aerodynamic, swooping style) further bolstered by multi-position 'Magic Seats'. Most examples available are powered by a 1.6-litre i-DTEC diesel engine.

For those passionate about driving, the 1 Series offers more feedback and involvement than any of its front-wheel drive competition. Even in basic 116i or 116d form, the sharp steering and slick manual gearbox combine for a sporting drive without threatening your licence or bank account.

Practicality is compromised, with a smaller boot and rear passenger space, but it's still usable for four adults. Popularity is reflected in the strong values; you're looking at comparatively older cars in this budget, particularly if you want a diesel. Post-2012 second-generation models have improved economy; at this price range a good selection of 2012-2014 cars are available with little although mileage and history makes a big difference.

Leaping from a budget brand to a credible aspirational marque, Hyundai's 2012 i30 set new standards for the Korean firm, with crisp styling, tidy handling and appealing interiors backed up by long warranties. Those warranties, and the appeal for private buyers, make the i30 an extremely sensible used buy as many will have been looked after to a high standard.

Our price guides suggest that buyers agree, with the i30 holding strong residuals at five years old and even relatively high mileages. Around £4,000 will get you a five-year old car with average mileage or a four-year old car with higher mileage, and usually in lower-specification Classic trim. It's a safe purchase, and one which gives nothing away in terms of quality or dynamics.

Renault's ascendency as a dominant global manufacturer, partnered with Nissan, Samsung and Mercedes-Benz as well as Dacia, coincides with massive improvements in quality and refinement. One of the first models to show Renault's potential, the 2008 Megane is nothing like the preceding generations. Most examples are powered by the 1.5 dCi engine, which can be found in a diverse range of brands.

Renault has consistently set the safety benchmarks other manufacturers try to match, too - which means strong, safe and well-made cars. Facelifts in 2012 and 2014 improved equipment and styling respectively; £2,000 gets the original, £4,000 will get the the best models out there. The current model just falls in this category, too. 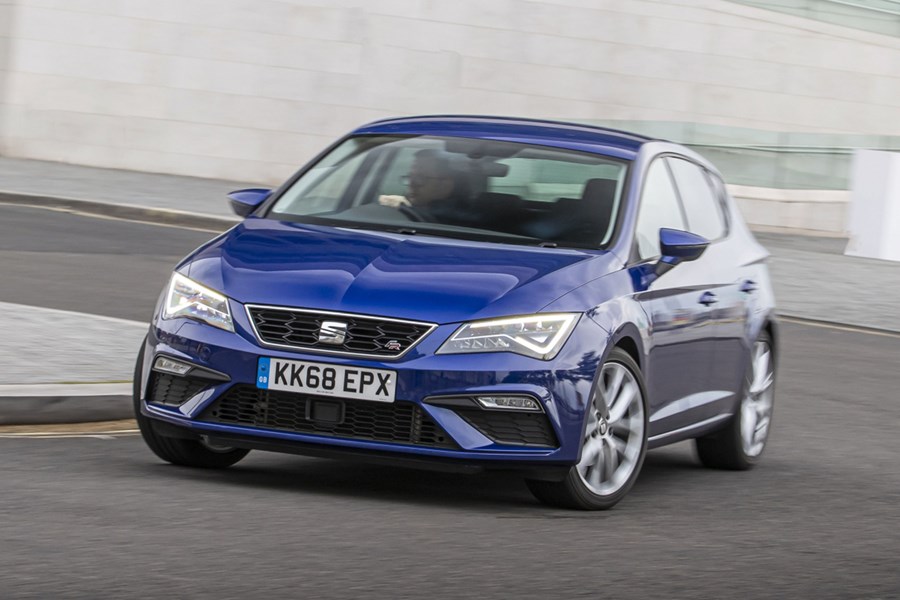 Fun and excitable for enthusiastic drivers

The SEAT Leon has garnered a reputation as a sporty and charismatic hatchback that's fast and fun to drive. Solidly built, the Leon manages to expand on its VW Golf roots with amicable styling and attractive details.

It has aged really well, with only the Golf being more timeless, while the interior may not have been of the highest quality, it's still good enough to be considered a very sound choice. Servicing prices and maintenance costs are generally inexpensive and the fuel consumption of the 1.6 TDI model is exceptional.

*Prices based on examples found on Parkers Cars for Sale and limited to availability. Similar examples may be on offer. Prices correct at time of publication. Pictures not representative of specific examples.

What to read next:

Advertisement
The best used hatchbacks in 2021