When it released in 2012, the MINI Clubvan aimed to provide a real alternative in the Light Commercial Vehicle (LCV) sector thanks to its trendy image. This car-derived compact van is practical but it should turn heads with its striking good looks. 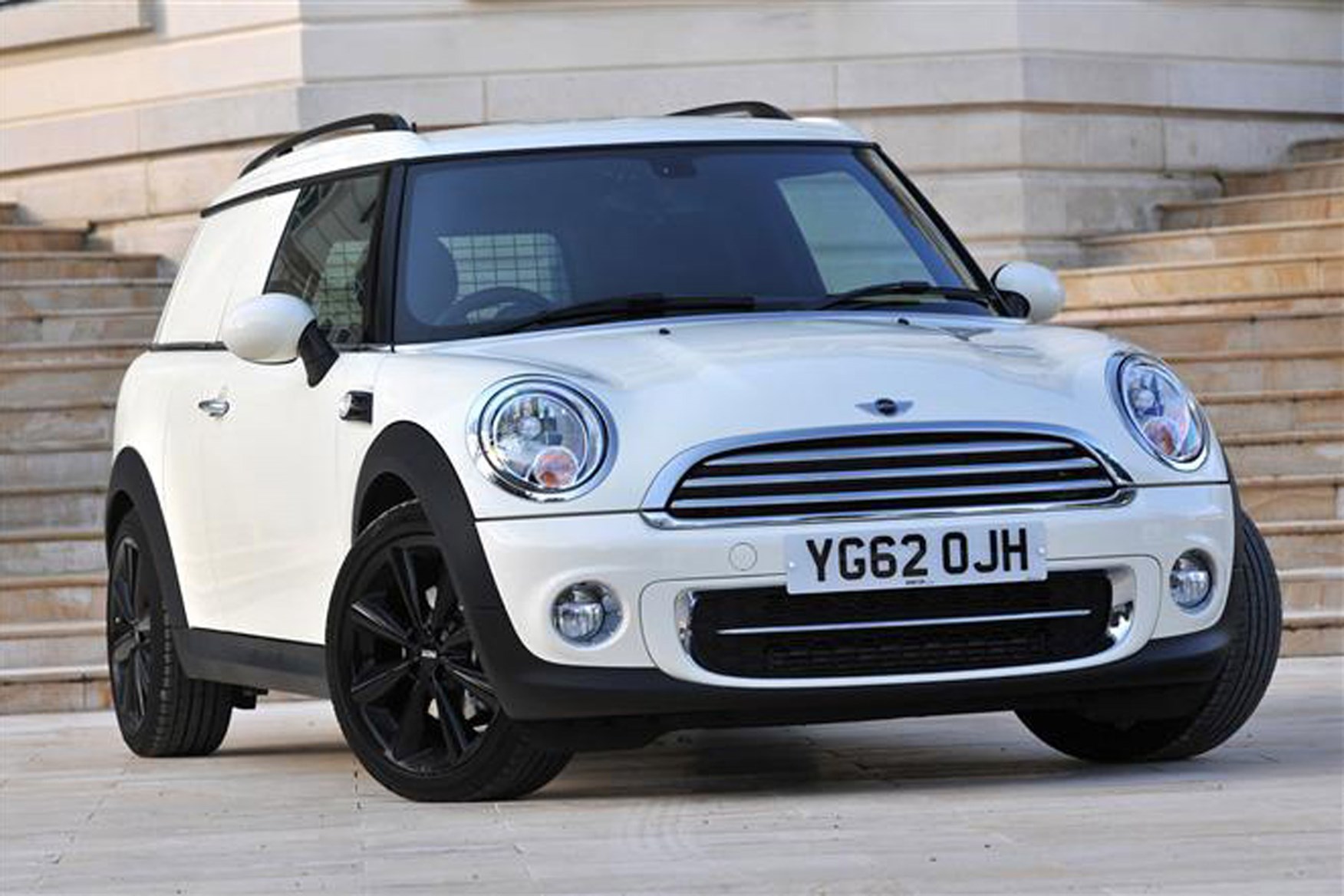 The MINI Clubvan was based on that generation's Clubman ‘estate’ and has identical dimensions. The main difference is that the rear seats were removed for a flat load floor, blanked-out rear side windows and, unlike most vans, there’s a proper roof liner and there’s carpeted side walls.

The Clubvan was available with one 1.6-litre petrol with two power variants and a sole diesel engine.The entry-level MINI One Clubvan had 96hp, while the MINI Cooper packed 120hp with 160Nm of pulling power. The MINI Cooper D Clubvan had a 1.6-litre diesel with 110hp and 270Nm. All the engines were mated to a six-speed manual with the option of a six-speed automatic. There are more practical rivals from that generation including Ford's Fiesta, Vauxhall’s Corsavan and the Fiat Grande Punto all with larger cargo holds but the Clubvan does have design appeal.

The most popular engine on the model range was the four-cylinder 110hp 1.6-litre diesel engine in the MINI Cooper D Clubvan.

It has good pace and can get from a standing start to 62mph in 10.2 seconds and it will go on to 122mph. This version has a maximum of 270Nm of pulling power and even when loaded it feels nippy and agile. 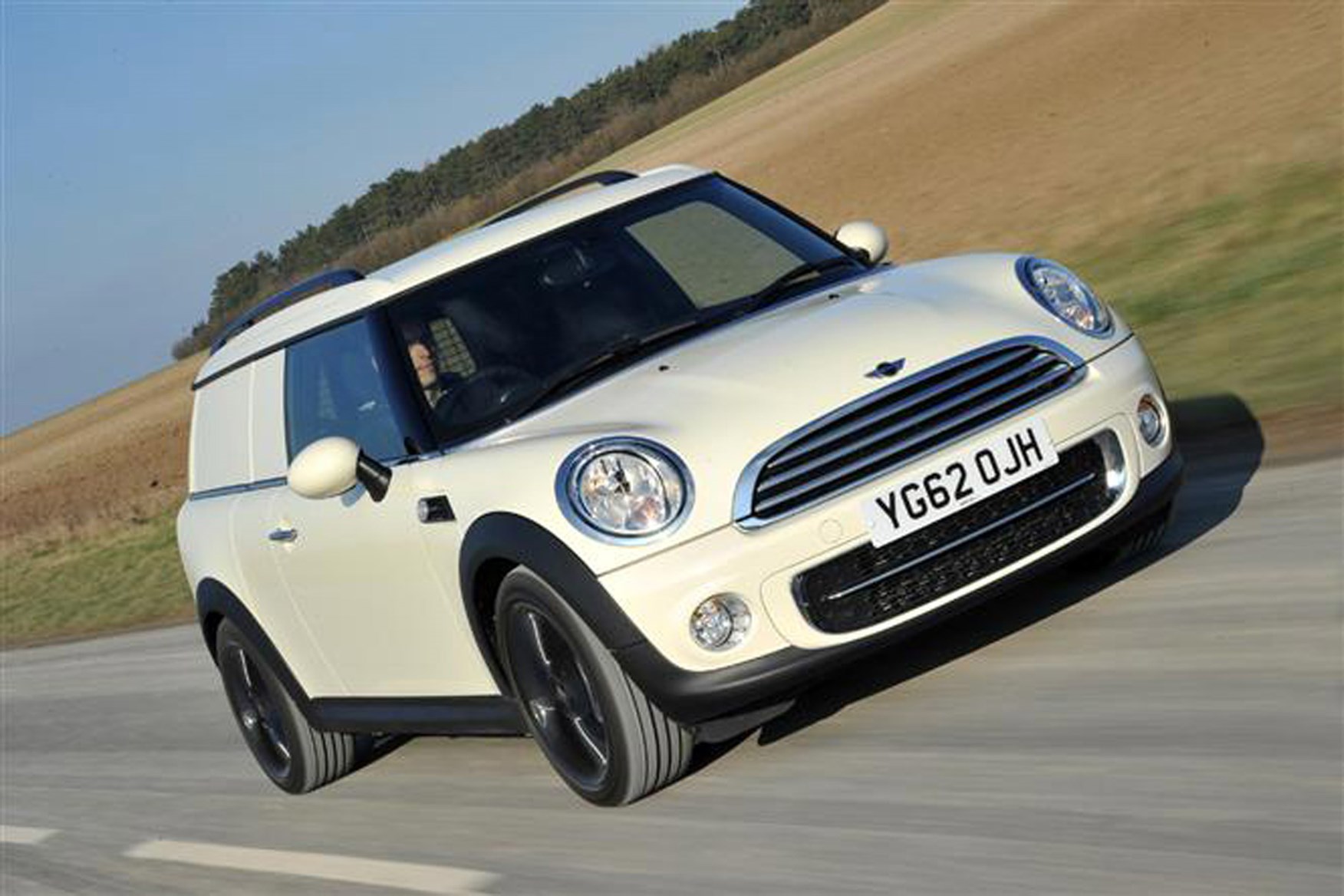 The ride is quite firm thanks to the sporty heritage of the MINI brand – to ensure better ride comfort we advise you to locate a model with the standard 15-inch alloys.

The ride on the optional 17-inch alloys was too firm and harsh.

Interior quality and comfort levels of the MINI Clubvan are excellent. If you have driven a MINI Clubman or any of the car variants then you will feel right at home.

The interior is almost identical to the Clubman car making the cabin a pleasant place to spend time in. The plastics and switchgear are made of quality materials and feel durable.

MINI Clubvan comfort levels are high while the front seats are supportive and there is a decent amount of bolstering for your back. Visibility is acceptable, however, our advice is to add the optional parking sensors. By ticking this box you should avoid having any mishaps when parking in crowded town centres.

As with the MINI range there were further opportunities to specify other options for a more individual look both inside and out when it was sold, so it it worth checking specs if buying today.

MINI Clubvan running costs will be extremely competitive when compared with period rivals within the sector.

The four-cylinder 110hp 1.6-litre diesel engine on the MINI Cooper D Clubvan is the most economical. On average it has a claimed figure of 72.4mpg – in real-world motoring we expect you to get around the 60s mark. 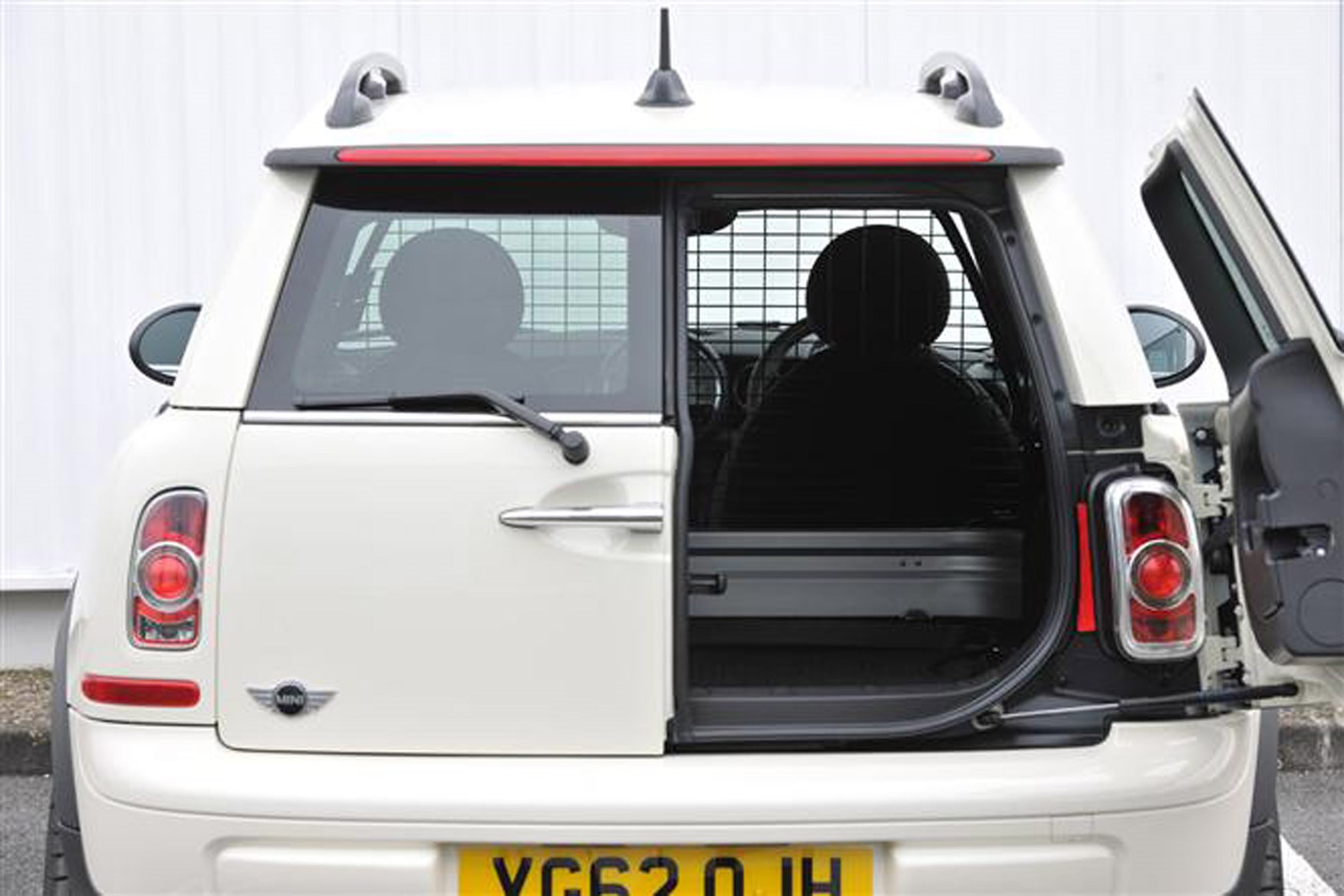 This version is green too thanks to MINI’s MINIMALISM technology. It features including auto start/Stop, Shift Point Display, Brake Energy Regeneration and on-demand operation of ancillary units keeping emissions down to 103g/km of CO2.

MINI Clubvan reliability levels should be as good as the car. Many parts are based on the Clubman car and are therefore proven.

MINI’s reputation in passenger cars is top-notch, expect the same when swapping to the light commercial sector.

MINI Clubvan review on Parkers Vans - on the road