On this page you’ll find the full dimensions, payload and towing data for the third-generation Vauxhall Vivaro launched in 2019.

For information on how the Vivaro drives, its standard equipment and its value, see our dedicated review page by clicking on the tab above.

The Vivaro is a medium van, with a payload rating that’s close to the top of the class, but it only comes in two body sizes, with no option of a higher roof. This makes it one of the least customisable mid-size vans on the market – though double cab versions (with a second row of seats) and platform cab variants (suitable for conversions) are also available.

While this page mostly deals with the panel van, the double cab crew van is worth a mention, as the entry-level version is available with a movable bulkhead, which is unusual in this class. Every other Vivaro van comes with a fixed steel bulkhead as standard, including the higher-spec double cabs.

Every Vivaro is also fitted with twin sliding side doors as standard, adding to its practicality. You can even elect to have these electrically operated if you’re prepared to venture into the options list – with a ‘hands-free’ opening mechanism that’s activated by the keyholder waving their foot under the rear bumper on the side of the van they want the door to open. Very clever. 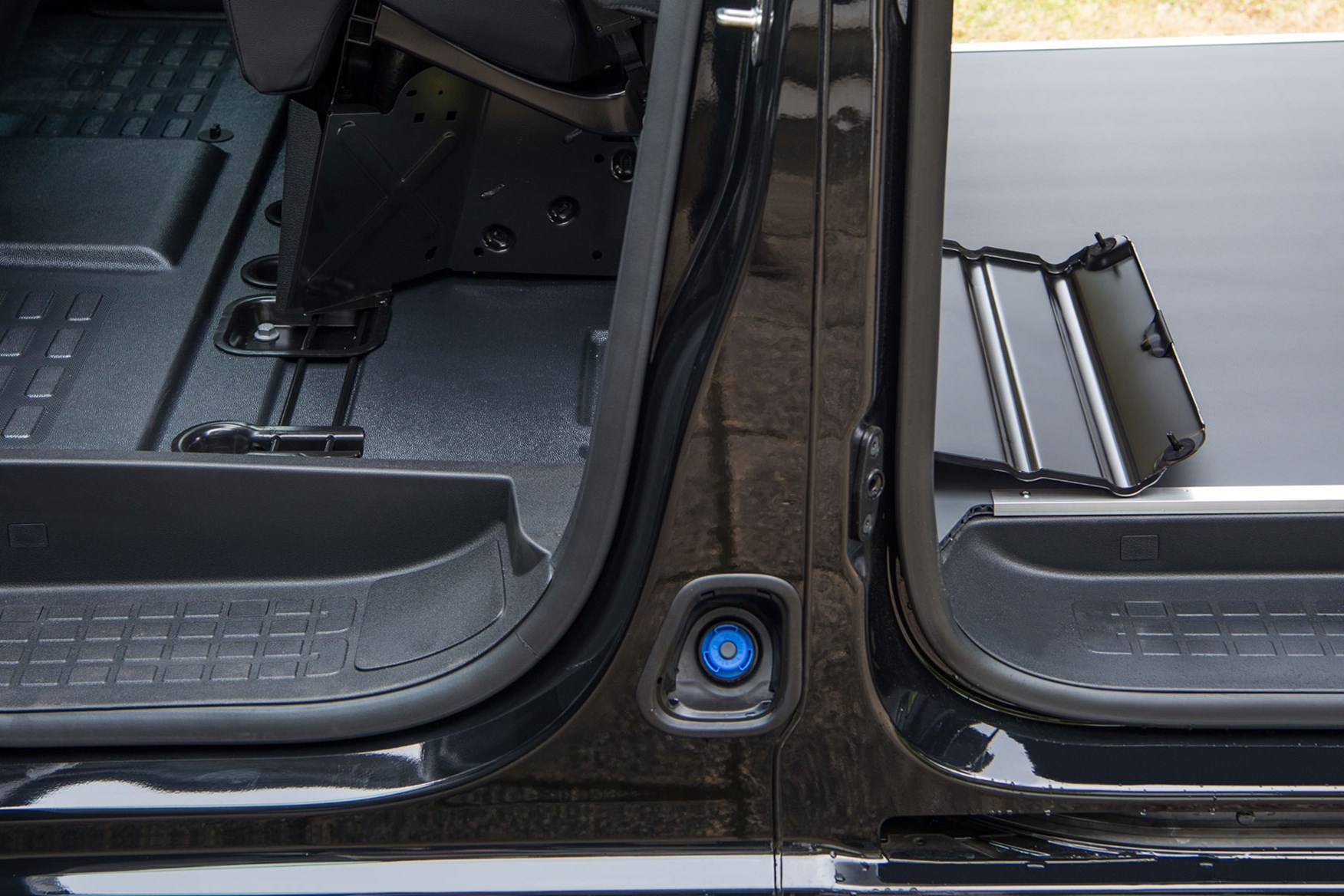 From the mid-spec Sportive model upwards, a FlexCargo load-through bulkhead is standard as well. This comes in combination with a dual passenger seat (not that there’s much room for the middle passenger in one of these) where the seat closest to the door can be moved up and out of the way to increase loading room.

This means longer items such as pipes and planks can be extended right through into the passenger footwell, or that space can be used to securely carry boxes. A cargo net clips into place in such instances to protect the driver.

How big is the Vauxhall Vivaro?

At launch the latest Vivaro comes in L1 and L2 body lengths, but only a single roof height, labelled H1. There's only a single wheebase as well, though no doubt some will call the two body sizes SWB and LWB, despite this meaning short-wheelbase and long-wheelbase. 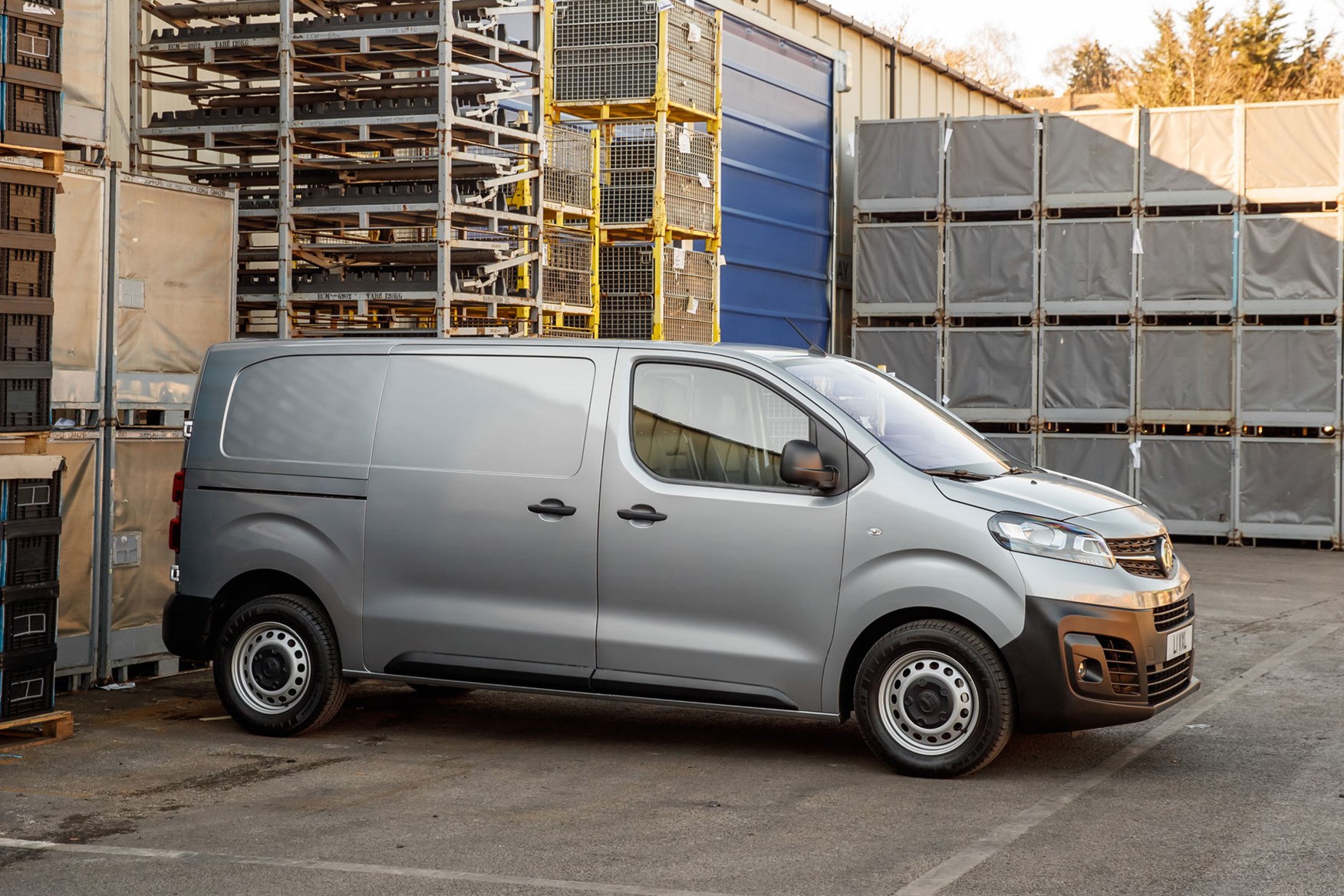 In the future an even shorter body length may be added (potentially to be called the Vivaro Compact), but no firm decision has been made. If you do want a van this size, the Vauxhall’s sister models the Citroen Dispatch, Peugeot Partner and Toyota Proace are already available in this configuration.

The engineers have really made the most of the Vivaro’s relatively compressed footprint, and despite an exterior roof height that’s very car park friendly there is still plenty of load space inside.

The Vivaro double cab has smaller load area dimensions due to the additional row of seating:

The Vivaro comes in three gross vehicle weights (GVW) labelled 2700, 2900 and 3100, plus an extra one for the 180hp automatic labelled 3000. Since these dictate the total legal weight of the van and everything in it, you have to be careful to match this to your maximum payload requirements.

For although the Vivaro is capable of carrying over 1.4 tonnes in its strongest configuration, only a few versions actually have the specification necessary to do this.

Here’s a full breakdown of the Vivaro’s payload ratings:

Maximum roof load is 170kg on all Vivaros.

All Vivaros have an unbraked towing capacity rating of 750kg.

Vauxhall Vivaro load area, payload and towing info - view of load area through rear doors with both side doors open