Alfa's first SUV is a stylish and sporty choice 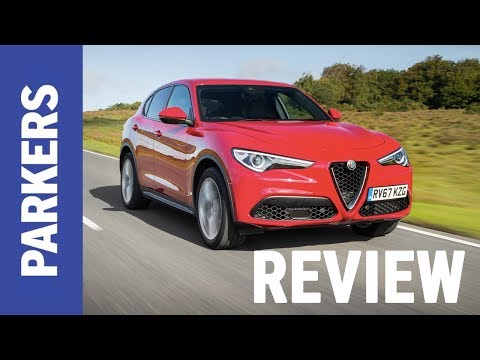 It may have had a tubulent century-long history, but the Alfa Romeo Stelvio - the Italian brand's first SUV - could signal an upturn in its fortunes. The name Stelvio comes from the one of the highest and most challenging Alpine passes of them all – a road famed for its numerous hairpin corners, which challenge, scare and reward keen drivers. Naming it after this pass confirms that Alfa Romeo is targeting enthusiasts - a positive sign.

The majority of Stelvio models use Alfa’s Q4 all-wheel drive system, although the lower-specification models come with rear-wheel drive to enhance its claim to be an SUV that sates those who love driving.

It’s based on the same platform and technology as the Alfa Romeo Giulia saloon, and it aims to bring both style and a sporting driving experience to the mid-size premium SUV segment. As such, its clear targets are rivals such as the Porsche Macan, Jaguar F-Pace, BMW X3 and Audi Q5 – though prospective buyers may also consider the Mercedes-Benz GLC and Range Rover Velar.

While you wouldn’t necessarily equate a car of these ungainly proportions with decent looks, Alfa’s design department has been doing what it does best, and the result is a machine that looks, well, not half bad to most people.

Attractive interior, but quality lags behind

All Stelvios are generously equipped, including a number of active safety technologies, as well as an 8.8-inch touchscreen multimedia system. The binnacle the screen sits within looks like it would be suitably widescreen and high-tech, but in reality it looks a bit cheap when compared with the bright, crisp displays found in BMW, Audi, Mercedes and Porsche rivals.

It's easy to use, though, and the interior design itself is attractive and simple. Most of the materials used are pleasant enough, but the rotary dial for the media system in pre-2020 cars feels very cheap, and some of the key places you regularly touch feel like they belong on a car much cheaper than the Stelvio. Still, the trim levels feature plenty of standard kit, with higher-spec models coming with a suitably luxurious feel with big, comfortable leather chairs and plenty of options.

Interior quality and autonomy upgrades in 2020

A model year update in 2020 brought a range of improvements, which were broadly in line with key complaints we had about the car in the first place. These include a much plusher interior – not a complete refit by any means, but an exercise in smoothing off the rough edges around the main controls, such as the gearshifter and steering wheel.

Driver assistance tech was added to bring the Stelvio up-to-date with its rivals, while the range structure was tidied up and the Veloce trim we’ve seen previously on the Giulia added to the mix.

Plenty of engine choice and a good drive

The Stelvio is currently available with five engines and four standard trim levels. Of the engines on offer, the 2.0-litre petrol comes in 200hp and 280hp form, while the 2.2-litre diesel boasts either 190hp or 210hp. A 510hp Quadrifoglio version is also available. An eight-speed automatic gearbox and Q4 all-wheel drive system come as standard on all models apart from the 190hp diesel, which is also available in rear-wheel drive form.

Performance is certainly brisk across the range, with all engines breaking the 8.0-second 0-62mph barrier. Both petrol and diesel variants are attractive options, though a narrow majority choose the additional economy of the diesel over the extra performance of the petrol.

Ensuring that it handles the corners as well as the straights, Alfa Romeo has given the Stelvio particularly sharp steering – far sharper than any other SUV – and a sophisticated Alfalink suspension design. Both aspects are similar to the Giulia, but redeveloped for the extra mass and increased ride-height of an SUV. The results are impressive, as the Stelvio does a great job of resisting body roll. But the firmness necessary to achieve this does come at the cost of some ride comfort.

At the end of 2017, Alfa Romeo announced the range-topping Stelvio Quadrifoglio, powered by the same Ferrari-derived turbocharged V6 that’s used in the BMW M3-rivalling Giulia Quadrifoglio. With 510hp and 600Nm of torque available, the Stelvio Quadrifoglio delivers extreme performance with a top speed of 176mph and a 0-62mph time of just 3.8 seconds.

The Quadrifoglio is one of the most exciting SUVs to drive, despite its exterior bulk. It's not perfect - especially considering its price, which approaches £70,000 - but it's every bit as good to drive as any rival - including versions of the Porsche Macan and bigger Cayenne.

Question is – the rivals are strong and established, so can the Stelvio beat the German SUVs at their own game? Read on for the Parkers full review to find out.

The Alfa Romeo Stelvio is a great-looking car