Second-generation Q5 is hard to fault 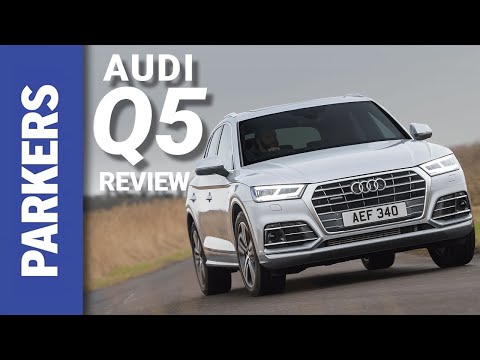 Is the Audi Q5 any good?

Appealing to families upgrading from smaller crossovers or family estates, the Audi Q5 is one of the German brand's more popular models - even though this one originates from a state-of-the-art factory in Mexico. It's attractive because it packs plenty of kerb appeal into a family car that’s not as intimidating as the larger Q7, yet it retains the benefits of a high quality, roomy interior, plus a broad choice of powerful and punchy engines.

There’s a lot of strong competition out there though, and while the Q5 does look quite similar to the model it replaced, it’s one of the more subtle-looking Audis in the current range with a desirable image and many reasons to pick it over the competition.

It's up against cars such as the BMW X3, Mercedes-Benz GLC and Volvo XC60, as well as alternatives ranging from the Alfa Romeo Stelvio and Jaguar F-Pace.

Alternatively, if you are willing to sacrifice rear cabin space for a slightly sleeker look, the Audi Q5 Sportback is also available.

It comes as no surprise to learn that the Q5 has an understated and high quality cabin, combined with its raised ride height without feeling like you’re sitting on top of the car.

Sections of the dashboard are shared with the A4 and A5 family of cars, helping it feel almost as upmarket, with the climate controls, gearlever and Virtual Cockpit digital dials looking familiar.

The Q5 is spacious too – if not quite as roomy as a Volvo XC60, or Jaguar F-Pace in the rear, there’s easily enough room for a family and their cargo thanks to a well-shaped boot and 550 litres of space, accessed via an electric tailgate.

There are as many as five different engine choices available in the Q5. Since 2018 Audi has switched to a numerical engine naming structure instead of engine sizes. Now you can choose from a 40 TDI, the silky smooth 45 TFSI petrol, SQ5 diesel and 50 TFSI e and 55 TFSI e plug-in hybrid options.

While the Q5 isn't designed to be a rugged, go-anywhere variety of SUV - on the cheaper models you can't lock the Quattro system so that it's permanently engaged, for example, though often rivals don't even have all-wheel drive on their cheapest versions - it nevertheless competes in a marketplace where buyers are spoilt for choice.

Read more about how the Audi Q5 drives

When it first arrived in 2017, the second-generation Q5 featured a familiar line-up of SE, Sport and S Line trims. Since then the range has evolved, jettisoning the base SE and introducing high-spec Edition 1 and Vorsprung to sit at the top. Evidently, Audi Q5 buyers like a well-specified model and, for those wanting the most performance, the sports-focused SQ5 is offered as a trim in its own right.

The Audi Q5 received a raft of mild changes as part of its facelift for 2020. For the exterior, this included tweaked lights, larger bumpers, a wider front grille, and a chrome strip running across the width of the rear beneath the taillights.

The Edition 1 trim level replaced Black Edition and the infotainment is now controlled by a 10.1-inch touchscreen, replacing the previous rotary controller on the centre console.

Our leasing partner, ZenAuto is offering Q5s from £556 per month.

Continue reading about the Audi Q5, including its practicality and how much it costs to run.