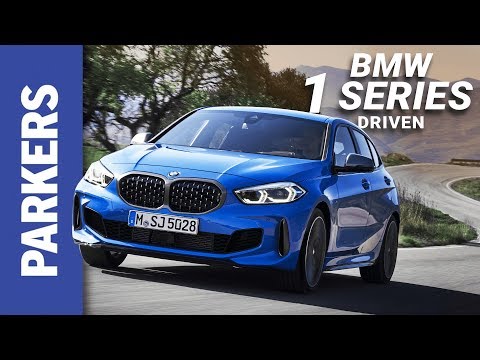 Written by Murray Scullion on 25 October 2021

Is the BMW 1 Series any good?

Despite the company banging on about the advantages of rear-wheel drive for decades, the current BMW 1 Series is an entirely conventional front-wheel drive hatchback. Given that they’re now a common sight on Britain’s roads, it’s clearly not an issue for the vast majority of people.

Besides, there’s no doubt the current model is a big improvement on its predecessor making it a strong contender amongst small premium-badged cars. It should certainly be near the top of your list if you value keen handling, and there’s a wide range of petrol and diesel engines to make the most of it.

Of course, the 1 Series has plenty of competition to consider. There are similarly posh alternatives such as the Audi A3 and Mercedes-Benz A-Class, plus more mainstream rivals like the Volkswagen Golf.

Despite rivals moving to almost button-free interiors with plenty of touch-sensitive controls and screens, the 1 Series is rather more traditional. What it lacks in visual drama it more than makes up for in usability while quality impresses.

That switch to front-wheel drive liberates a bit more space inside despite the latest 1 Series being slightly shorter than its predecessor. Even so, rear seat and boot space is average at best, especially if you factor in family hatchbacks that do without a fancy badge.

There’s plenty of engine choice, with three diesel and three petrol engines to choose from. The top-spec 120d diesel gets the option of four-wheel drive (labelled xDrive) while the most potent petrol M135i gets it as standard.

While the M135i goes toe-to-toe with the Audi S3 and Mercedes-AMG A35, there’s also a 128ti that’s a challenger to the Volkswagen Golf GTI. However, we’d recommend keeping it sensible with either the 118i petrol or 118d diesel for the best compromise between performance and running costs.

Read more on how the BMW 1 Series drives

At the bottom of the 1 Series range is SE. It gets the basics such as 16in alloy wheels, auto lights and wipers, climate control, cruise control and automatic emergency braking, but we’d recommend jumping up to Sport trim. It doesn’t cost a great deal more and brings nattier 17in wheels, dual-zone climate control, sports seats and an upgraded emergency braking system.

Next up is the popular Sport with stiffer suspension, bigger wheels, heated seats and more aggressive styling. The 128ti is a hot hatch with plenty of go-faster bits plus unique styling inside and out, while the top M135i is faster still. Neither add much in the way of additional equipment, though. You might want to consider an option pack or two on all models.

After you’ve read about the 1 Series in depth over the next few pages, have a look at our premium hatch group test to see how it performs against its closest rivals.

Our leasing partner, ZenAuto is offering the BMW 1 Series for £357 per month. The usual terms and conditions apply.