What is miles per pound?
Low figures relate to the least economical version; high to the most economical. Based on WLTP combined fuel economy for versions of this car made since September 2017 only, and typical current fuel or electricity costs.
Based on "Weighted" mpg; figures depend on the proportion of miles driven in pure electric mode and may vary widely 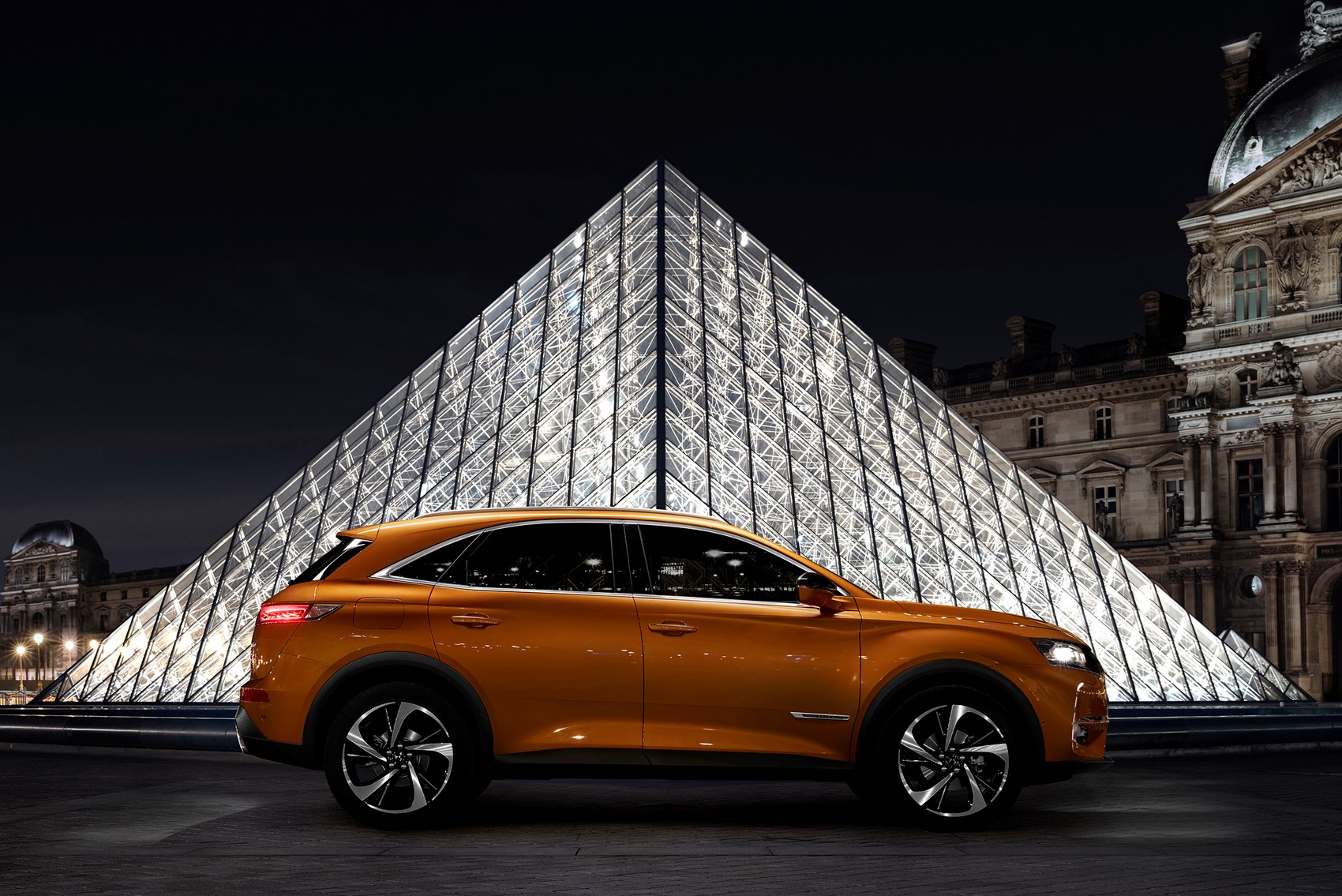 How much is it going to cost to run?

The DS 7 Crossback has similar running costs to its Peugeot 3008 cousin, even though it's pitched in a much higher area of the market. Claimed fuel economy varies from around 48mpg to just over 68mpg – reasonably strong figures for the class of car, meaning low fuel bills.

The E-Tense achieves 128.4mpg and 33g/km CO2 on the new WLTP test cycle, though you’ll need to keep the battery charged to achieve anything close to those figures – a full battery charge takes two hours from a 6.6kW charger, or eight hours using a three-pin domestic socket.

It’s likely that the DS 7 E-Tense can both greatly improve on it’s already impressive economy figures and fall depressingly short. Do shorter trips and religiously keep the battery charged and there’s little need to burn any fuel at all – the DS can cover up to 31 miles on pure electric power, and achieve speeds of up to 83mph silently too.

The BlueHDi 130 returns a claimed 68mpg, while the 180hp version is capable of 57mpg according to DS. The 1.5-litre BlueHDi diesel emits less than 110g/km of CO2 emissions, making it the cleanest engine in the DS 7 Crossback range.

The petrol isn't bad, either, with a CO2 emissions figure of 134g/km for a 25% BIK band – an impressive effort considering the size of the DS 7 Crossback.

Peugeot and Citroen still has a poor reputation for reliability with car buyers, which is unjustified these days. Tech like the LED instrumentation and adaptive cruise control may have some teething troubles, but DS dealers should iron out these problems early on. The firm says that the dealer experience for these cars is much better than it was in the past.

DS Automobiles has produced a quality feel for its interior, with extensive use of luxurious materials, to provide a premium experience. Whether that will result in Audi-levels of longevity remains to be seen – although we're hearing no horror stories from owners right now.