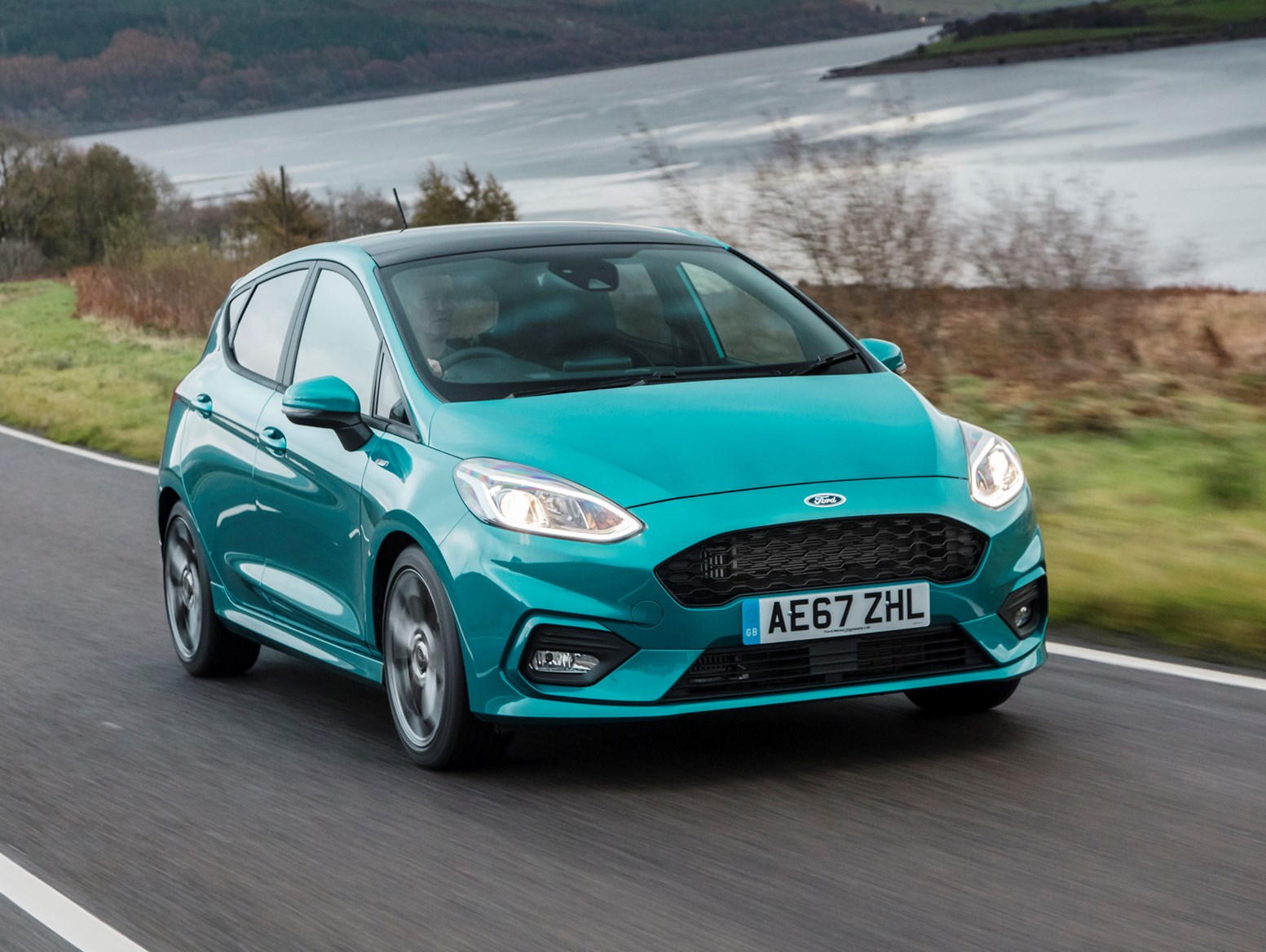 How much space is there?

We found it possible to seat a six-foot adult behind another six-footer relatively successfully in the Fiesta with adequate headroom without the panoramic sunroof.

However, there aren’t any rear cupholders and storage is fairly thin on the ground. Up front it feels like there’s far more space. If that opening glass sunroof is installed, however, expect penalties in headroom for anyone in the car – especially rear seat occupants, who won’t want to be there for long if they’re anything approaching six feet tall for fear of neck problems.

The Fiesta’s boot isn’t a bad size. The boot will fit 292-litres worth of stuff in there - although this can be extended to 1,093 litres with the rear seats folded flat. It’s almost identical to the previous-generation Renault Clio, which has recently had a redesign. The new Clio has a 391-litre boot - making the Fiesta's look and feel pretty small.

We also have to mark the Fiesta's boot down for its high lip. You have to reach up and over this to load heavier items, which could prove problematic for some.

That said, the opening itself is of a decent size and you can fold the rear seats away to liberate far more room if needs be.

With a relatively small footprint the Fiesta is still easy to park in a normal-sized space. Moving up to the higher trim levels gets you acoustic parking sensors and even an automatic parking system should this be a concern.

The Ford Fiesta was crash-tested by the safety experts at Euro NCAP in 2017 resulting in a solid five-star rating, with impressive adult and child occupant scores.

Base-spec cars get lane-keeping assist, a speed limiter, a rear seatbelt reminder and automatic headlamps. You also get a tyre-pressure monitoring system and a tyre repair kit and six airbags including a pair of curtain ones. The bodyshell itself is also far stronger thanks to use of more advanced metals.

Step up to Zetec and you’ll enjoy a heated windscreen that clears quickly in cold conditions, Sync 3 multimedia with emergency assistance that calls the authorities if you’ve had a crash, and LED headlights.

At Titanium trim you also get traffic sign recognition, automatic high-beam headlights and a driver fatigue alert system along with cruise control and automatic lights and wipers.

The important safety kit you may want to specify optionally includes most of the above, along with automatic parking systems, blindspot warning, adaptive cruise control, autonomous emergency braking and forward collision warning.

The basic equipment list includes equipment that is standard across all versions of the Ford Fiesta Hatchback.

The Ford Fiesta Hatchback was tested by Euro NCAP in 2017 and was awarded a 5 star overall rating. This overall rating is calculated from the following individual ratings: