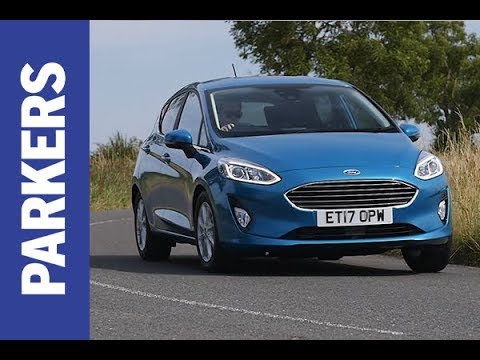 Written by Lawrence Cheung on 05 August 2021

Is the Ford Fiesta any good?

Generations of people have grown up with the Fiesta nameplate firmly ingrained into their minds – mostly because of its ubiquity. It was the bestselling car of 2019 and 2020, and you'd struggle to travel more than a few miles in the UK without seeing one.

Why is it so popular? In short, it looks good, is built well, is reasonably priced, spacious, and more fun to drive than it needs to be. There's a Ford dealer in every town, and they're cheap to fuel and service. The good news is that it's good as well as popiular.

What’s more impressive is that it still does so well with the level of competition it goes up against every year. There are accomplished offerings such as the Volkswagen Polo, Renault Clio and SEAT Ibiza all counted as rivals, and yet it sells well, even if it's now being outsold by the Vauxhall Corsa. A facelifted model for 2022 has been unveiled, which will no doubt broaden the Fiesta's appeal once it starts appearing on the roads – you can read all about the 2022 Ford Fiesta here.

The Fiesta interior is dominated by its centrally-mounted screen, which is used to display the excellent Sync3 infotainment system. Some controls are operated via separate buttons and rotary knobs, so you're not completely dependent on the touchscreen – a good thing in our books.

The driving position and visibility are good, passenger room is completitive, and overall, there's a grown-up feel to the Fiesta that adds to its appeal. Sure, there are some cheaper-feeling materials in the cabin, and the glass sunroof is an expensive option for what it is, but it remains among the class leaders for its drive and cabin.

Very well indeed. It’s as enjoyable to drive as the previous version, is still the best-driving small car for your money, but now comes equipped with some of the latest tech and driver assistance features – if you pay for them.

he Fiesta is blessed with sharp steering, high grip levels and excellent overall feedback which not only makes it great on back roads and country lanes, but responsive and good fun in town.

Read more on how the Ford Fiesta drives

The most popular model in the line-up is the Titanium while the most favoured engine is Ford’s impressively capable 1.0-litre EcoBoost petrol. This engine is available with a choice of 95, 125 or 155hp outputs, plus there’s a 1.1-litre with 75hp available lower in the range.

If you prefer diesel power, you'll have to seek a used version as the range became petrol-only in 2020. There’s a 1.5-litre TDCi diesel, with 85hp, and a higher-powered 120hp version initially offered at launch.

Widening the Fiesta’s appeal further is the Active, aiming to snag sales from the burgeoning SUV sector – you can read all about that in its own review. This higher-riding version with some external differences such as roof bars and tougher exterior trim targets those with active, outdoorsy lifestyles.

Ford’s Buy Online service often includes large discounts that make the Fiesta much better value than pretty much any other supermini. Entry level Skoda Fabias are better value, but the upper half of the Fiesta range is extremely competitive when financed.

Interest-free credit has been available on the Fiesta, however, and if you can find one of these deals, there's no cost penalty for financing a Fiesta compared with paying cash. As this is an extremely competitive class, though, keep your eyes open for deposit contribution discounts in future, as it's possible that Ford will throw these in alongside 0% APR to boost sales after the initial fanfare has died down.

Insurance groups range from 2E up to 15E, so it’s at the cheaper end of the spectrum here, and fuel economy and tax bills are very low indeed thanks to a recent range of high-tech engines.

Our leasing partner, ZenAuto is offering the Ford Fiesta for £316 per month. The usual terms and conditions apply.