It's surprising how little failings can bring an otherwise good car down. Minor irritations like a seatbelt that doesn't sit right can sometimes ruin the experience of an otherwise competent car.

Fortunately, for Ford and me, the Focus is free of such annoyances. The manufacturer has gone to great lengths to ensure that everything's comfortable and works properly. Even the usually complicated process of syncing a Bluetooth phone is trouble-free and easily carried out, thanks to clear on-screen prompts.

This attention to detail is most evident in the design and functionality of the trip computer. For years I've longed - yes, it's sad, I know - to drive a car with a trip computer that displays a multitude of information at once. Most just tend to display one or two figures, such as instant economy and range, meaning you have to repeatedly toggle through options to see the readout you want.

The Ford's trip computer, however, shows several bits of information simultaneously. Not only does it report external temperature but it also displays average speed, average economy, instantaneous economy and range remaining. There's even a neat illustration - like those found in older Fords - that shows which lights are on, or if any doors are open.

This means that everything you need to know is visible with a quick glance. Warnings and additional information, such as a low-temperature ice alert, are also presented on the same screen. This further reduces the amount of time that you have to spend scanning the dash for any issues.

The functionality of this trip computer is helped greatly by its intuitive navigation. The four-way pad on the steering wheel allows you to quickly and effortlessly flick back and forth between other readouts, allowing access to even more information if required.

By no means is this layout of display unique, but it's rare to see it executed so effectively and clearly. Little touches and considerations like this add up to make the whole experience of living with the car much more enjoyable.

Further bolstering its reputation on the Parkers fleet, the Focus managed to return an indicated average of 50.8mpg over the past tank, allowing it to cover 513 miles. After working out the consumption by hand, I found that to be remarkably accurate - with the 'real' consumption coming out at 50.3mpg.

Admittedly this is some way off the 67.3mpg average that Ford claims. On the flipside, when you consider that no particular consideration was being given to economical driving, it's actually quite impressive. 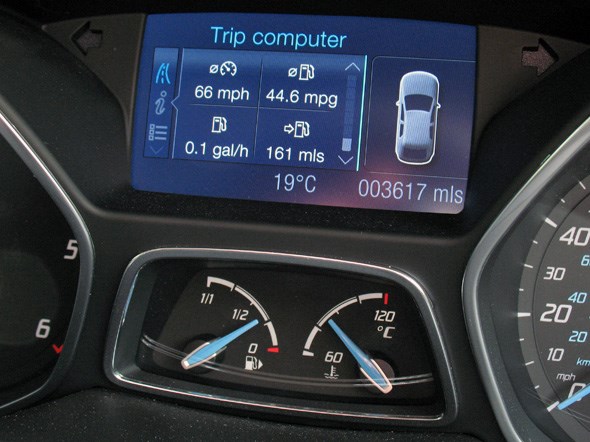 Ford's trip computer is the best I've used so far. 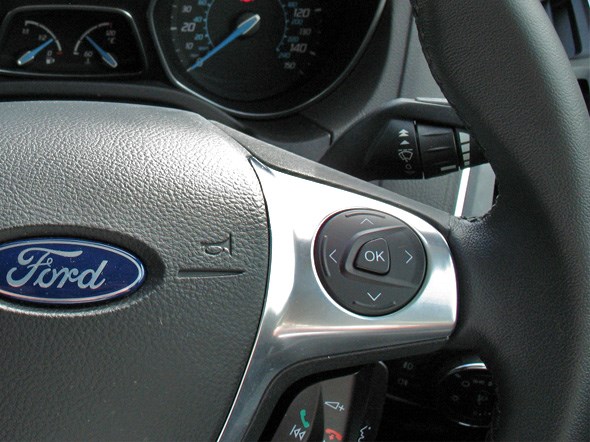 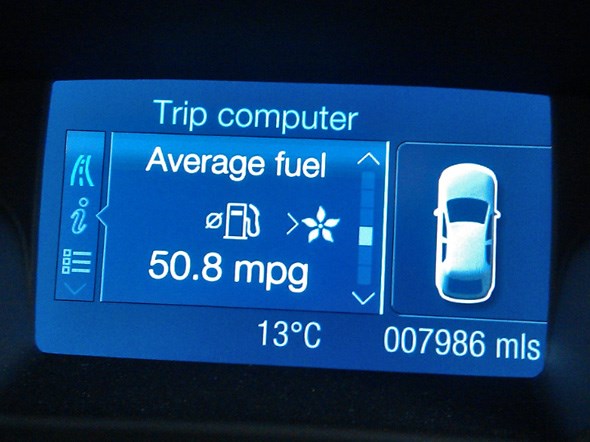 Averaged an indicated 50.8mpg over the last tank.