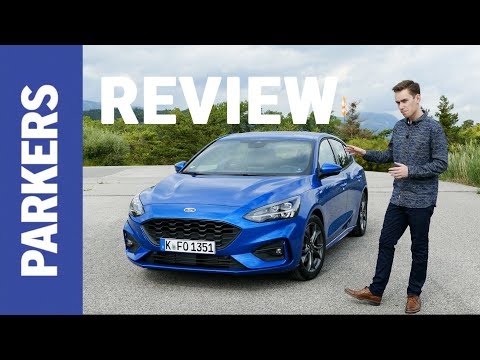 Is the Ford Focus any good?

We're not giving away any industrial secrets if we were to say that the Ford Focus stands for striking styling and fine handling in a segment of the market that traditionally plays it pretty safe. This generation aims to continue its predecessors’ success and, although the current crop of family hatchbacks are far tougher competition, the popular Ford still stands out.

For starters, it bagged the Parkers Small Family Car award in 2019 and 2020, and it's enjoying huge success. That said, there’s the small matter of today’s wide and talented range of rivals, including the Vauxhall Astra, Mazda 3, Hyundai i30, Kia Ceed and the evergreen Volkswagen Golf.

Consequently, Ford might not have it entirely its way. But for keen drivers, and those with an eye on running costs, the Focus still has huge appeal compared with its newer rivals.

Hop behind the wheel and you’ll find that the overall shape and layout of the cabin isn’t that far removed from the current Fiesta. Most of the important controls are positioned logically around the wheel and centre console, while the 8.0-inch touchscreen juts out of the dashboard to display sat-nav, media and other infotainment options via the tried-and-tested Sync3 interface.

The cabin looks and feels of a higher quality now, too. Everything appears tightly screwed together and appears current; the manual handbrake lever is no more, replaced by an electronic switch, while – on automatic models ­– the traditional gearstick has been replaced with a rotary dial gear selector.

An optional head-up display also makes its debut on Ford cars in Europe, and is capable of showing speed, traffic sign and sat-nav instructions.

The ST-Line models in particular – with their slightly lowered sports suspension – are enormous fun when the road gets twisty, delivering balanced body control (how little the body of the vehicle leans through corners), quick responses and bags of grip. As far as medium-sized hatchbacks go, this is pretty much as good as it gets.

If you seek one with an automatic gearbox, an eight-speed version is available on most engines, with the ST petrol available with a seven-speed option instead. It’s hard to justify spending the extra money on them, though, unless you need it, because the manual transmission is such a joy to use.

Read more on how the Ford Focus drives

Customers will be spoiled for choice when it comes to picking the engine in their Ford Focus – that is, as long as they weren’t expecting a hybrid or electric option. Despite boasting a wide range of petrol and diesel units, we've had to wait until 2020 for a mild hybrid system for the former.

The ST comes with a 2.3-litre petrol engine – similar to the one found in the Mustang – which produces 280hp, or a 2.0-litre EcoBlue diesel with 190hp. Just like the previous ST, the option to have an automatic gearbox is available, although this arrived later. If you want more practicality to go with your performance, you can also have the ST as an estate.

People who want a Focus with more room are well catered for with the estate version, while those who want off-roader looks can plump for the Focus Active. This version focuses mostly on cosmetic changes, like chunkier tyres and black plastic cladding. But it also sits usefully higher than the standard focus, by around 30mm at the front and 34mm at the rear. Active models also get different off-roadish driving modes.

Will there be another Focus RS? Ford denies it flatly, but strong rumours of a Focus RS continue to persist – and with the ST coming out of the blocks with 280hp to play with, it's going to need 350hp-plus to make sure it's worth the upgrade. We suspect it would also drive all four wheels, just like the previous model.

Click through to read everything you need to know about the Ford Focus. Or, skip to practicality, how much it costs to run, what it's like to drive – and whether we recommend buying one.