Buying used brings almost unlimited choices if you're looking to buy one of many Ford Ka cars for sale. You can click the links below to search through a wide range of cars for sale across the UK. As well as that, you can use our search tools to tailor your results based on price, location, engine and trim – depending on your own personal preferences. With Parkers, you'll be able to find the right used car at the right price for you.

Want all the benefits of a new car but at a significant cost saving in cash terms? Buying a nearly-new car generally brings you the remainder of the manufacturer's warranty, full main dealer support, and a used car with low miles on it. To search for nearly new Ford Ka cars for sale on Parkers, click on the links below. You will find the best cars for sale near you, and by using our search tools, you can narrow your choice, and find the perfect Ford Ka at the right price.

What is the Ford Ka+?

Slotting in at the entry-point of Ford’s range is the Ka+, nestling below the Fiesta and continuing the line of small Blue Oval-badged cars that began with the original Ka in 1996. Or at least it did until 2019 when Ford confirmed the Ka+ was being discontinued in the UK.

While the first-generation Ka focused on sporty fun, the latest model is a different proposition: a value-focused, more spacious five-door that’s not much smaller than the more sophisticated Fiesta.

Rivals are plentiful at this end of the market, with the Dacia Sandero and Vauxhall Viva, along with the slightly smaller Kia Picanto and Hyundai i10.

Which versions of the are available?

Previewed in near-production concept form at the end of 2014, but not going on sale until summer 2016, the Mk3 version of the Ka is the largest model yet to wear the nameplate.

Signaling its enlarged dimensions and five-door status the name was revised to Ford Ka+ for the third-generation model which arrived to a rather lukewarm reception. There was little sense of fun or the fine driving dynamics that the Mk1 in particular had in spades. 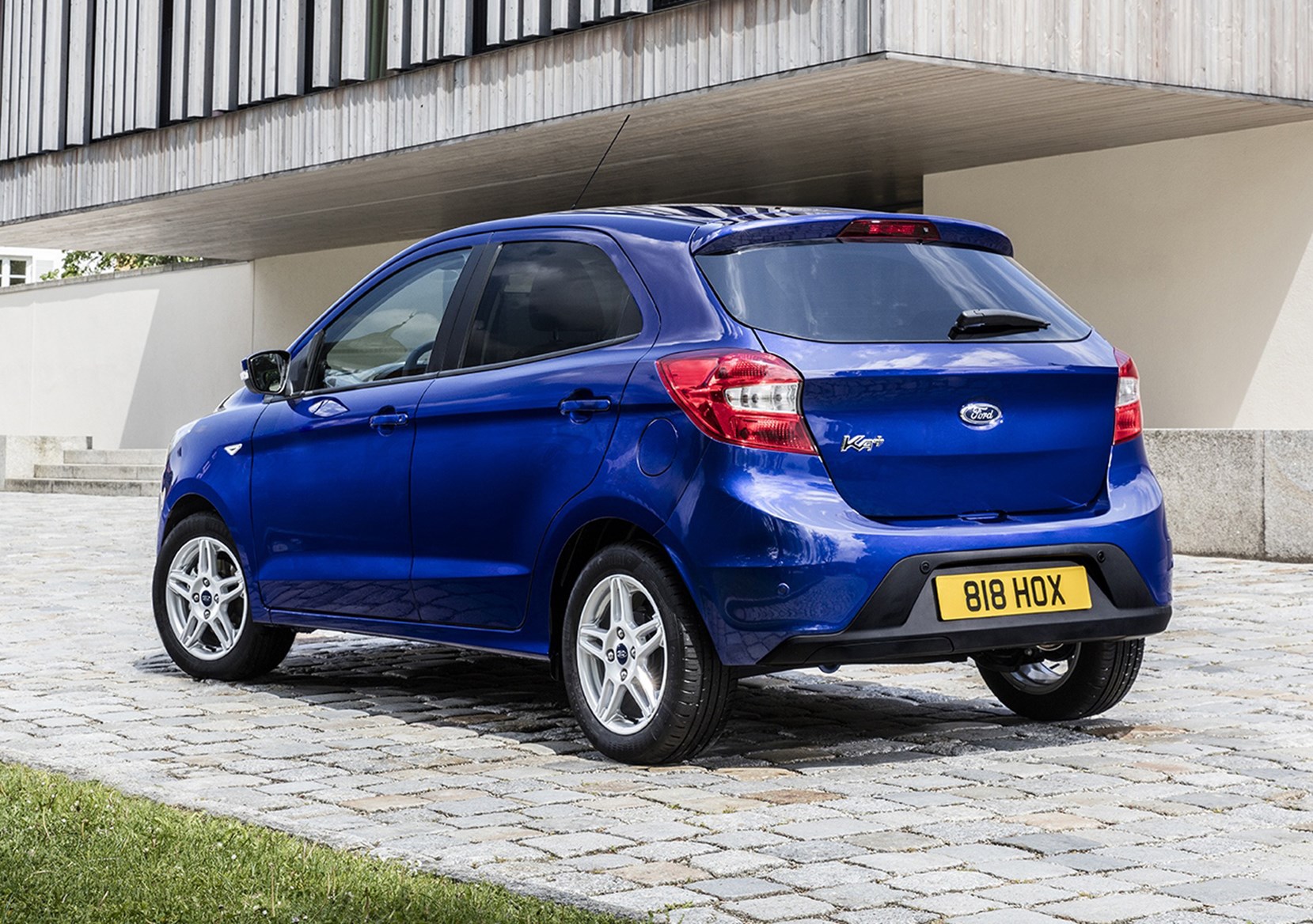 Ford revised things in 2018 giving the Ka+ Hatchback a facelift, but also adding a separate line with a pseudo-crossover look – the Ford Ka+ Active – complete with an elevated ride height and chunkier unpainted plastic body mouldings.

With Active models effectively being a trim level of its own, the Ka+ Hatchback somes in just two trim levels of Studio and Zetec.

There’s also little choice on the engine front: a three-cylinder 1.2-litre petrol producing 70hp and 85hp was joined by a four-cylinder 1.5-litre diesel delivering 95hp from that 2018 facelift. Diesel-engined small cars are a rarity these days, but Ford clearly wants to cash-in on those remaining black pump loyalists.

What is the Ford SportKa?

Given Ford’s history and sales successes with hotter versions of its bread-and-butter models, it seems surprising that a higher-performance version of the Ka has only been offered once.

Based on the first-generation hatchback, the Ford SportKa went on sale in 2003 powered by a 1.6-litre petrol engine producing 95hp – a modest output, but enough to allow it to be the only model in the range to nudge under 10 seconds for the 0-62mph acceleration test. 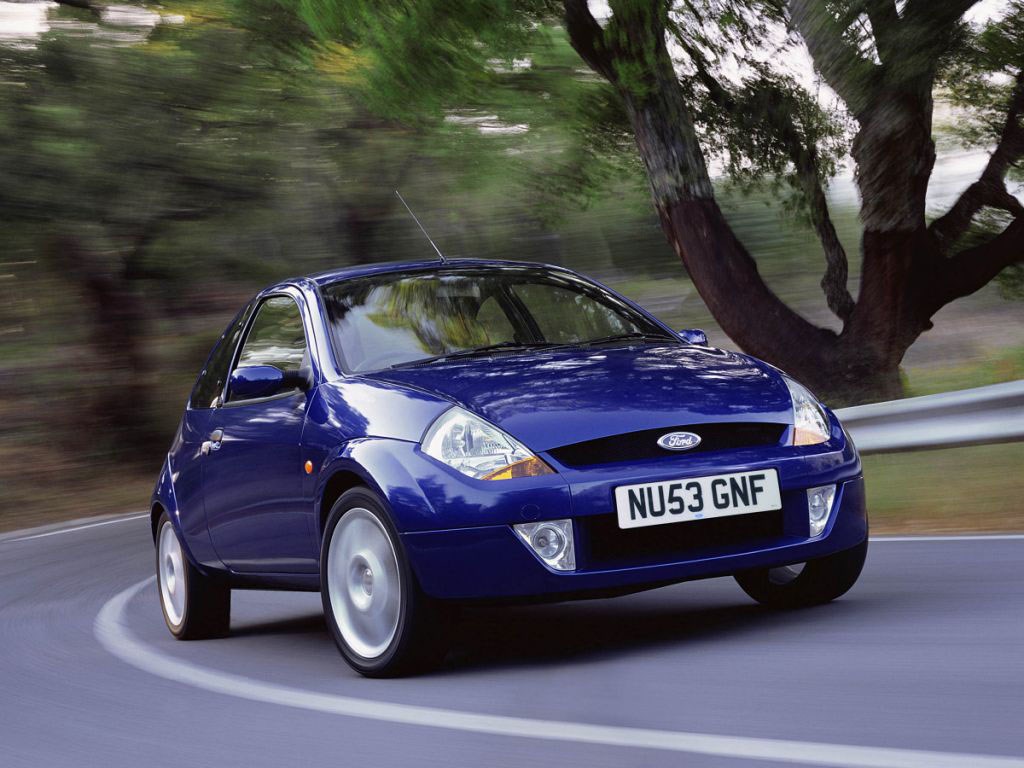 Visually the SportKa was easy to pick out from its humbler brethren thanks to wider wheelarch and bumper mouldings that partially covered the familiar headlamps lending it a more aggressive air from the front.

There was a mechanically similar sister car, too – a two-seater roadster version called Ford StreetKa designed by Ghia. One of the most inexpensive soft-tops on sale in the early-2000s, it won a few fans, but ultimately wasn’t a runaway success commercially.

How do you say Ford Ka?

Let’s clear this up once and for all: Ka is pronounced ‘car’. Done.

Admittedly, there’s some confusion, not least because a two letter word spelled-out in capital letters suggests one might simply say ‘K’ followed by an ‘A’, but that’s not right. 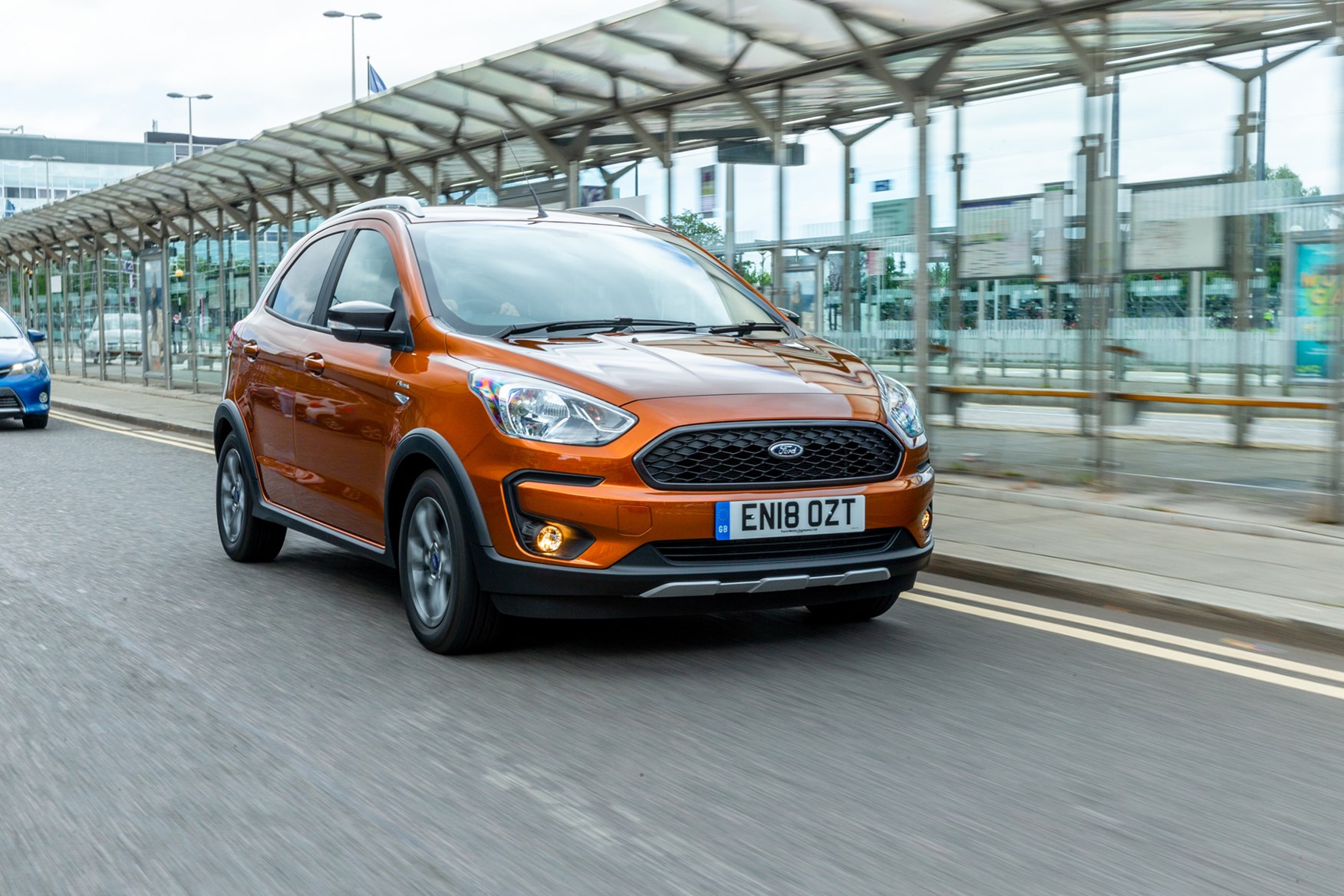 Equally misleading was the pronunciation like ‘cat’ but with a silent ‘T’, as popularised by Jeremy Clarkson in his Top Gear days. That is also wrong.

If you need further confirmation, think of the SportKa and StreetKa mentioned earlier – their names only work if the ‘Ka’ part is pronounced ‘car’.

Strip-away the Ka+’s lacklustre bodywork and you’ll find a version of the same underpinnings that are shared with the Fiesta.

Consequently, Ford’s smallest model is fairly engaging to drive, but it lacks its bigger brother’s finesse.

You’re constantly aware that everything’s been built with cost-consciousness in mind, from the hard, generally unappealing interior plastics to the relatively simple-to-produce exterior bodywork.

Yes, it’s not bad at all – not as sharp as a Fiesta, but more engaging than the wooden experience that driving a Dacia Duster, for instance.

Even the higher-riding Ka+ Active remains a decent steer, with good body control, minimised roll through corners and a comfy ride.

How much does the Ford Ka+ cost?

List prices for the Ford Ka+ are temptingly low – it undercuts the Fiesta significantly, but remains a pricier option than the Dacia Sandero.

Discounts will be available with relative easy, but it might not always make sense to buy one on a PCH or PCP finance deals given their low resale values. In some instances, a Fiesta might work out cheaper on a monthly tariff.