Most fun-to-drive small SUV is surprisingly practical too 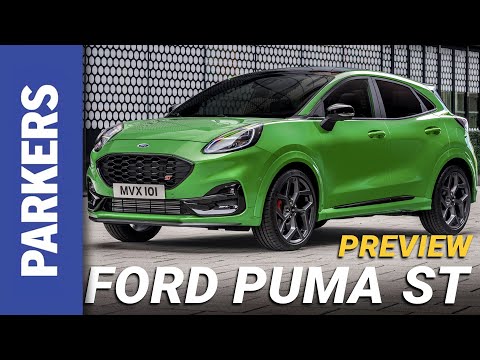 Written by Lawrence Cheung on 06 October 2021

Is the Ford Puma any good?

It’s fair to say we rate the Ford Puma very highly. So highly, in fact, that we awarded it Parkers Car of the Year for 2021, before winning our Small Family Car Award again for the second consecutive year for 2022.

In almost every sense, then, the Ford Puma is one of the best cars you can buy today. It’s Ford’s latest compact SUV, which effectively banishes the poor old EcoSport to the shadows. Pitched as a car that can turn heads on a Friday night, fit flat-pack furniture with ease on Saturday afternoon and provide an enjoyable drive on a Sunday morning, the Puma does it all.

The Puma is a rival to cars like the Renault Captur, Peugeot 2008 and Volkswagen T-Cross. Small SUVs and crossovers are immensely popular and the Puma looks set to be a particularly sought-after choice in the UK – not long after launch it leapt into the best-selling charts and has stayed there since.

Those who remember the original Puma may be confused by the badge. While the old car was a compact coupe, this one’s resolutely an SUV – but both models are based on the same underpinnings as the Fiesta supermini. This time around, it’s a substantially larger vehicle – longer, wider and taller, but it retains the fun-to-drive character of its predecessor.

Some models also get a 12.3-inch digital screen in place of analogue gauges, which was Ford’s first attempt at a fully digital dial setup and one that works well and looks good.

The Puma’s also very spacious inside, with room for adults across the rear bench and a good-sized boot that includes a huge underfloor storage compartment Ford calls the ‘Megabox’.

The Puma drives very well indeed. Like the Fiesta on which it’s based, there’s a really pleasing weight to all the controls that makes it feel very natural to drive about – it’s so easy to modulate the clutch or judge how much steering input you need.

It handles brilliantly for a small SUV, too, as it doesn’t roll about too much in the corners nor does it feel overtly sporting. That is, unless you opt for the Puma ST, which is much stiffer (and much more fun).

All these factors make the Ford Puma the compact SUV of choice for the keen driver, and it’s one where we’d really recommend opting for the manual gearbox.

There are three engines to choose from – all petrol, and ranging from a sensible 125hp mild-hybrid up to the much faster and more exciting 200hp unit in the Puma ST.

Read more about how the Ford Puma drives

As befits a Ford, there’s a wide choice when it comes to specifying your Puma.

As far as trim levels, you can choose from Titanium, ST-Line, ST-Line X, ST-Line Vignale or the standalone ST performance model. Even the basic car comes with a touchscreen infotainment system,  climate control, a heated windscreen, selectable drive modes and rear parking sensors, but there’s no denying that the higher-spec models do look a lot cooler.