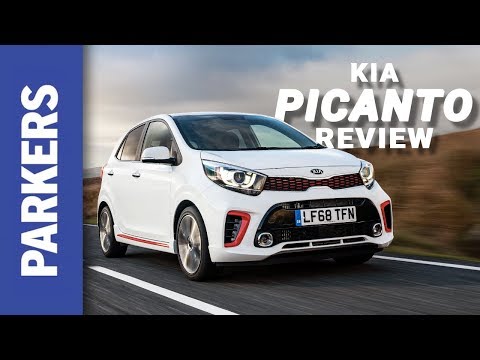 The Kia Picanto is one of the most appealing small cars out there. Through a combination of good looks, low running costs and painless ownership, it’s become pretty popular especially among the two extremes of the market – new drivers and elderly drivers.

Taking the form of a five-door hatchback, the Picanto’s dinky dimensions put it into contention with some of our very favourite small cars, such as the Volkswagen Up and Hyundai i10. But the intricacies of financing mean that, on monthly payments, cars such as the Picanto can also skate very close to entry-level superminis such as the brilliant Ford Fiesta or Renault Clio.

Kia hopes that this Picanto’s generous interior space, strong equipment levels and refined, grown-up driving experience will tempt buyers away from these larger models. Add into that good fuel economy, low insurance costs and a super-generous seven-year warranty, and it makes for a really attractive package. There's even a pseudo-hot hatchback in the form of the GT-Line S, as well as the X-Line edition with off-road style plastic cladding to give it a more rugged air.

Family look is present and correct

It’s impossible to mistake the Picanto for any other small car, as it carries the same sharp and distinctive look as the rest of Kia’s range – held together by the now-familiar ‘Tiger Nose’ grille at the front.

It sits above a gaping lower grille, and depending on which model you opt for, the rest of the car can be plain or sporty as you choose. Top-spec GT-Line S models go all out, with large alloy wheels, chrome detailing and red highlights to make for a really attractive city car.

Like the previous model, it’s quite an upright shape overall – this provides good interior space – but with the wheels pushed out to each corner it doesn’t appear awkwardly tall. The simpler looks of a Volkswagen Up will appeal to more people, but generally we really like the way the Picanto looks.

The maturity of the Picanto’s interior is the first thing to strike you upon getting in. Unlike some rivals, there’s no cheap-feeling painted metal panels, nor does it feel as though it’s been stripped down to fit into the car’s small dimensions.

Instead, you get a fully-featured dash with controls ideally placed. Higher-end models get a 7.0-inch infotainment screen set high-up on the centre console for easy operation – it comes with Apple CarPlay and Android Auto, which are really great extras to have in a car this small.

Spend enough and you can even get your Picanto with heated seats and steering wheel, keyless start, climate control, a sunroof and a rear-view camera. However, things do begin to look a bit expensive at this end of the Picanto’s range.

Even some much larger cars don’t offer the mechanical range of the Picanto – with a choice of three different petrol engines, plus manual or automatic gearboxes.

The basic 1.0-litre three-cylinder has just 67hp, but that’s plenty for a new driver and proves both peppy around town and refined on faster roads. If you want a bit more get-up-and-go, though, you can opt for a four-cylinder 1.25, with 84hp and a bit more flexibility. It’s perfect for those who might be using the Picanto as their only car, for all journeys from long slogs to quick trips.

Even the keen driver has something to opt for, though, with a turbocharged 1.0-litre giving a generous 99hp. We ran one of these for six months and rarely failed to enjoy driving it – though you make a sacrifice in terms of fuel economy, it’s worth it for the fun factor of this miniature almost-hot hatchback.

>Read what it was like to live with a Kia Picanto

The Picanto has one of the biggest boots around for this size of car. Naturally, you won’t be moving house in it any time soon, but with split-folding rear seats and that nice boxy rear, there’s a surprising amount of room. It will easily cope with a small family’s luggage or weekly shop, and with one seat folded down there’s enough space for a bulky buggy.

Two Isofix points in the rear are welcome, as is the five-door body – making clambering into the back of the car just as easy as getting into the front.

Kia regularly ranks highly in ownership satisfaction surveys – customers enjoy their cars, they like the dealers and they find owning their vehicles painless.

Kia puts an unusually high level of trust in the reliability of its vehicles, with a seven-year warranty offered on all of its models – that’s one of the best in the business. The Picanto’s running costs should prove low, with efficient engines and rock-bottom insurance rates, too.

All Picantos get a good level of equipment, too, so you don’t have to put up with a rock-bottom base model. All cars get six airbags and electric front windows, and the vast majority also come with air-conditioning and an infotainment screen, too.

Interested in the Kia Picanto? Read more on its practicality, interior, running costs or driving experience, or read the Parkers Verdict here...