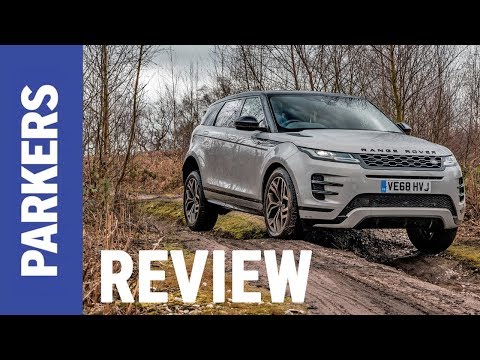 Is the Range Rover Evoque any good?

Yes, the Evoque is indeed a good car - and one that's been gently updated for 2021. At first sight, Land Rover's popular premium SUV looks reassuringly familiar, and with very good reason – during its seven-year life, the old Evoque was a huge success, creating a new market sector in the process. More than 750,000 were sold worldwide.

So, the Evoque is a careful, measured evolution of the old model. And this is a very deliberate strategy from Land Rover as it will continue to attract new buyers who were wowed by the desirability of the original, without making existing customers feel outdated with an SUV packing a design stuck in the early 2010s.

But beyond aping its successful predecessor, the Evoque majors on well-judged design inside and out as well as a rock-solid image. It looks modern and as good as ever, while the latest raft of updates keeps it on the pace in terms of technology, offering a simple-to-use infotainment system and the option of mild- and plug-in hybrids.

So, it's good looking and classy. But the Evoque's up against some impressive rivals too. The Audi Q3 and its Q3 Sportback sister car offer all of the tech and the image, the BMW X3 and X4 offer a similar blend with added dynamism, while the Volvo XC40 factors in a dose of Scandi-cool. Finally, how about a Porsche Macan? This is the one to have if you value a bit of excitement above everything.

There's significant glamour in the cabin thanks to Range Rover Velar-inspired touches, such as the pair of 10.0-inch touchscreens. It’s clean and uncluttered, but with so few knobs and buttons, prodding different parts of the screen to control things will take some getting used to when driving. It feels sumptuous inside the Evoque with a choice of leather trim, faux suede, a woollen option and a new eucalyptus-derived textile.

For such a high-tech cabin, Land Rover’s chosen to debut a couple of new showcase features in the new Range Rover Evoque. One feature is called ClearSight. At the touch of a button the rear-view mirror converts into a display screen for a camera mounted at the rear – perfect if your rear seat passengers or stuff in the boot is cluttering up your view.

The other is grandly titled Ground View Technology, which projects a 180-degree under-vehicle view from the front of the Evoque, making it easier to avoid kerbing wheels in tight city car parks or boulders when off-roading.

All Evoques are powered by Jaguar Land Rover's Ingenium range of petrol and diesel engines. 2.0-litre engines of both varieties are available, all with automatic transmissions, barring the entry-level front-wheel drive 150hp diesel which can be specced with a manual gearbox.

The most interesting development is the use of a new 48-volt mild hybrid (MHEV) system, which is fitted to all of the automatic models. This is used to recover braking energy, which is stored in a battery to use for low-speed driving and to boost performance when accelerating.

The plug-in hybrid (PHEV) version, known as the P300e, is powered by a three-cylinder 200hp 1.5-litre petrol engine and 109hp electric motor to develop a total of 309hp. Although it's quick, Land Rover says the main advantage of this car is up to 41 miles of EV-only running, 32g/km of CO2 and a combined fuel consumption of up to 201.8mpg.

Whichever Evoque you choose, you'll be rewarded with tidy handling, tight steering, and a comfortable ride. It's remarkably agile for a high-riding SUV, which makes this the perfect car for those who want a high seating position but don't want their SUV to feel unwieldy on the road.

Read more on how the Range Rover Evoque drives

First you need to pick a base layer of trim. The cheapest Evoques are simply known as Evoque. Sporty-looking ones are called R-Dynamic and posh ones are named Autobiography. Once you've chosen your base layer, there are S, SE and HSE arrangements to add.

The more letters, the more money. For example, The R-Dynamic HSE costs more than just the 'Evoque.'

The Range Rover Evoque can come with good value leasing deals – a fact you can put down to high predicted resale values. Monthly Evoque prices start from £352.

If you're interested in towing using an Evoque, here are the options available. There are many possibilities here, but for simplicity's sake, we'll quote the maximum towing figure for a braked trailer.

Click through the next few pages to read everything you need to know about the Range Rover Evoque including its practicality, how much it costs to run, what it's like to drive – and whether we recommend buying one.