Well, the time has come to say goodbye to our Mazda3 Sport. It's been 10 months, we've spent thousands on petrol and we've been all over the country. Oh, and guess what? I'm going to miss the little red riot.

Although it's really not been the most economical car on our fleet, the fuel consumption has improved over recent months and I've been seeing around 31mpg. Still nowhere near the claimed 41.5mpg, but much better than the 25mpg we saw at some points. Is that down to the car or my driving? I'll let you be the judge of that.

The highlights have been many and varied, but probably most notable was the driving experience. I was warned of a lack of front-end grip in wet conditions, but the car hung on remarkably well and was a veritable joy to drive. An excellent driving position, especially so with the location of the gear lever, meant you always felt involved in the experience. The controls are well-conceived and easy to use; the sat nav system is especially impressive with its steering wheel-mounted buttons. In fact, that interior is a stylish and ‘premium' place to be for a sub-£20k car.

Another factor that I have to say I was very impressed with was the Bose stereo system. As well as boasting great sound quality and being seriously loud, it's also easy to use and even I - being a total technophobe - managed to get the Bluetooth working in less than two minutes.

It's testament to the build quality of the ‘3 that you'd never be able to tell that I'd had an accident just before Christmas. The repairs were carried out very well indeed, and although there were some hold ups for parts supply problems the overall result was a car that was as good as new.

Having five doors meant the car was practical too, and the fairly spacious boot meant carrying suitcases or going to the dump didn't present much of a challenge.

Overall the Mazda3 has grown on me in a big way since I took the keys. I can only hope that I'm lucky enough to get something equally as capable next time around. 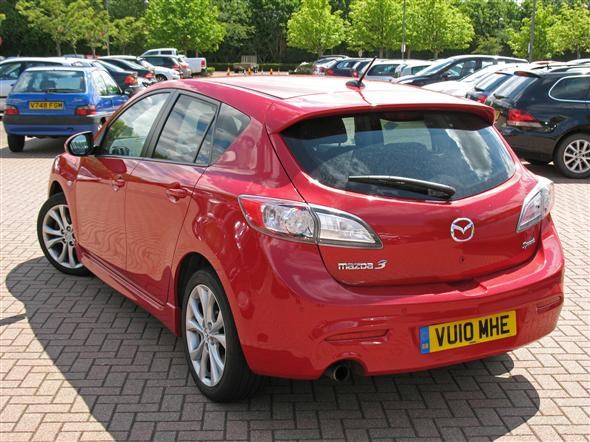 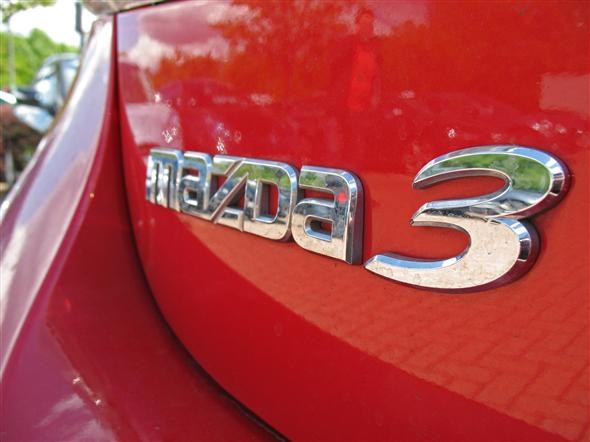 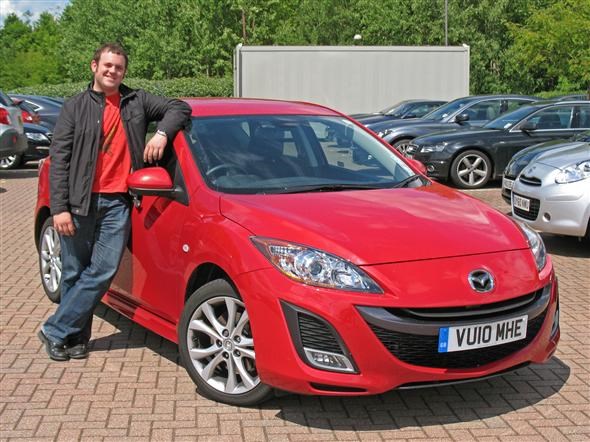