Our long-term Mazda's had an accident

It was a grey Saturday afternoon in October. The day before I'd borrowed editor Kieren's long-term Mazda3 and driven down the A1, around the M25 and down the M3 to visit my parents in Hampshire.

Pulling out of their cul-de-sac to visit a friend I looked left, looked right, spotted a blue BMW parking next to the junction I was exiting and confirmed it was stationary. I pulled out and collided head-on with a grey Ford Mondeo. Let me tell you this: even at low speeds a head-on accident is not to be taken lightly. Five metres beforehand I'd been stationary, so couldn't have been travelling over 10mph, but still both driver and passenger airbags deployed and basically scared the living daylights out of me.

For a number of seconds after the impact I sat there dazed, wondering what had happened. There was no Mondeo there each time I'd checked, and it took a while for my head to order my thoughts into some semblance of timeline. The thick smell of explosives hung in the air, pitching in my throat and causing a mini coughing fit. I finally got myself together and got out, first checking the other driver was OK. To my surprise his car appeared much better off than my little Japanese hatch. His had a smashed light and a few bumps and scratches on the bumper and bonnet. Mine on the other hand looked totally bent; the bonnet, bumper, headlights and wings were out of place and there was coolant bleeding from under the car at an alarming rate. Acrid smoke inside the car trickled out where I'd left the door ajar.

The overall impression was one of catastrophe, but this was the point where it all started making sense. I wondered what would have happened if the airbags hadn't gone off - certainly I'd have hit my steering wheel, and certainly I'd have suffered more than the slight burn I got from the explosives in the airbag deployment system.

I swapped information with the other party, giving him my car registration number, name, address and insurance company.

On closer inspection, the Mazda didn't look quite as bad as I'd thought. What looked like a completely destroyed car needing a front-end rebuild was actually suffering a lot less than feared. It's all down to the crumple zones and crash protection on the ‘3. Airbags are only part of the safety system installed, and another way the car absorbs the shock is by body panels popping out upon impact with another car. This means that although visually the car might look ruined, it's likely it won't be as bad as you think. Sure, the coolant tank is cracked and needs replacing, but as I got the engine switched off as soon as I could after the event I'm confident there won't be any damage to the internals. I got the car back up the driveway to my parents' and left it there. 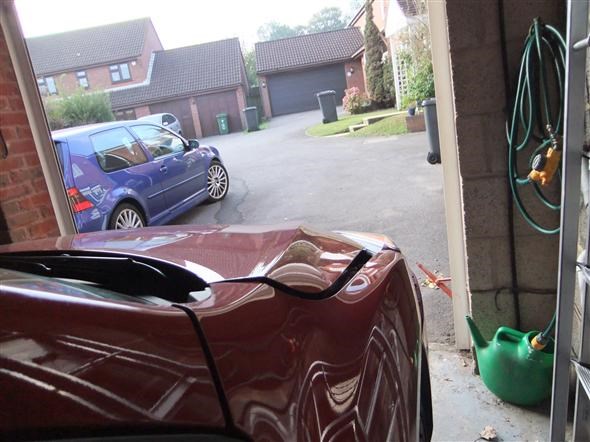 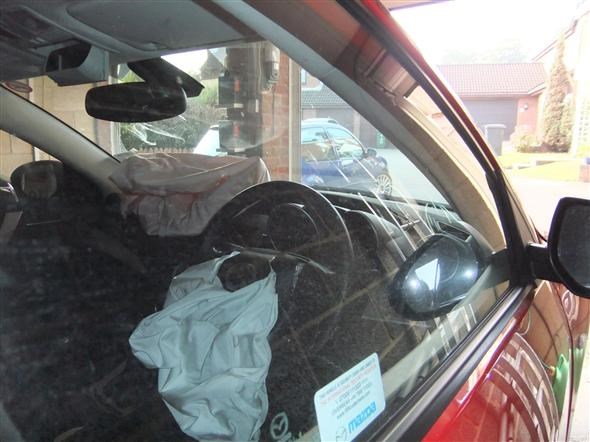