Stylish alternative to a boring saloon or hatchback 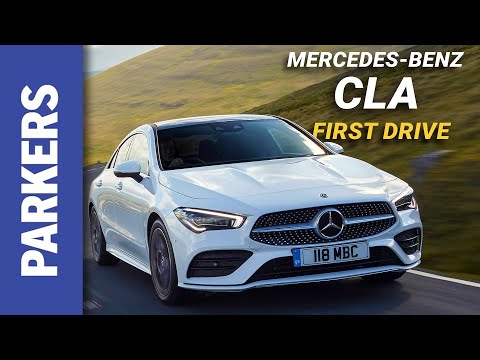 Now in its second generation, the Mercedes-Benz CLA is as hard to pin down as ever – is it a saloon, a coupe or both? Or neither? In reality, trying to categorise a car like this is a pointless exercise. If it works for you, and you like the way it looks, then does it really matter? We're assuming it does work for you, and that's why you're here.

Having said that, it's worth bearing in mind the alternatives to this car – after all, it wouldn't do to have a shopping list of one. Not when there are so many good cars out there. Closest to the CLA in concept is the BMW 2 Series Gran Coupe which looks very different from the other models in the 2 Series lineup. You'd possibly also consider the new Audi A3 Saloon or perhaps the Peugeot 508 Fastback.

The most baffling comparison might be with the Mercedes-Benz A-Class Saloon which looks rather similar to the CLA – the latter's more dramatic roofline isn't that obvious unless you put the two side-by-side. Compared with the A-Class saloon, the CLA Coupe is a sleek and stylish-looking car, with a low roofline and frameless side windows.

Mercedes-Benz says this car is longer, wider and more accommodating than the original CLA Coupe, which was a bit of a case of style over substance. The dynamic improvements from old to new A-Class hatchback are developed further with this car. To that end you get a wider track and lower centre of gravity than the five-door, so it's also a good deal better to drive.

Unsurprisingly, the new CLA Coupe gets the same industry-leading tech that debuted with the rest of the A-Class family, eclipsing even that of the S-Class of the same age.

You get the same eye-catching dashboard and interior, which currently places it at the top of the compact premium market. The feeling of interior space is assisted by the low-line dashboard, and the wide, landscape-format digital screen.

Plus, it also comes with gesture-enhanced MBUX Interior Assist that allows you to use voice and gesture commands to alter everything from the temperature to the ambient lighting colour.

This system is able to distinguish between the driver's and front passenger's hand motions. Other functions can also be controlled in this way, including the interior lamp, which can be switched on and off by briefly extending a hand towards the rear-view mirror.

If the driver reaches over towards the unoccupied front passenger seat in the dark, it will be illuminated automatically. This makes it easier to find any items which may have been placed on the seat.

As with the rest of the cars in the Mercedes-Benz range, it's possible to access most of the extended features by simply saying, 'Hey Mercedes,' in the way you'd speak to an Amazon, Apple or Google assistant at home.

The CLA Coupe boasts the very latest driving driver-assistance systems, such as the brilliant Distronic Plus adaptive cruise control system. The company says it offers the highest level of active safety features in this class.

What engines does the Mercedes-Benz CLA Coupe have?

Like its A-Class cousin, the CLA Coupe is petrol and automatic-only at launch, with the seven-speed DCT transmission being the sole option. Manual gearboxes and diesel options followed shortly after.

There is a version modified by Mercedes-AMG called the CLA 35, offering substantially more punch than the efficient but relatively slow options at first. At the very top of the range is a blistering CLA 45.

WIth this impressive model range and plenty of scope for personalisation, this CLA looks very tempting indeed. The big question is whether it's worth the additional money over an A-Class saloon and should it go to the top of your shopping list when there's a new rival from BMW on the scene.

Click through the next few pages to read everything you need to know about the Mercedes-Benz CLA including its practicality, how much it costs to run, what it's like to drive – and whether we recommend buying one.