This car has been superseded by a newer model, click here to go to the latest Nissan Qashqai (14-21) review. 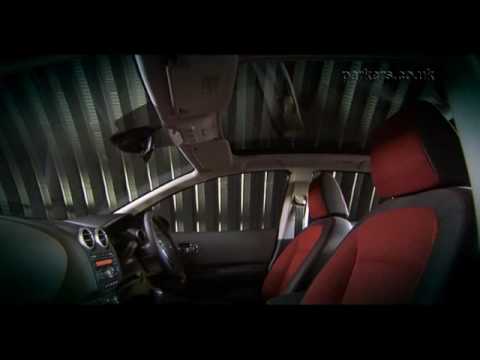 The Nissan Qashqai is described by the Japanese firm as a crossover – in other words it’s a cross between a normal hatchback and an off-roader. This may sound like an odd notion but the result is a real success and the chunky styling looks great.

It’s actually an indirect replacement for the Almera and an alternative to cars like the Volkswagen Golf, Ford Focus and Honda Civic. If you’re after something different from the norm the Qashqai (pronounced Cash-kye) fits the bill perfectly.

It is feeling its age a little now but continues to be an enormous seller, partially due to a strong presence in the fleet market. Newer rivals such as the Skoda Yeti are arguably a better buy these days, but the Qashqai is still extremely popular, and for good reason.

Designed and built in Britain

The interior may be beginning to look dated, but all versions of the Nissan Qashqai are well equipped, comfortable and good to drive. Four-wheel drive derivatives are available but the majority of models in the UK are standard front-wheel drive.

The Qashqai is also a very British car – it was designed and developed in the UK and is built at Nissan’s plant in Sunderland. More than 2.0 million examples have been produced since the car was launched in 2007.

A selection of five engines is available. There’s petrol power in the shape of a 1.6-litre engine making 115bhp and 157Nm of torque, pulling the Qashqai to 62mph in 11.9 seconds with a top speed of 113mph.

So this is a car that promises much from its blend of style, economy and practicality – but does it have what it takes to carve out a niche in a market dominated by some of the best-selling models around? Read on for the full and comprehensive Nissan Qashqai review to find out.

Volkswagen
Tiguan
4 out of 5 4.0
Advertisement
How much is it to insure?