Popular family SUV is still worth a look, despite the arrival of a new one 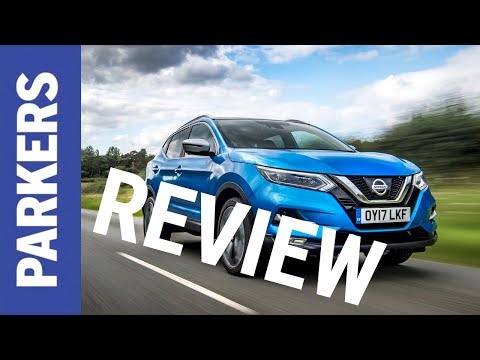 So common a sight on Britain’s roads is the Nissan Qashqai that most people can picture what it looks like as soon as its name is mentioned. Nestled between the Juke and X-Trail in the Japanese brand’s line-up, the Qashqai successfully appeals to family car buyers by being inexpensive to run, well-equipped, reliable and still looking sharp, despite this second-generation model nearing the end of its production run.

When the original Qashqai debuted in 2007, it wasn’t the first small family SUV, but it helped to define and popularise the genre, a trend which continued with the Mk2. With greater spaciousness and a more commanding driving position than you’ll find in more traditional hatchbacks like the Ford Focus or Volkswagen Golf, and arguably more stylish – although less practical – than a compact MPV such as the Renault Scenic, the appeal of the Qashqai – and its ilk – is seemingly irresistable to family car buyers.

In 2017, Nissan gave the Qashqai an extensive facelift with a sharper look and an interior that felt slightly higher quality, too. It’s well-equipped in any trim level, but higher-spec N-Connecta, Tekna and Tekna+ models come with a vast kit list and a more upmarket feel to the roomy cabin. All models have plenty of sound deadening material meaning it’s a quiet place to be, with a relaxed feel on the move.

However, the overall interior quality is still underwhelming when you consider top-of-the-range Qashqais cost in excess of £35,000. Where fitted, the leather trim feels soft yet plasticky, while some of the switches inside you’ll find on much cheaper Nissan models.

It’s a similar story with the on-board technology: it all works, but the graphics on the displays lack the sophistication you’ll find on many of the Nissan’s rivals. Still, the cabin is well suited to the rigours of family life, with plenty of room front and rear. Higher-spec cars get a full-length panoramic glass roof, which provides a bright and airy interior; just watch out as it also nibbles into rear headroom.

Luggage space with the rear seats in use stands at 430 litres – somewhat smaller than many rivals – but the boot floor has a clever trick up its sleeve: it’s made up of two panels, which can be repositioned to create either a deeper boot or a totally flat load area when the rear seats are folded down. There’s also space under the boot floor to stow the parcel shelf when not in use – very useful.

Four adults can easily get comfy in the Qashqai with plenty of space for heads and limbs, but a fifth passenger occupying the central rear seat will inevitably make it feel snug – it’s a relatively compact car, despite its height.

Its modest size also makes it easy to manoeuvre and park, particularly in tight urban confines. Many models are fitted with parking cameras and sensors to make it even less of a challenge.

Petrol and diesel engines, but no hybrids

Since late 2018, the engine range consists of a 1.3-litre DIG-T turbo petrol with a choice of two power outputs – 140hp and 160hp. It’s an engine that you’ll also find under the bonnets of various smaller Mercedes-Benz models including the A-Class, as well as its Renault Kadjar sister car and the closely related Dacia Duster. Overall, this 1.3-litre engine is far smoother and punchier than the 1.2-litre it replaced, but you’ll struggle to come close to the official fuel efficiency figures in the real world.

There’s no fully electric or plug-in hybrid (PHEV) option with the Qashqai, despite Nissan’s expertise in this field, nor will there be for this generation.

Manual and automatic gearboxes are available, plus if you want the extra traction of four-wheel drive – not an expense we’d recommend – it’s available in the upper echelons of the range.

With safe, assured handling and admirable ride comfort, which remains pliant even when specified with large alloy wheels (up to 19 inches are available), the Qashqai is easy to drive.

Added to the Qashqai range in 2018 was a suite of driver assistance and safety systems dubbed ProPilot. Launched initially as a standalone limited edition model called Pilot One Edition, ProPilot comes with adaptive cruise control with traffic jam assist (on automatic cars) as well as blindspot monitoring and intelligent lane keep assist systems to keep you in the middle of your lane without straying across the lines.

This equipment is also available as an option pack called Drive Assist Pack on models with manual gearboxes. It comes with all the equipment listed above, but without traffic jam assist, as this only works on cars with automatic transmissions.

Should the Qashqai be your default choice? It’s still competitive, but a wealth of rival SUVs such as the Ford Kuga, Kia Sportage, Peugeot 3008 and Skoda Karoq, among a wide range of others, illustrate how much the game’s moved on since the Mk2 model went on sale in 2014. Continue reading our full review to see if it’s good enough to remain a contender.

Our leasing partner, ZenAuto, is offering the Nissan Qashqai from £356 per month.

Renault
Kadjar
2 out of 5 2.0
Advertisement
How much is it to insure?